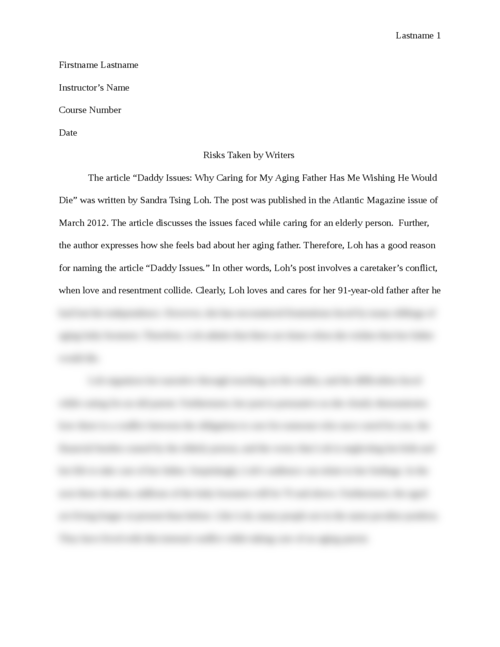 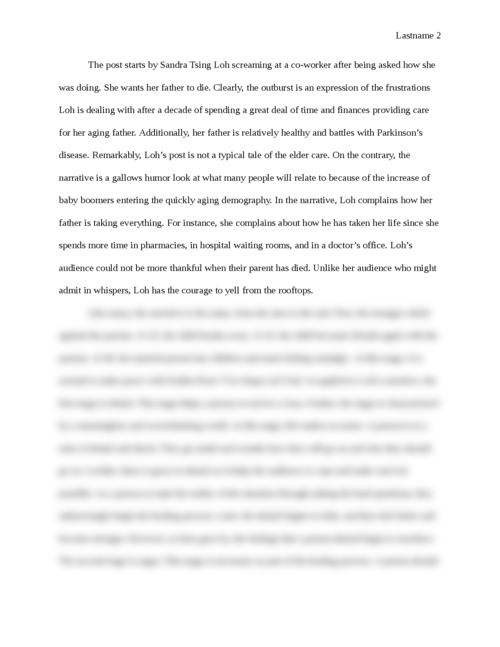 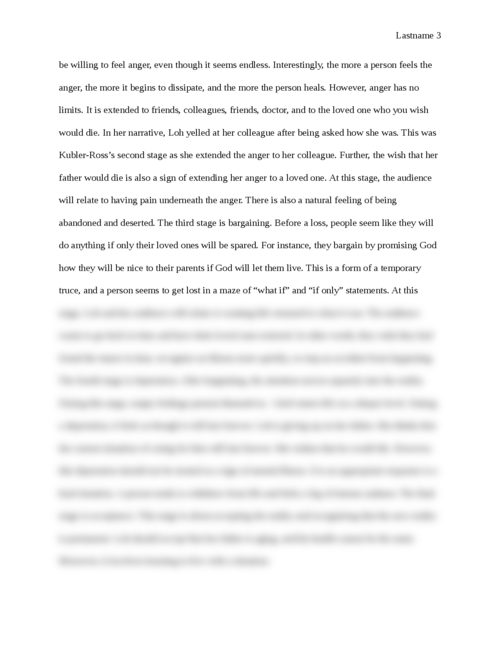 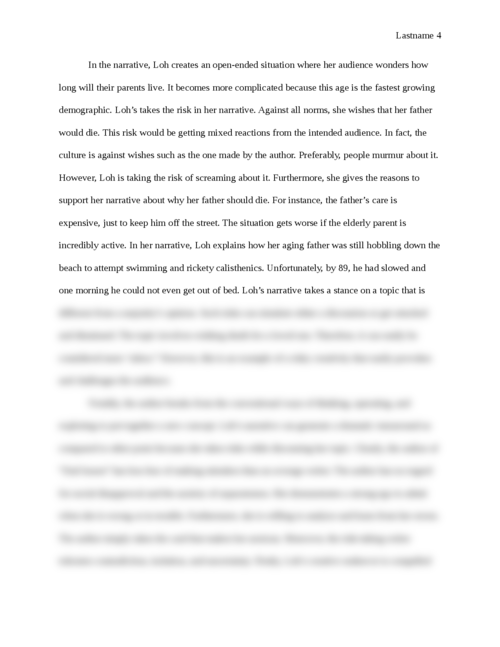 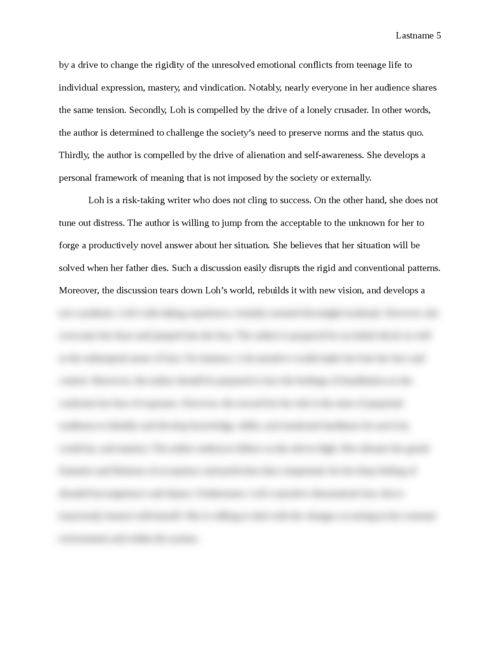 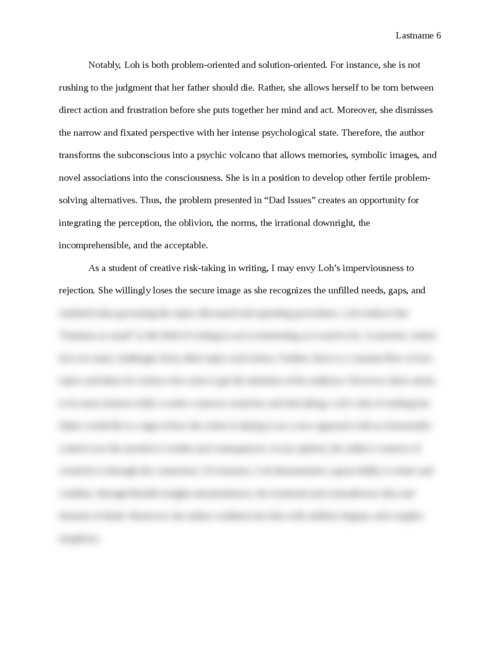 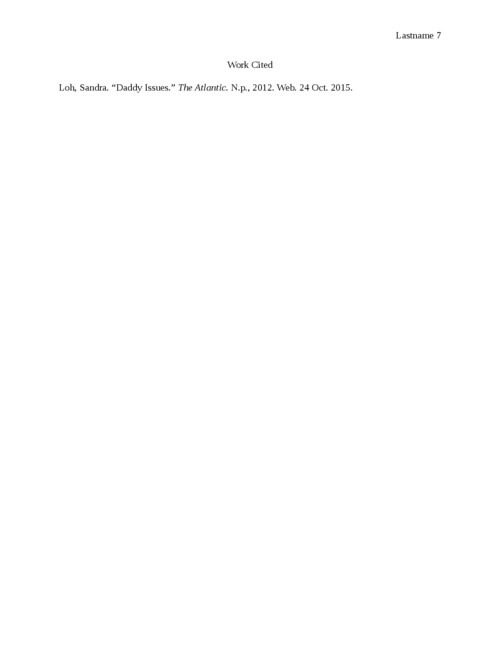 Risks Taken By The Writers

The article “Daddy Issues: Why Caring for My Aging Father Has Me Wishing He Would Die” was written by Sandra Tsing Loh. The post was published in the Atlantic Magazine issue of March 2012. The article discusses the issues faced while caring for an elderly person.  Further, the author expresses how she feels bad about her aging father. Therefore, Loh has a good reason for naming the article “Daddy Issues.” In other words, Loh’s post involves a caretaker’s conflict, when love and resentment collide. Clearly, Loh loves and cares for her 91-year-old father after he had lost his independence. However, she has encountered frustrations faced by many siblings of aging baby boomers. Therefore, Loh admits that there are times when she wishes that her father would die.

Loh organizes her narrative through touching on the reality, and the difficulties faced while caring for an old parent. Furthermore, her post is persuasive as she clearly demonstrates how there is a conflict between the obligation to care for someone who once cared for you, the financial burden caused by the elderly person, and the worry that Loh is neglecting her kids and her life to take care of her father. Surprisingly, Loh’s audience can relate to her feelings.