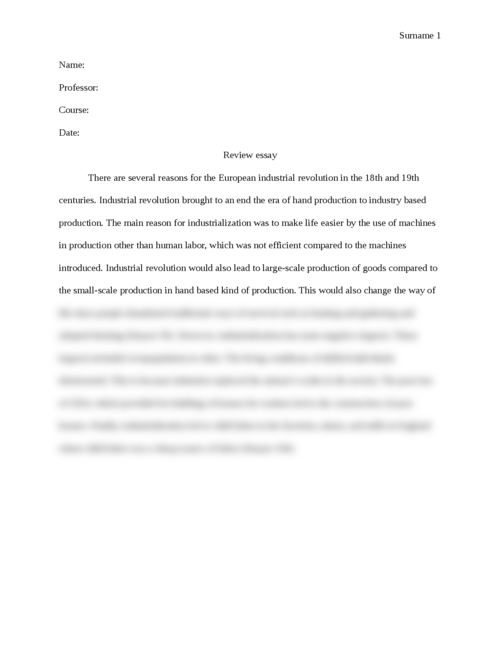 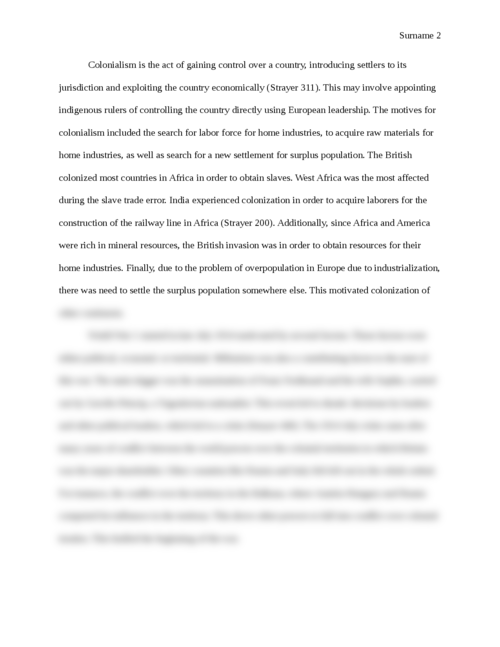 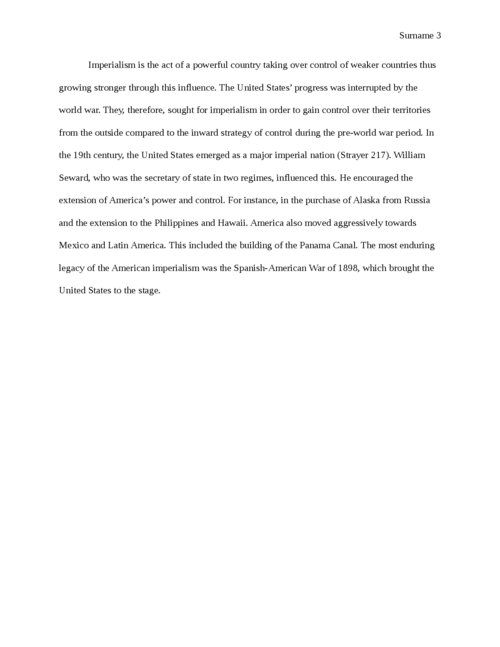 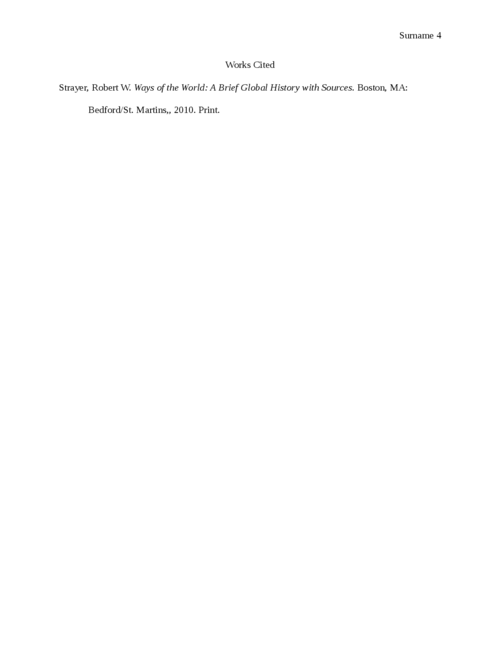 Review: Ways Of The World By Robert W. Strayer

Write a review essay from the book "Ways of The World" second edition, A brief Global History With sources. by Robert W. Strayer.

There are several reasons for the European industrial revolution in the 18th and 19th centuries. Industrial revolution brought to an end the era of hand production to industry based production. The main reason for industrialization was to make life easier by the use of machines in production other than human labor, which was not efficient compared to the machines introduced. Industrial revolution would also lead to large-scale production of goods compared to the small-scale production in hand based kind of production. This would also change the way of life since people abandoned traditional ways of survival such as hunting and gathering and adopted farming (Strayer 50). However, industrialization has some negative impacts. These impacts included overpopulation in cities. The living conditions of skilled individuals deteriorated. This is because industries replaced the artisan’s works in the society. The poor law of 1834, which provided for building of houses for workers led to the construction of poor houses. Finally, industrialization led to child labor in the factories, mines, and mills in England where child labor was a cheap source of labor (Strayer 104).