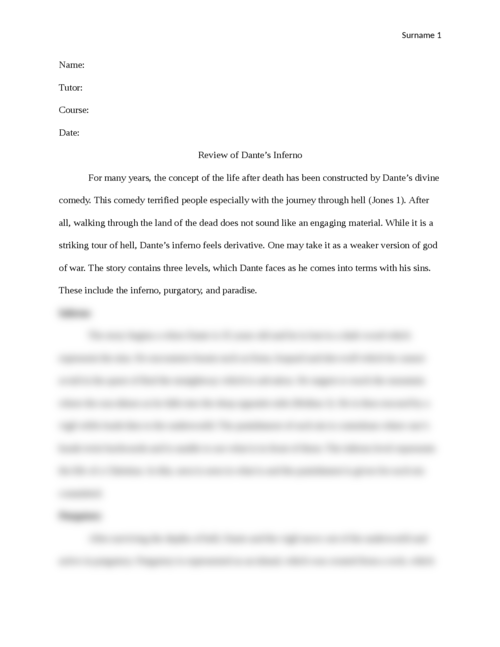 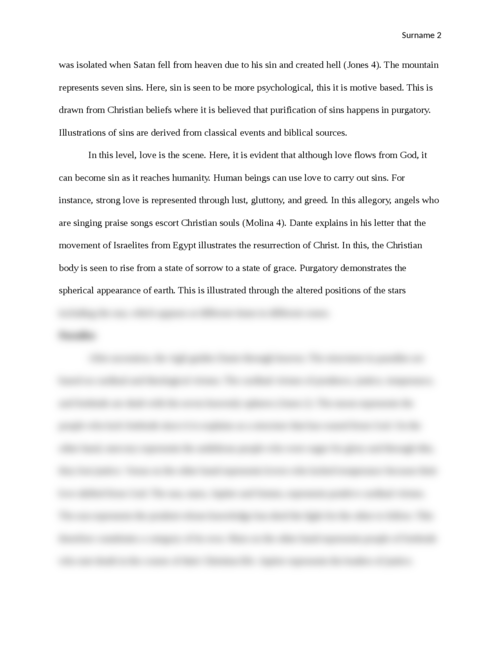 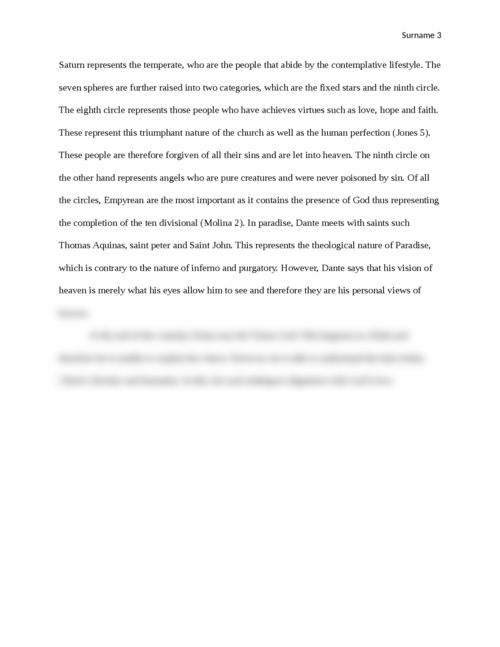 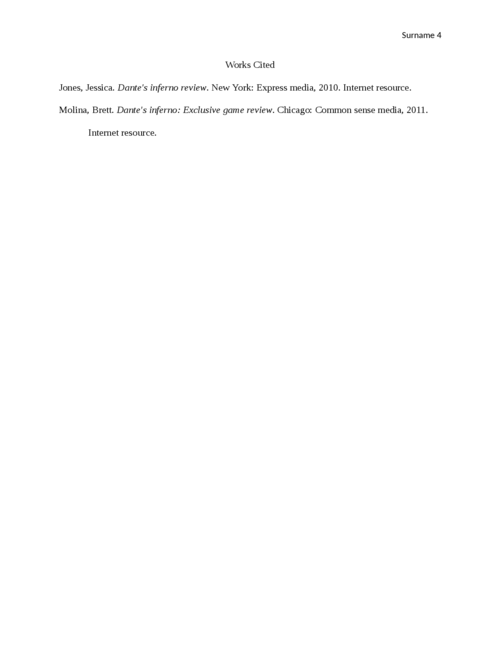 Select three circles (or sublevels) of Inferno and explain how the punishment fits the sin.

For many years, the concept of the life after death has been constructed by Dante’s divine comedy. This comedy terrified people especially with the journey through hell (Jones 1). After all, walking through the land of the dead does not sound like an engaging material. While it is a striking tour of hell, Dante’s inferno feels derivative. One may take it as a weaker version of god of war. The story contains three levels, which Dante faces as he comes into terms with his sins. These include the inferno, purgatory, and paradise.

The story begins a when Dante is 35 years old and he is lost in a dark wood which represents his sins. He encounters beasts such as lions, leopard and she-wolf which he cannot avoid in his quest of find the straightway which is salvation. He targets to reach the mountain where the sun shines as he falls into the deep opposite side (Molina 3).