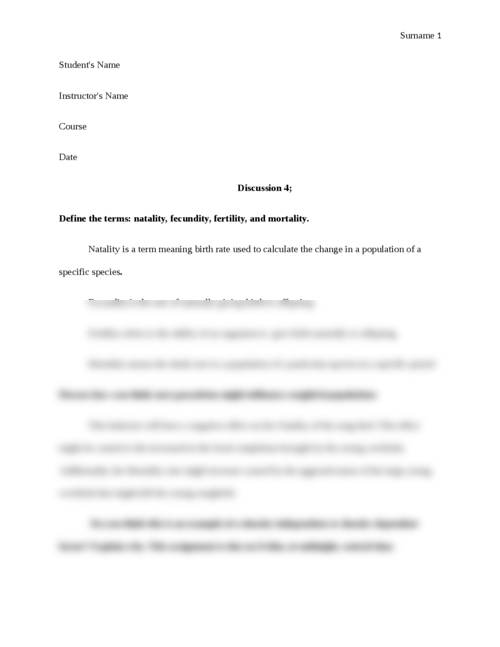 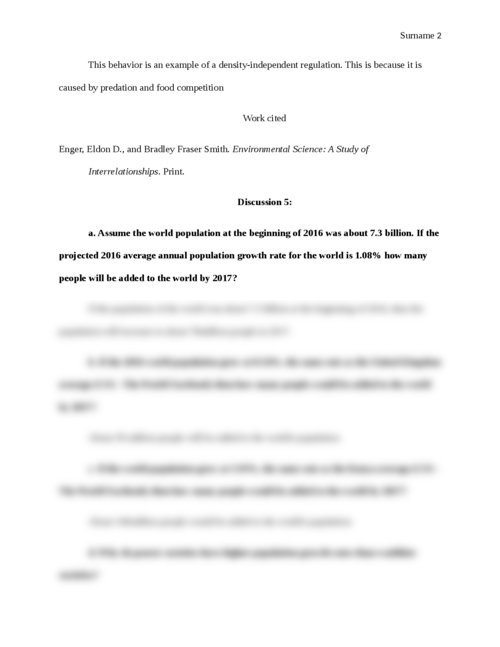 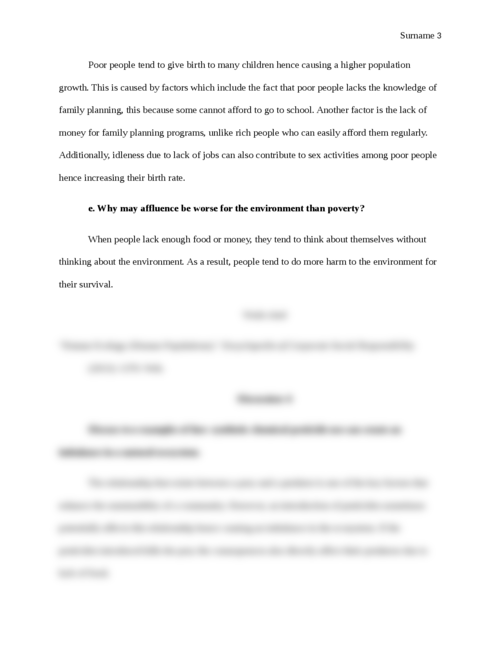 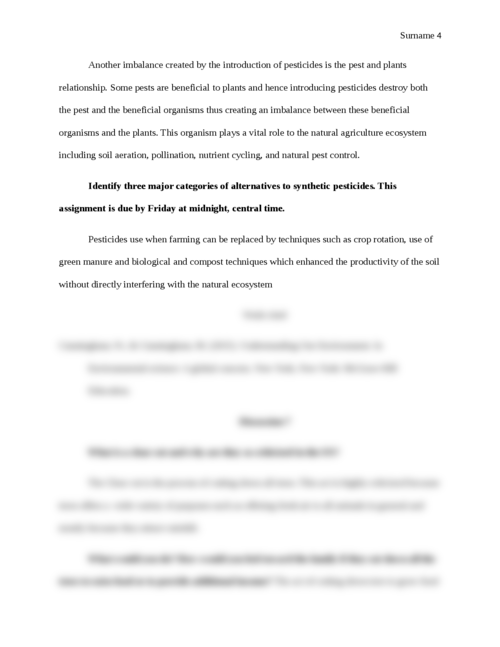 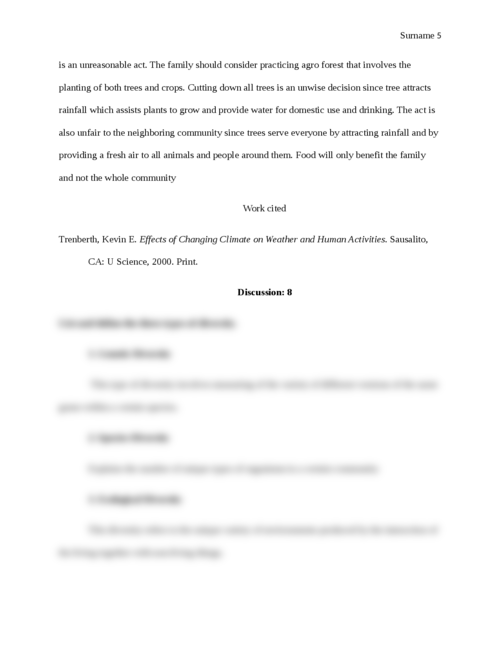 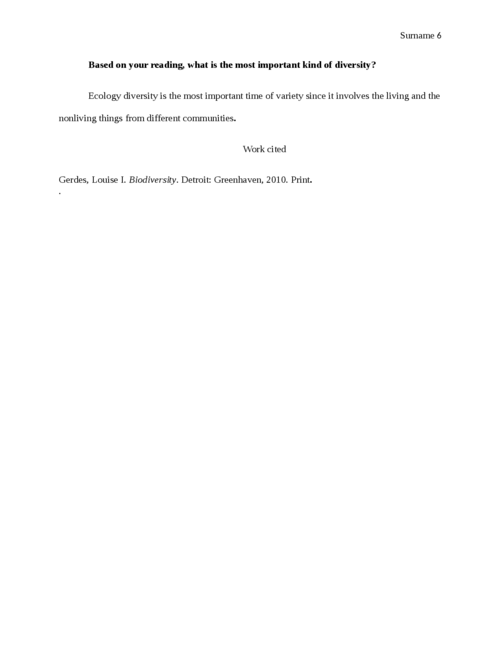 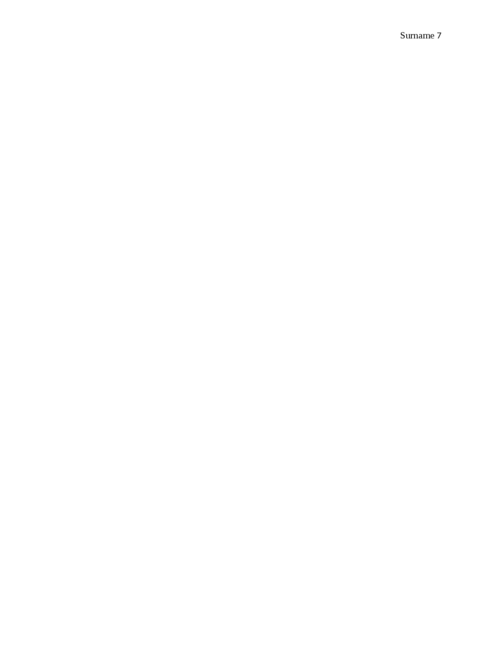 Define the terms: natality, fecundity, fertility and mortality. Various factors regulate population growth by affecting natality or mortality. Nest parasitism is practiced by brown headed cowbirds. Originally called buffalo birds, these birds were adapted to following migratory bison herds picking up seeds and insects from the droppings. Because they did not stay in one place long enough to nest, they started laying eggs in the nests of other species for them to raise. The young cowbirds are usually larger and more aggressive than the resident chicks. Discuss how you think nest parasitism might influence songbird populations. Do you think this is an example of a density-independent or density-dependent factor? Explain why.

a.Assume the world population at the beginning of 2016 was about 7.3 billion. If the projected 2016 average annual population growth rate for the world is 1.08% how many people will be added to the world by 2017?

b.If the 2016 world population grew at 0.54%, the same rate as the United Kingdom average (CIA - The World Factbook) then how many people would be added to the world by 2017?

c.If the world population grew at 1.93%, the same rate as the Kenya average (CIA - The World Factbook) then how many people would be added to the world by 2017?

e.Why may affluence be worse for the environment than poverty?

Discuss two examples of how synthetic chemical pesticide use can create an imbalance in a natural ecosystem. Identify three major categories of alternatives to synthetic pesticides.

What is a clear cut and why are they so criticized in the US? Now imagine you and your family live in a country where the average annual income per household is only $300. However, you live in an area where the ground would support crops, all you have to do is cut down trees (clear cut). What would you do? How would you feel toward the family if they cut down all the trees to raise food or to provide additional income?

List and define the three types of diversity. Based on your reading, what is the most important kind of diversity?

Natality is a term meaning birth rate used to calculate the change in a population of a specific species.

Fecundity is the rate of naturally giving birth to offspring.

Discuss two examples of how synthetic chemical pesticide use can create an imbalance in a natural ecosystem.

The relationship that exists between a prey and a predator is one of the key factors that enhance the sustainability of a community. However, an introduction of pesticides sometimes potentially affects this relationship hence causing an imbalance in the ecosystem. If the pesticides introduced kills the prey the consequences also directly affect their predators due to lack of food.