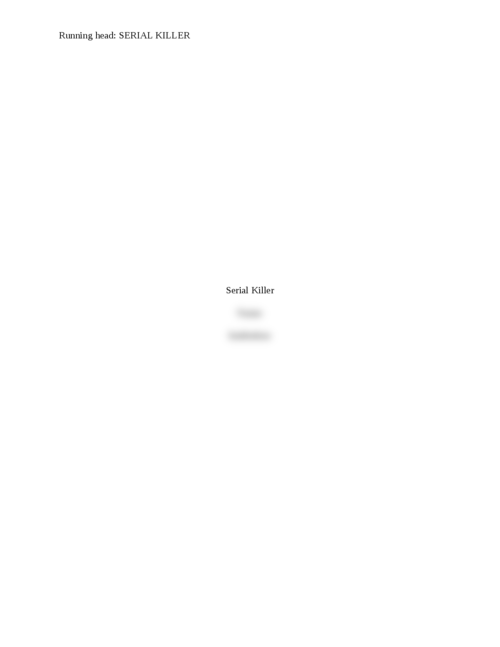 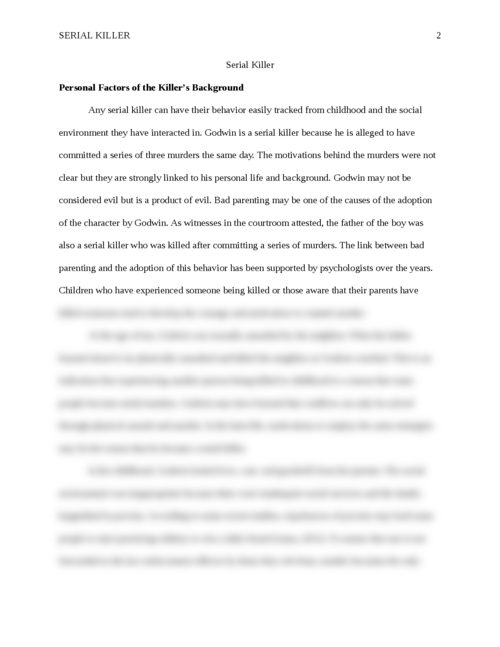 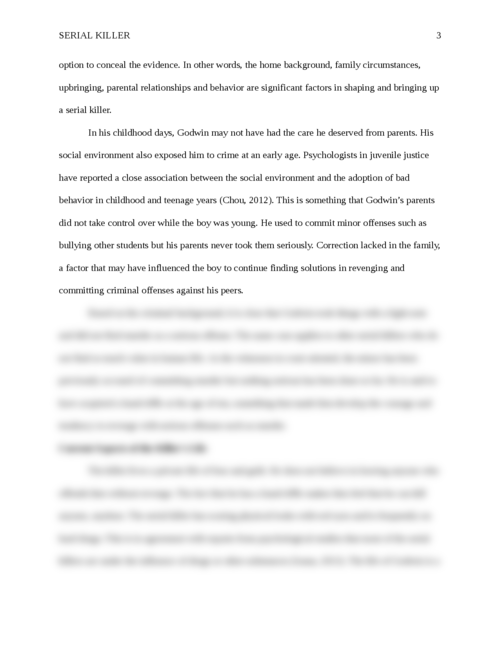 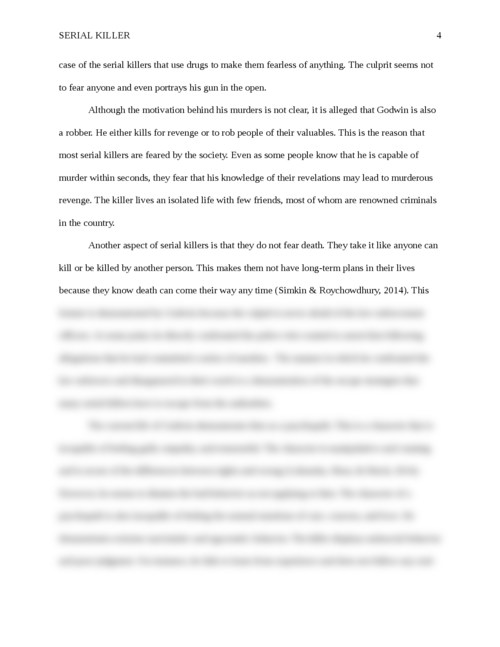 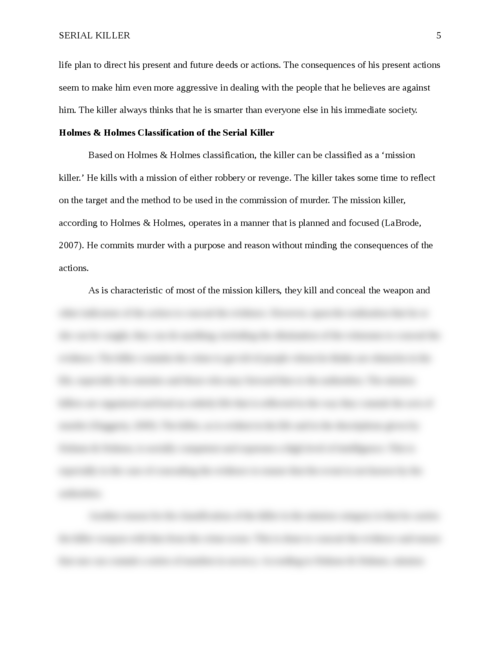 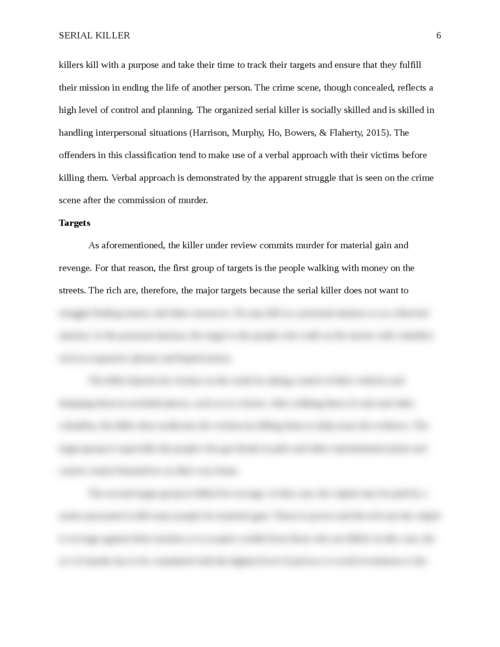 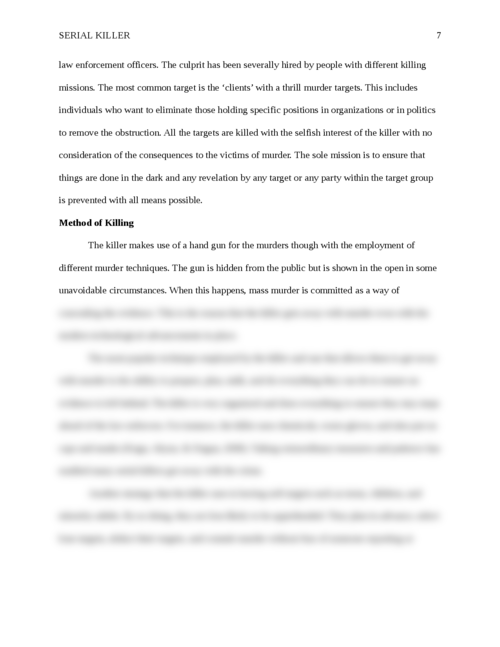 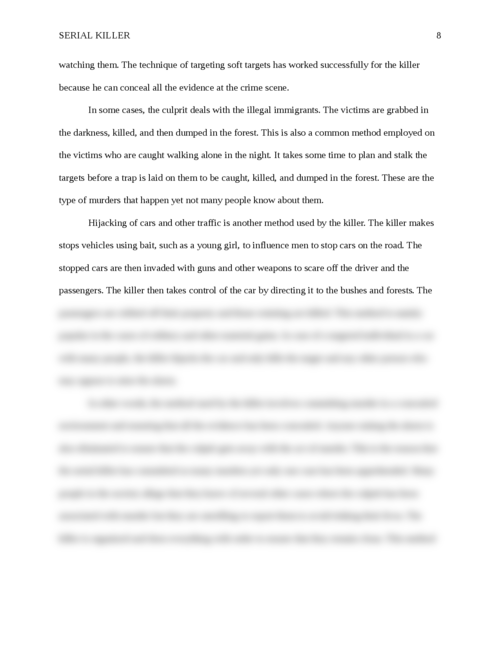 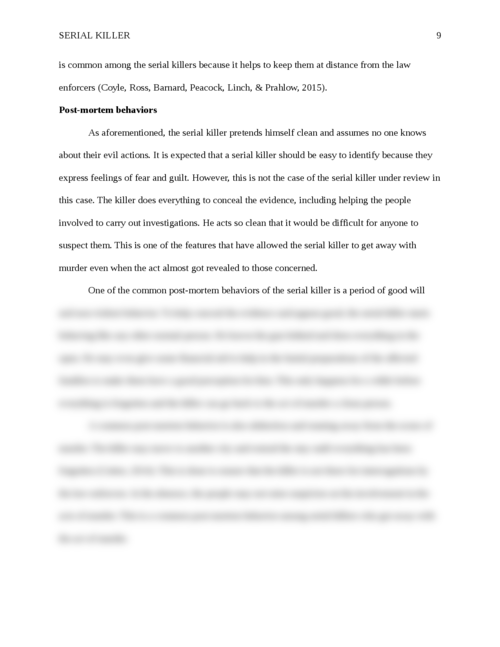 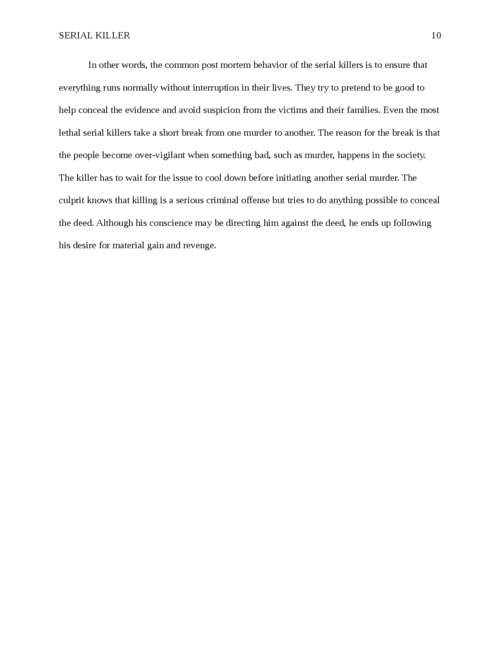 Your task is to invent the perfect serial killer. The killer can be anything you want him/her to be. You need to consider

Separate the paper into these six sections with individual headings. All parts are equally important. Every detail you provide needs to be justified with an explanation. More importantly, you need to cite any supporting research you can identify. You can use any of the materials I have provided, as well as any journal articles you find.

Any use of Wikipedia, or web resources of its kind, is an automatic F. You need to find RESEARCH and simply using Google does not count as research! This will require you to go through the library databases of articles. This paper is not for a class on literature or fiction. When you present facts about your killer, note the research corresponding to your work.

Personal Factors of the Killer’s Background

Any serial killer can have their behavior easily tracked from childhood and the social environment they have interacted in. Godwin is a serial killer because he is alleged to have committed a series of three murders the same day. The motivations behind the murders were not clear but they are strongly linked to his personal life and background. Godwin may not be considered evil but is a product of evil. Bad parenting may be one of the causes of the adoption of the character by Godwin. As witnesses in the courtroom attested, the father of the boy was also a serial killer who was killed after committing a series of murders. The link between bad parenting and the adoption of this behavior has been supported by psychologists over the years. Children who have experienced someone being killed or those aware that their parents have killed someone tend to develop the courage and motivation to commit murder.

At the age of ten, Godwin was sexually assaulted by his neighbor. When his father learned about it, he physically assaulted and killed the neighbor as Godwin watched. This is an indication that experiencing another person being killed in childhood is a reason that some people become serial murders. Godwin may have learned that conflicts can only be solved through physical assault and murder.