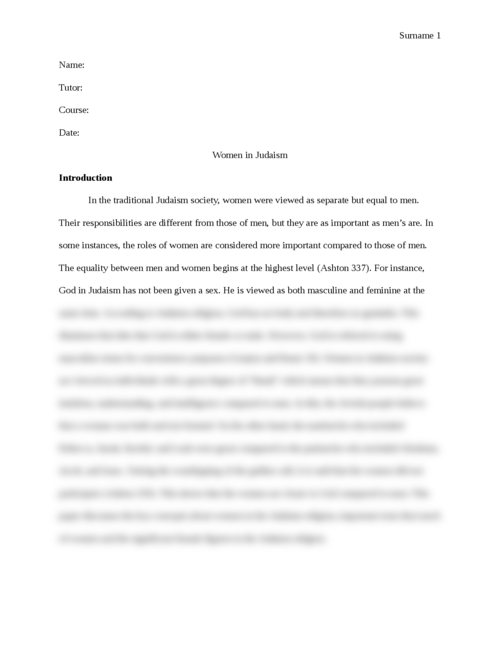 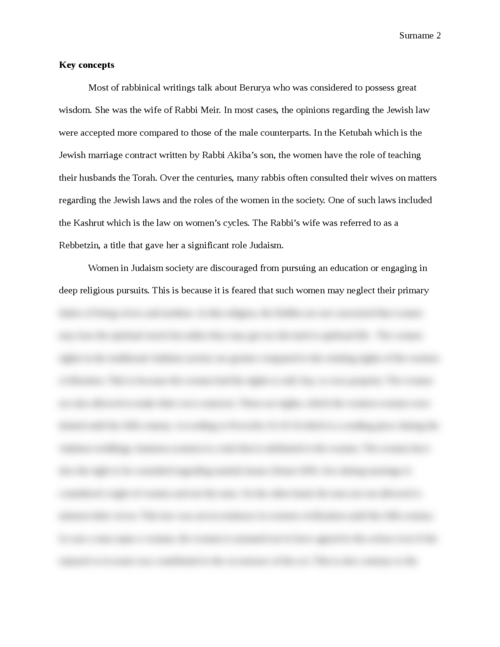 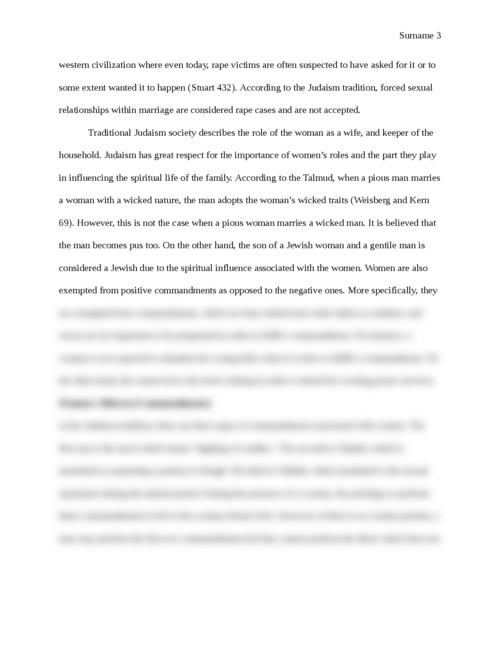 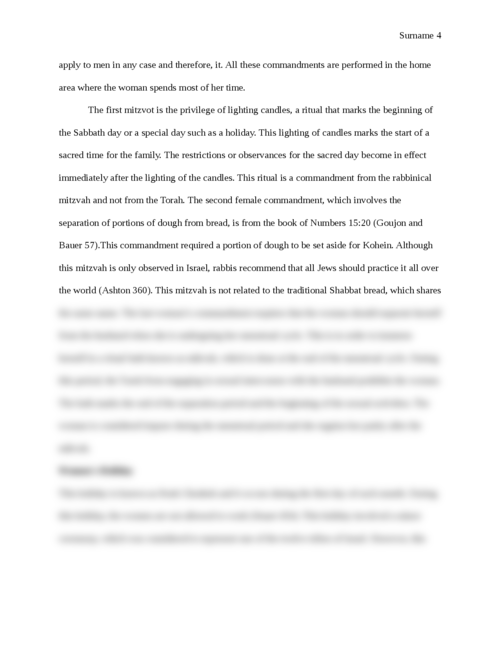 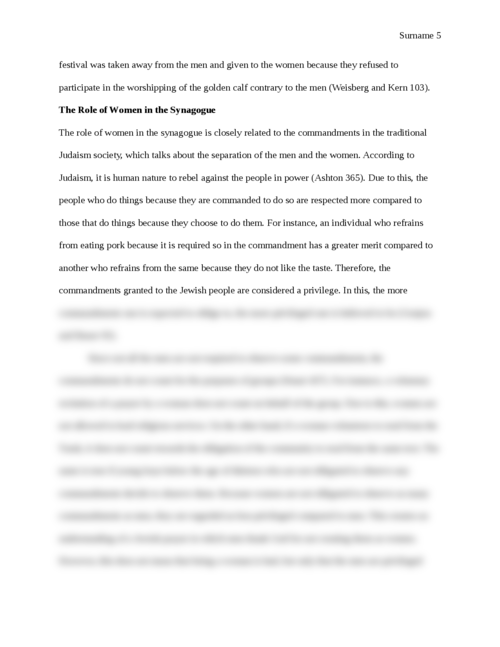 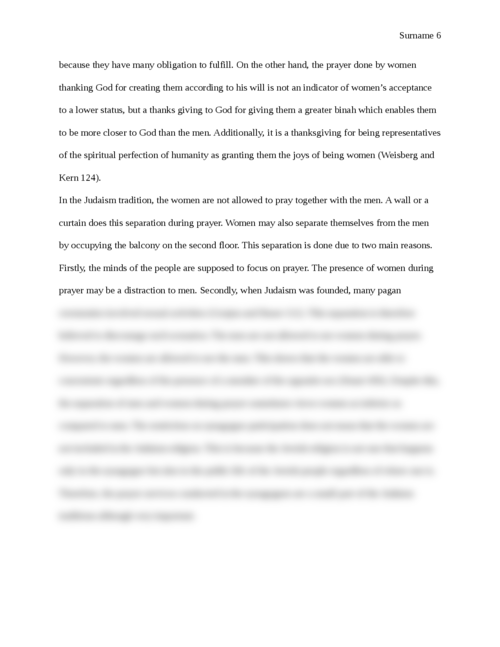 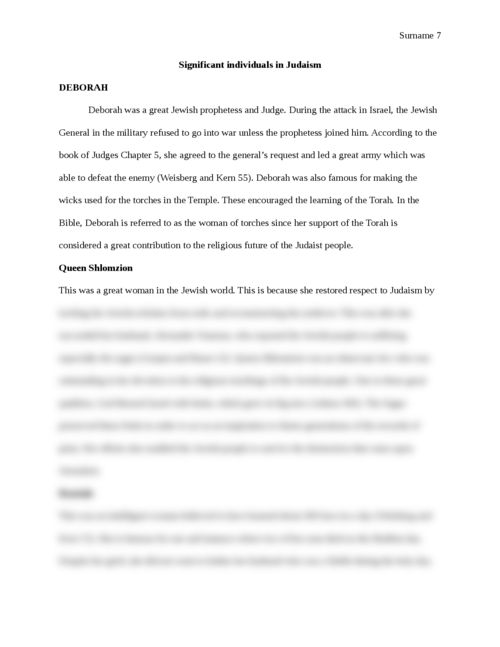 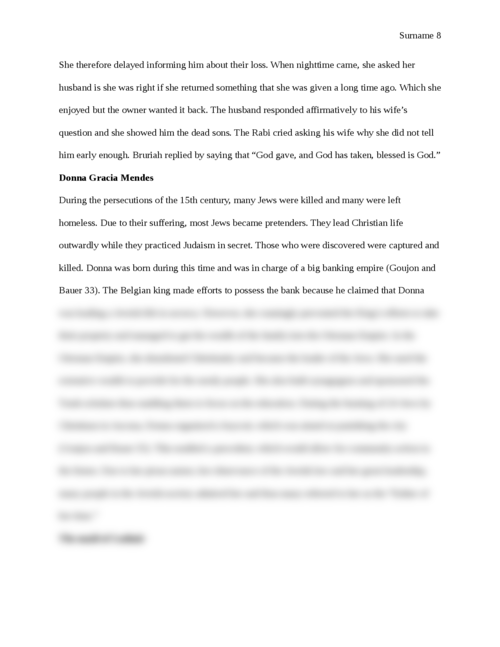 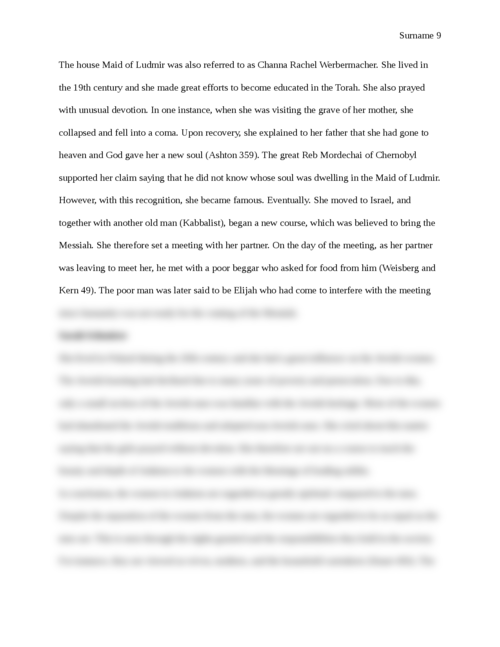 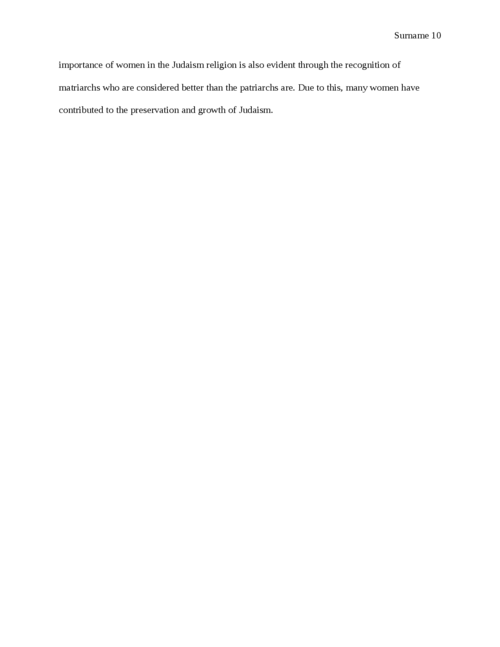 Research Paper On "Women In Judaism"

Research paper on the topic "Women in Judaism"  key concepts, texts and significant individuals in a tradition

In the traditional Judaism society, women were viewed as separate but equal to men. Their responsibilities are different from those of men, but they are as important as men’s are. In some instances, the roles of women are considered more important compared to those of men. The equality between men and women begins at the highest level (Ashton 337). For instance, God in Judaism has not been given a sex. He is viewed as both masculine and feminine at the same time. According to Judaism religion, God has no body and therefore no genitalia. This dismisses that idea that God is either female or male. However, God is referred to using masculine terms for convenience purposes (Goujon and Bauer 39). Women in Judaism society are viewed as individuals with a great degree of “binah” which means that they possess great intuition, understanding, and intelligence compared to men. In this, the Jewish people believe that a woman was built and not formed. On the other hand, the matriarchs who included Rebecca, Sarah, Rachel, and Leah were great compared to the patriarchs who included Abraham, Jacob, and Isaac. During the worshipping of the golden calf, it is said that the women did not participate (Ashton 339). This shows that the women are closer to God compared to men. This paper discusses the key concepts about women in the Judaism religion, important texts that touch of women and the significant female figures in the Judaism religion.