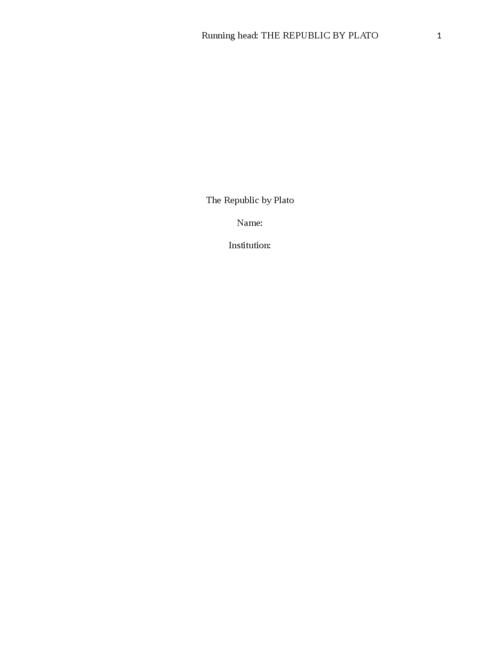 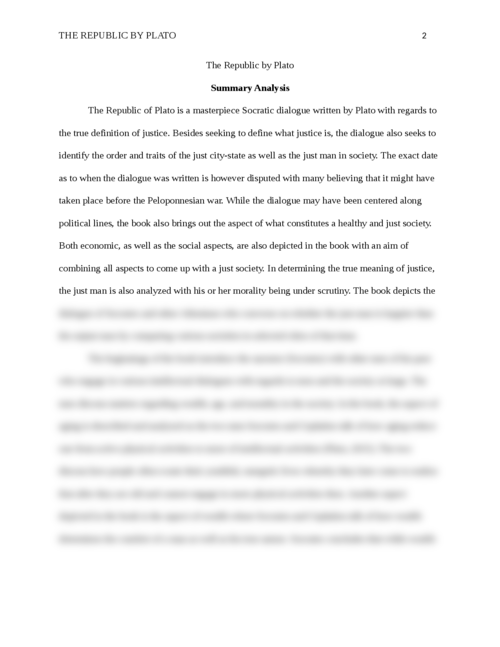 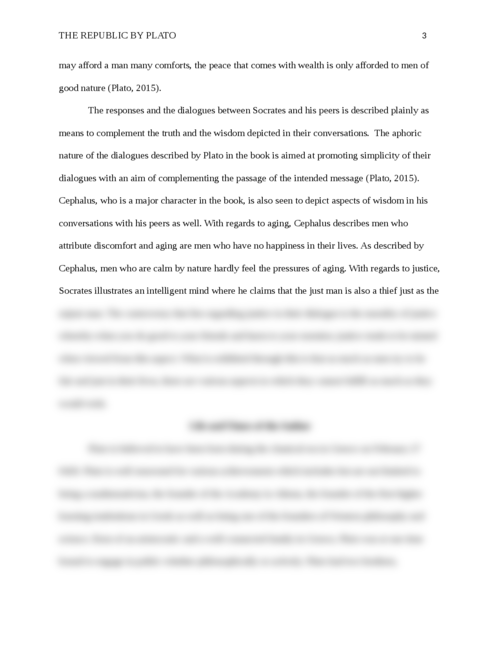 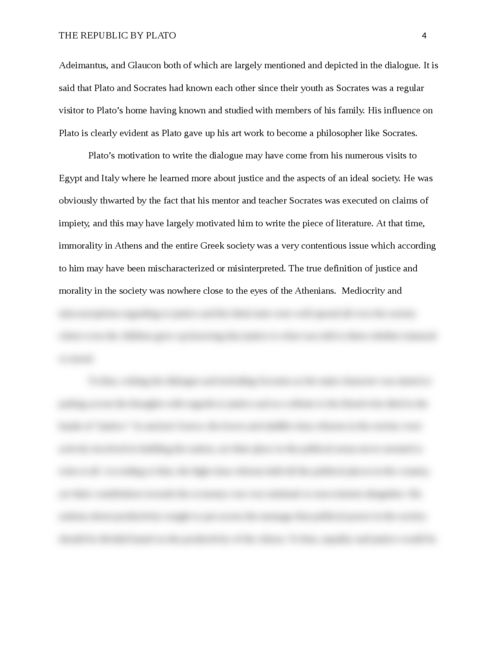 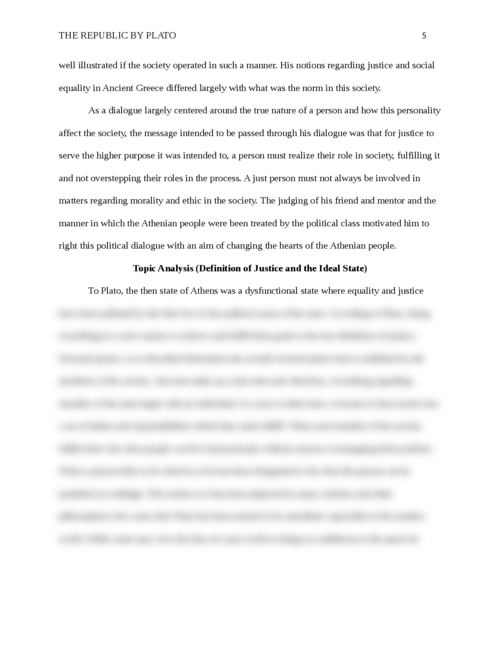 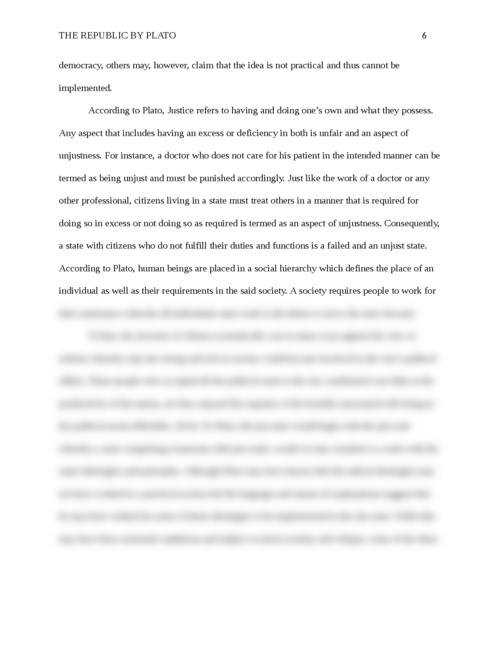 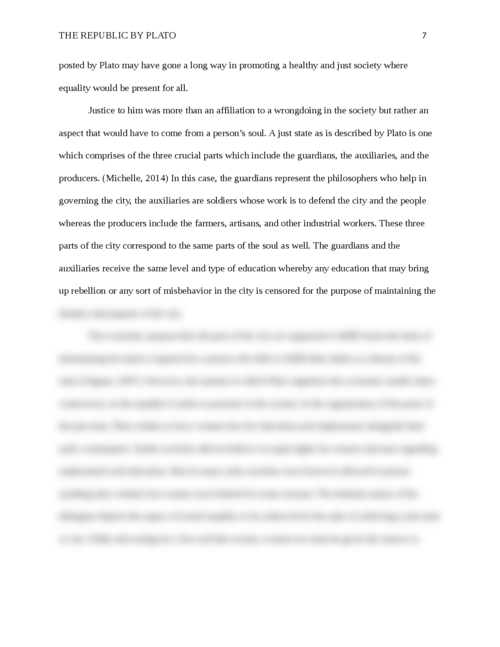 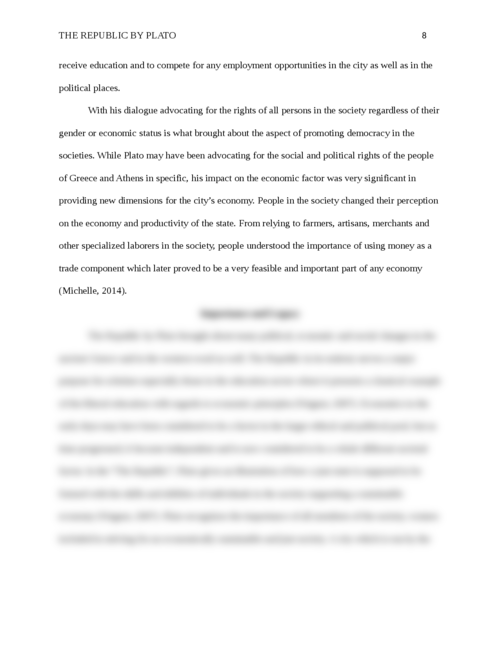 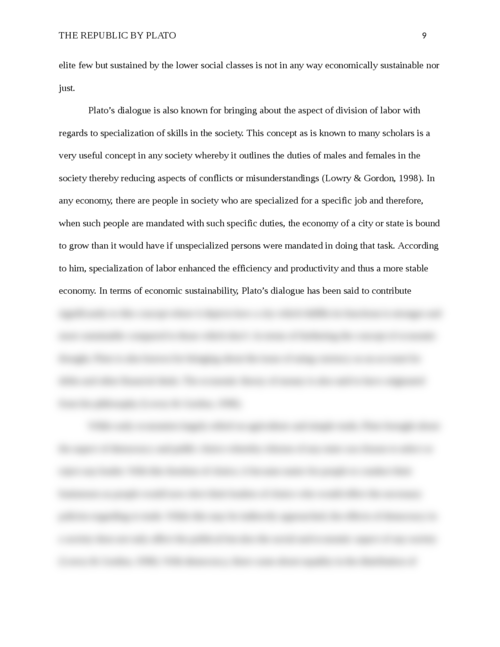 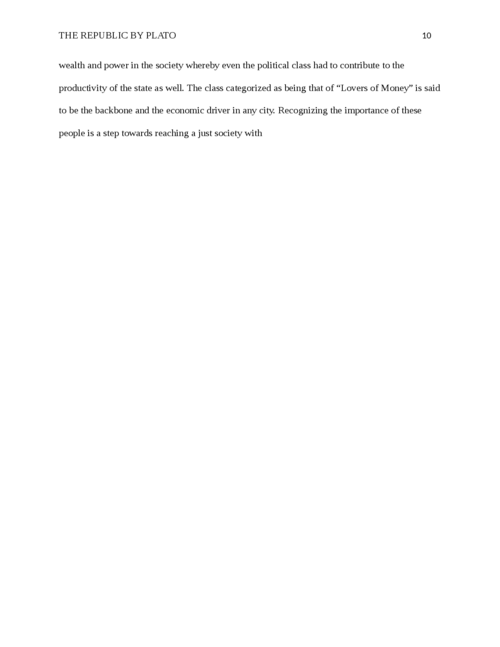 Research Paper On The Republic By Plato

Titles must be approved by the instructor no later than the end of February, 2014.

The structure of the critical evaluation research paper is outlined below:

The student will summarize the major points of the work. (2-3 pages)

Life and Times of the Author

The student will chronicle the life of the author or the work as well as the economic issues of the day. Special emphasis will be placed on the motivation of the author in writing the book. (2-3 pages)

The student will select a major topic contained within the work and research/analyze it. The student is encouraged to employ additional primary works in the analysis. (4-6 pages)

The student will describe the importance and enduring legacy of the selected classic work in the history of economic thought. (2-3 pages.)

The Republic by Plato

The Republic of Plato is a masterpiece Socratic dialogue written by Plato with regards to the true definition of justice. Besides seeking to define what justice is, the dialogue also seeks to identify the order and traits of the just city-state as well as the just man in society. The exact date as to when the dialogue was written is however disputed with many believing that it might have taken place before the Peloponnesian war. While the dialogue may have been centered along political lines, the book also brings out the aspect of what constitutes a healthy and just society. Both economic, as well as the social aspects, are also depicted in the book with an aim of combining all aspects to come up with a just society. In determining the true meaning of justice, the just man is also analyzed with his or her morality being under scrutiny. The book depicts the dialogue of Socrates and other Athenians who converse on whether the just man is happier than the unjust man by comparing various societies in selected cities of that time.

The beginnings of the book introduce the narrator (Socrates) with other men of his peer who engage in various intellectual dialogues with regards to men and the society at large. The men discuss matters regarding wealth, age, and morality in the society. In the book, the aspect of aging is described and analyzed as the two men Socrates and Cephalus talk of how aging reduce one from active physical activities to more of intellectual activities (Plato, 2015). The two discuss how people often waste their youthful, energetic lives whereby they later come to realize that after they are old and cannot engage in more physical activities then. Another aspect depicted in the book is the aspect of wealth where Socrates and Cephalus talk of how wealth determines the comfort of a man as well as his true nature. Socrates concludes that while wealth may afford a man many comforts, the peace that comes with wealth is only afforded to men of good nature (Plato, 2015).