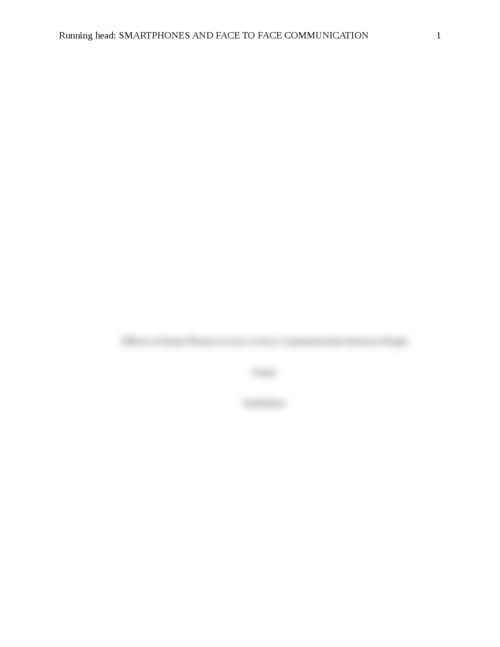 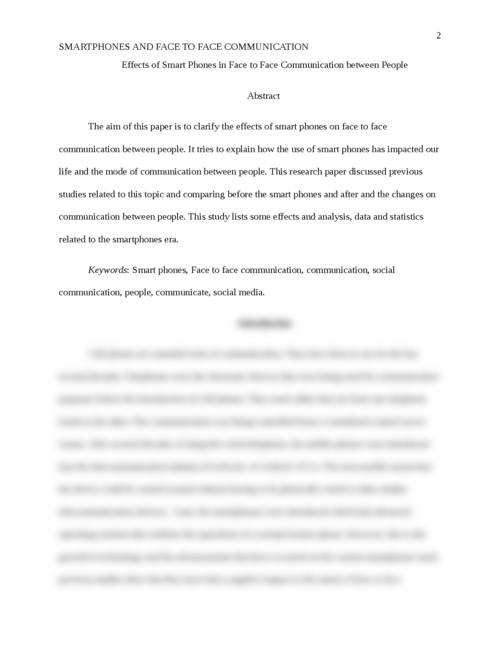 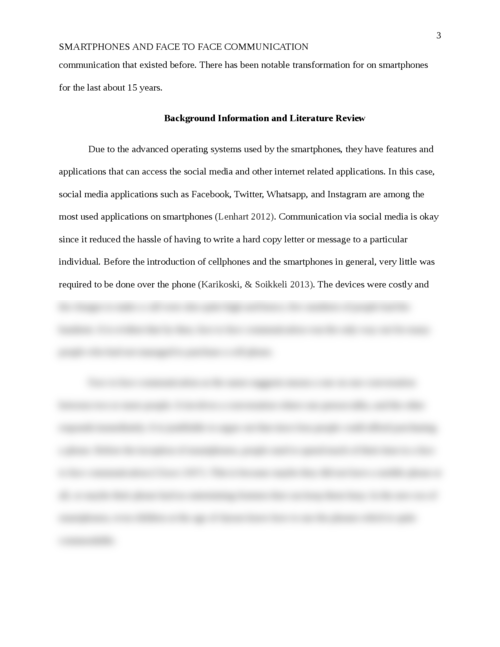 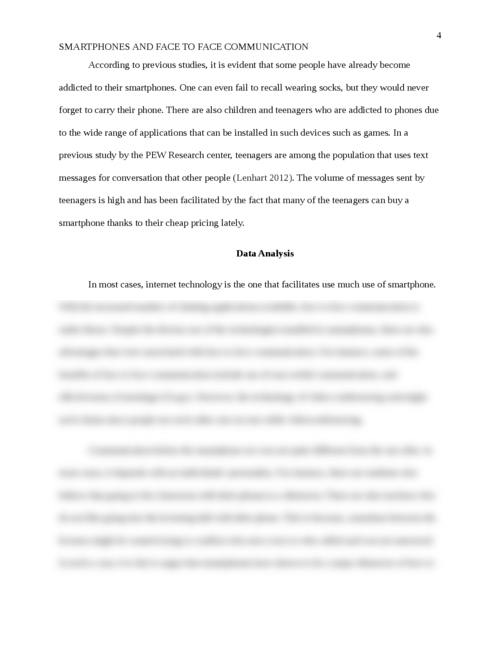 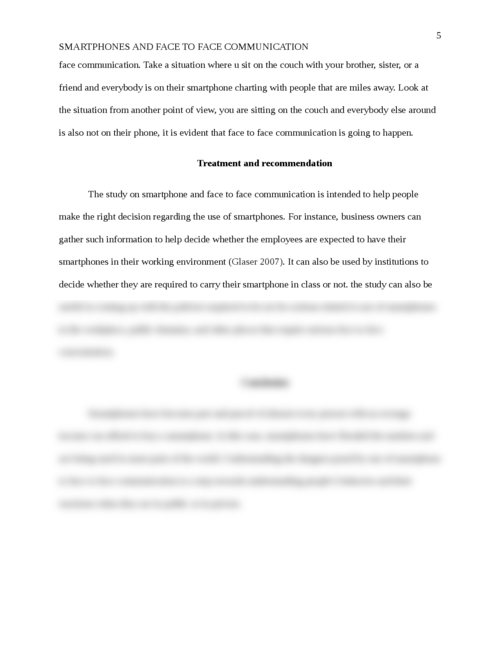 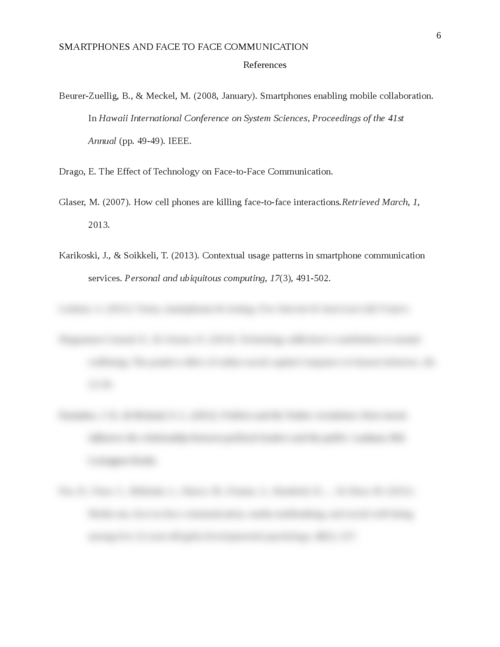 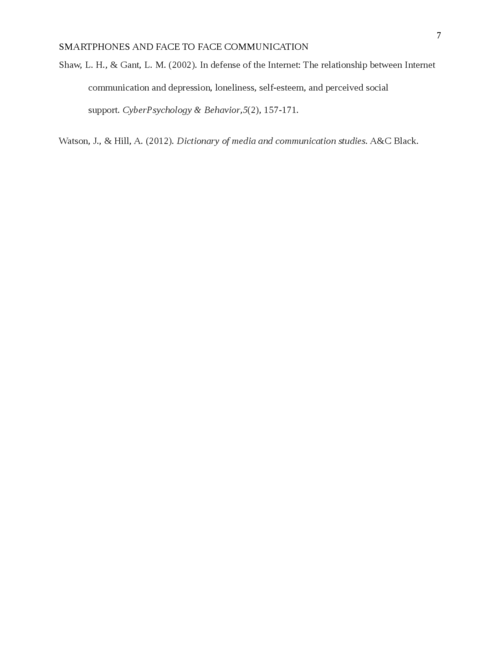 An Analytical research paper on the effects of smart phones on face to face communication.

Effects of Smart Phones in Face to Face Communication between People

Cell phones are essential tools of communication. They have been in use for the last several decades. Telephones were the electronic devices that were being used for communication purposes before the introduction of cell phones. They used cables that ran from one telephone booth to the other. The communication was being controlled from a centralized control server rooms. After several decades of using the wired telephone, the mobile phones were introduced into the telecommunication industry (Karikoski, & Soikkeli 2013). The term mobile meant that the device could be carried around without having to be physically wired to other similar telecommunication devices.  Later, the smartphones were introduced which had advanced operating systems that outdone the operations of a normal feature phone.