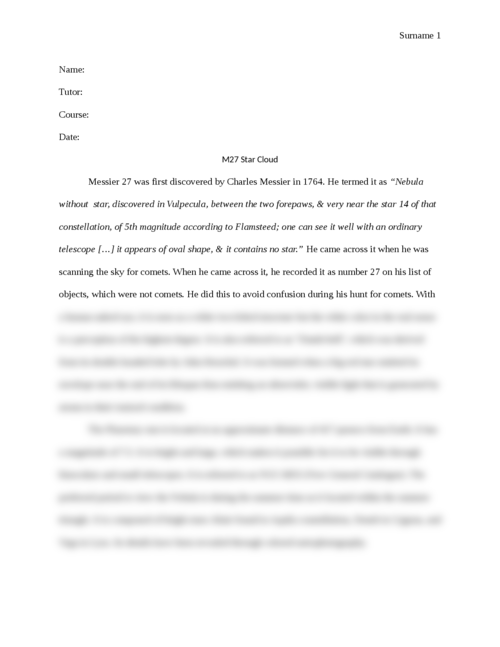 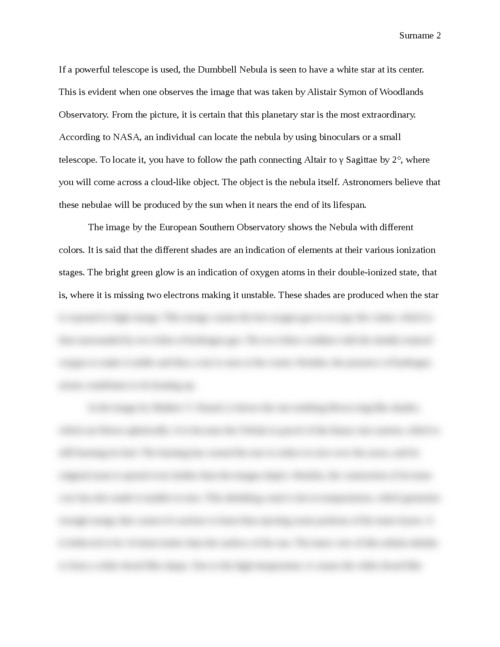 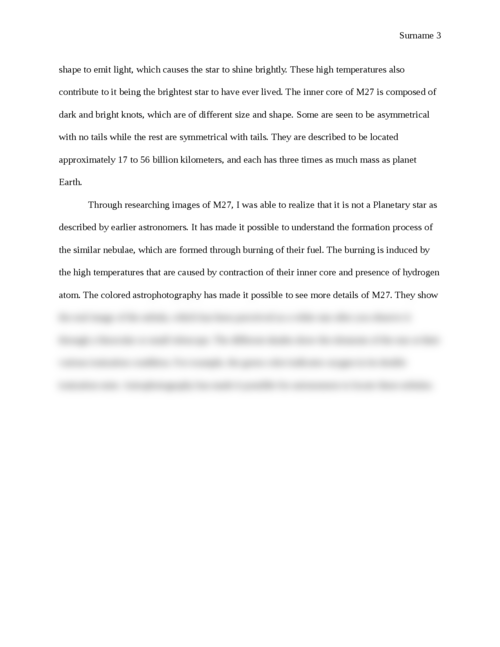 Choose some of M27 star cloud's images, research them and write a paper about what you learned from the research. (Need to include some of your analysis)

Messier 27 was first discovered by Charles Messier in 1764. He termed it as “Nebula without  star, discovered in Vulpecula, between the two forepaws, & very near the star 14 of that constellation, of 5th magnitude according to Flamsteed; one can see it well with an ordinary telescope […] it appears of oval shape, & it contains no star.” He came across it when he was scanning the sky for comets. When he came across it, he recorded it as number 27 on his list of objects, which were not comets. He did this to avoid confusion during his hunt for comets. With a human naked eye, it is seen as a white two-lobed structure but the white color in the real sense is a perception of the highest degree. It is also referred to as "Dumb-bell", which was derived from its double headed lobe by John Herschel. It was formed when a big red star emitted its envelope near the end of its lifespan thus emitting an ultraviolet, visible light that is generated by atoms in their ionized condition. 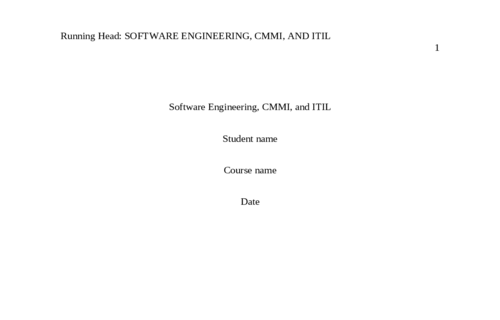 Astronomy (and other Space Sciences) 9 Pages

Astronomy (and other Space Sciences) 4 Pages

Look to the Stars