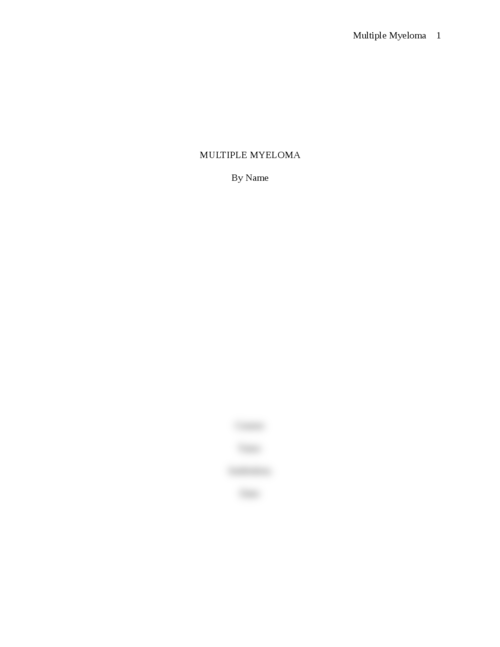 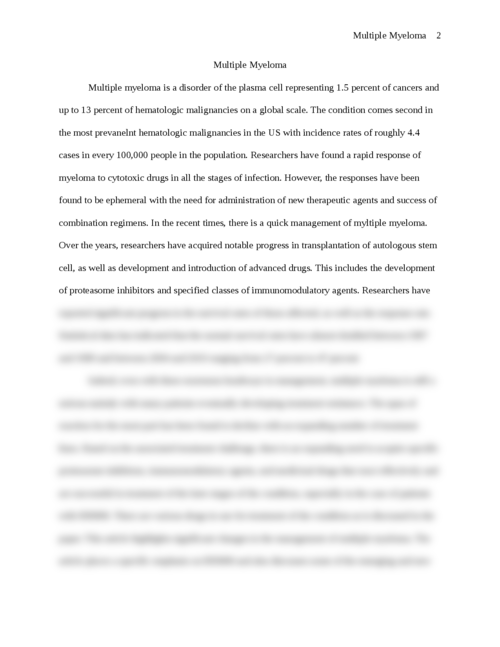 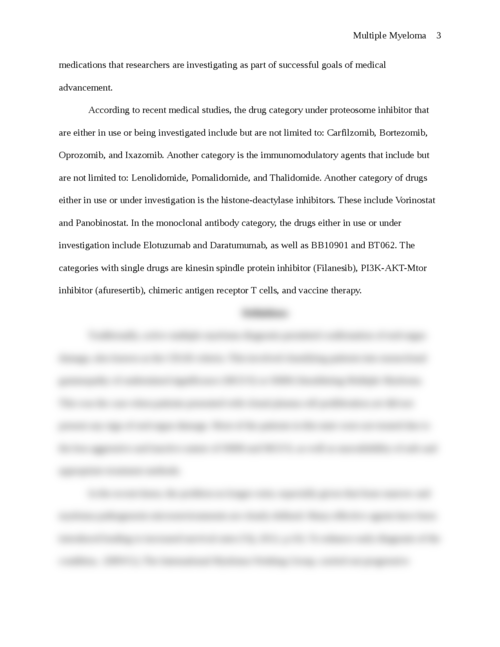 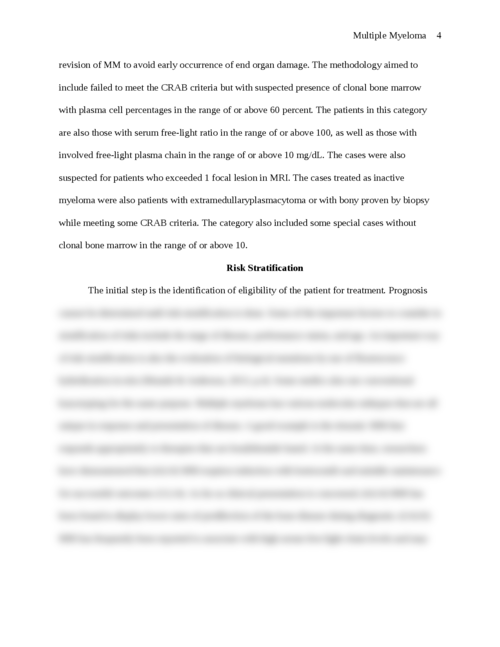 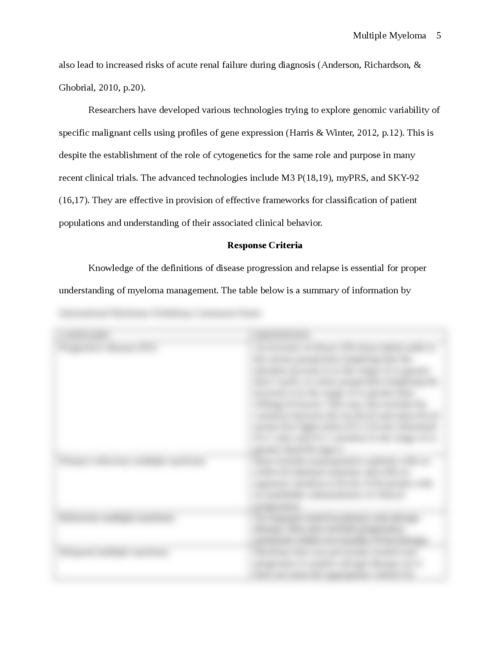 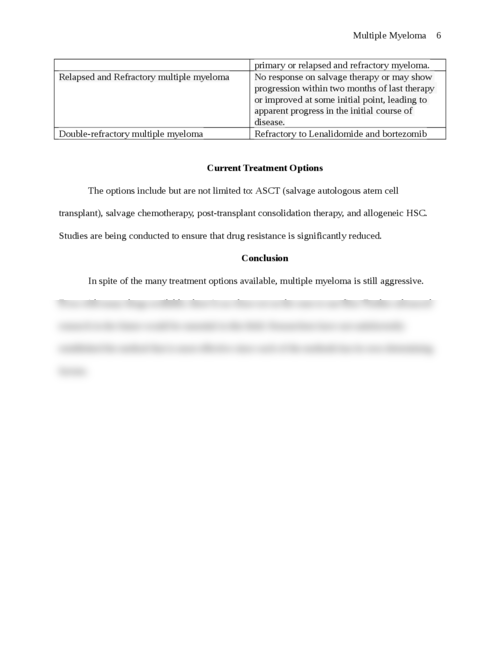 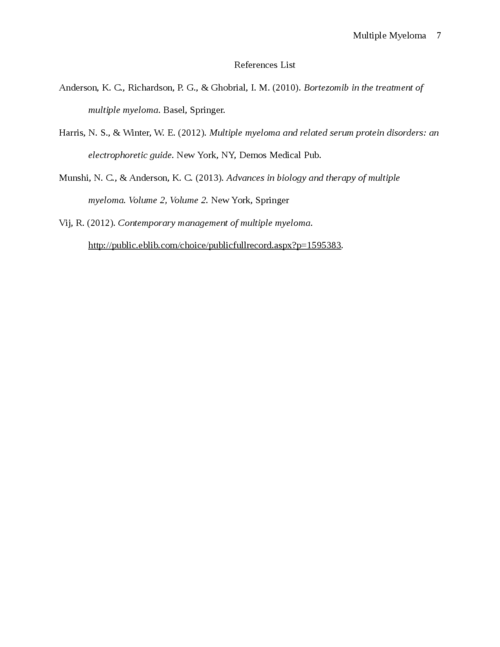 Write a general introduction on multiple myeloma and how it's risk  stratification is done.

Multiple myeloma is a disorder of the plasma cell representing 1.5 percent of cancers and up to 13 percent of hematologic malignancies on a global scale. The condition comes second in the most prevanelnt hematologic malignancies in the US with incidence rates of roughly 4.4 cases in every 100,000 people in the population. Researchers have found a rapid response of myeloma to cytotoxic drugs in all the stages of infection. However, the responses have been found to be ephemeral with the need for administration of new therapeutic agents and success of combination regimens. In the recent times, there is a quick management of myltiple myeloma. Over the years, researchers have acquired notable progress in transplantation of autologous stem cell, as well as development and introduction of advanced drugs. This includes the development of proteasome inhibitors and specified classes of immunomodulatory agents. Researchers have reported significant progress in the survival rates of those affected, as well as the response rate. Statistical data has indicated that the normal survival rates have almost doubled between 1987 and 1989 and between 2004 and 2010 ranging from 27 percent to 47 percent 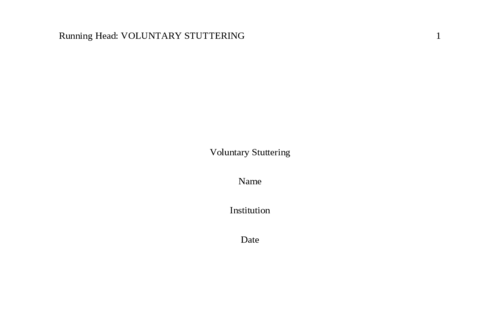 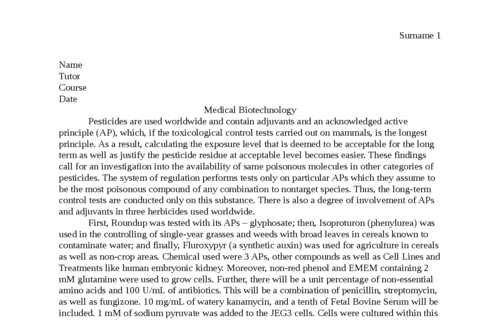 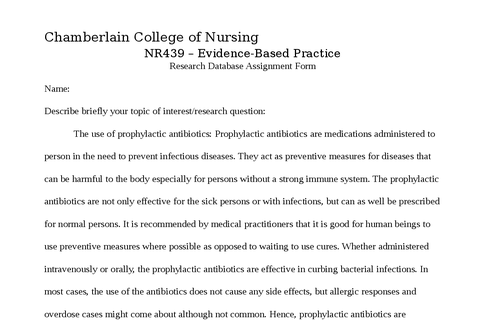