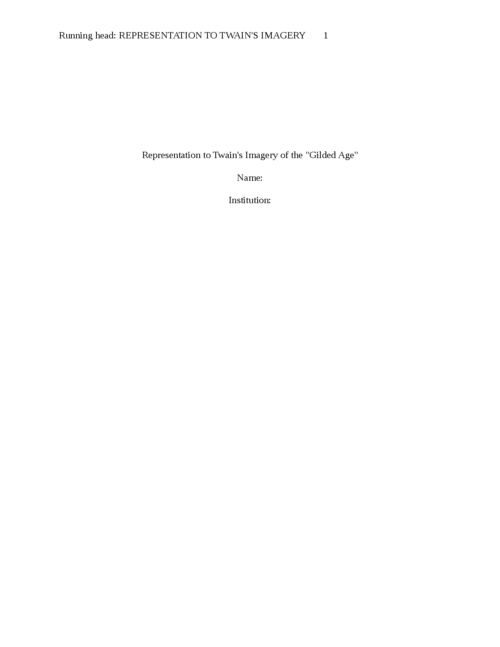 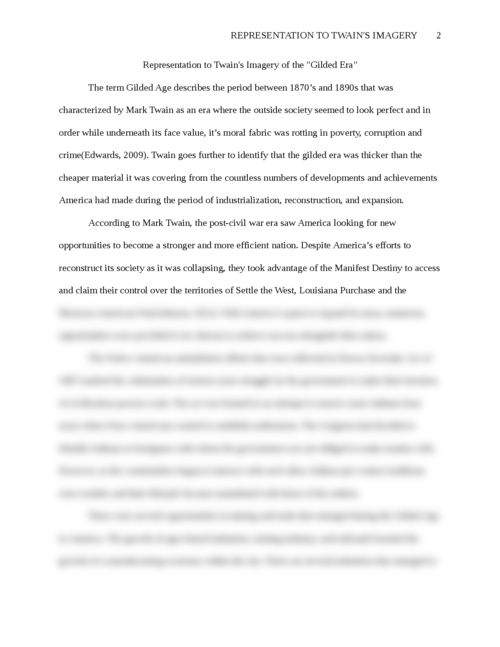 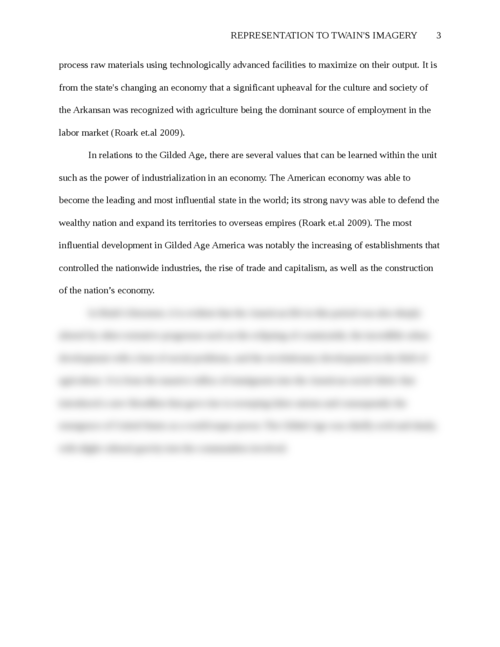 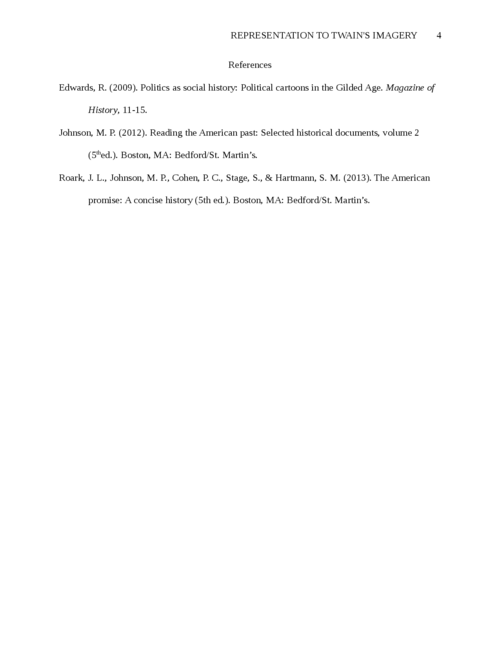 Representation To Twain's Imagery Of The "Gilded Age"

Examine the values that you learned within this unit regarding theGilded Age, and evaluate how they impacted, or were impacted by,Manifest Destiny.

Representation to Twain's Imagery of the "Gilded Era"

The term Gilded Age describes the period between 1870’s and 1890s that was characterized by Mark Twain as an era where the outside society seemed to look perfect and in order while underneath its face value, it’s moral fabric was rotting in poverty, corruption and crime(Edwards, 2009). Twain goes further to identify that the gilded era was thicker than the cheaper material it was covering from the countless numbers of developments and achievements America had made during the period of industrialization, reconstruction, and expansion.

According to Mark Twain, the post-civil war era saw America looking for new opportunities to become a stronger and more efficient nation. Despite America’s efforts to reconstruct its society as it was collapsing, they took advantage of the Manifest Destiny to access and claim their control over the territories of Settle the West, Louisiana Purchase and the Mexican-American War(Johnson, 2012). With America’s quest to expand its areas, numerous opportunities were provided to its citizens to achieve success alongside their nation.