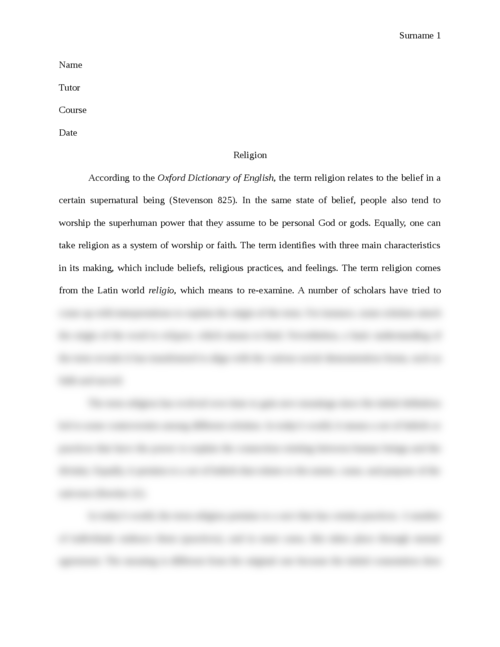 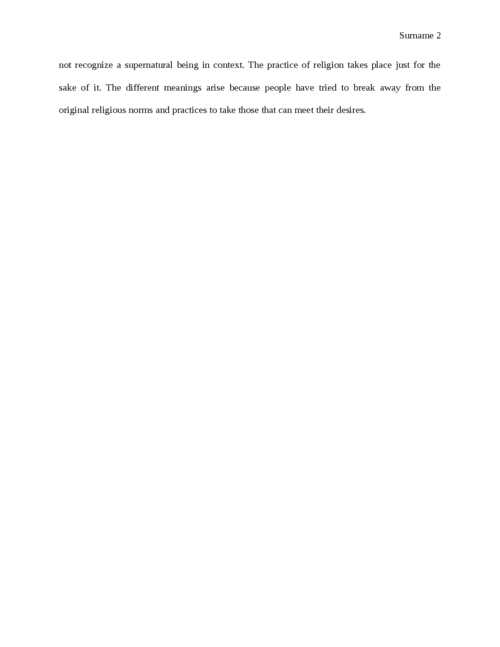 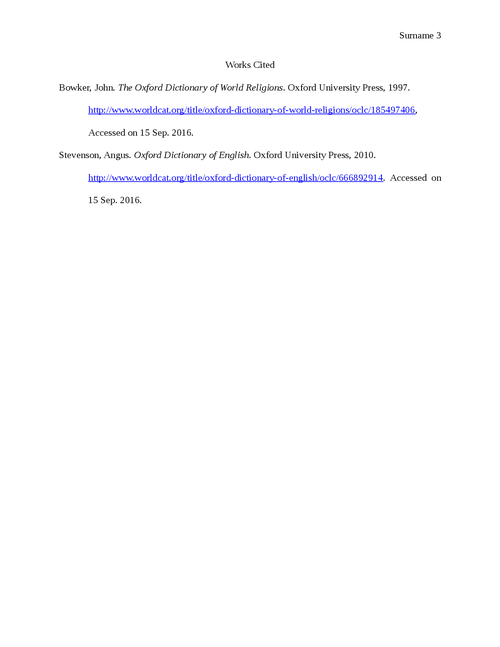 1. Go to the Oxford Dictionary, as well as etymology dictionaries online or in the library. Analyze the historical roots of the word. What ancient language does it derive from? What did it orginally mean?

2. What does it mean today? Get at least two current definitions from credible, modern dictionaries.

3. What do you think the word means for most people today? How does this meaning contrast with its original meaning? Why do you think this different in meaning exists today?

Your answer should be Times New Roman, font 12.

Document your sources, including dictionaries .

According to the Oxford Dictionary of English, the term religion relates to the belief in a certain supernatural being (Stevenson 825). In the same state of belief, people also tend to worship the superhuman power that they assume to be personal God or gods. Equally, one can take religion as a system of worship or faith. The term identifies with three main characteristics in its making, which include beliefs, religious practices, and feelings. The term religion comes from the Latin world religio, which means to re-examine.