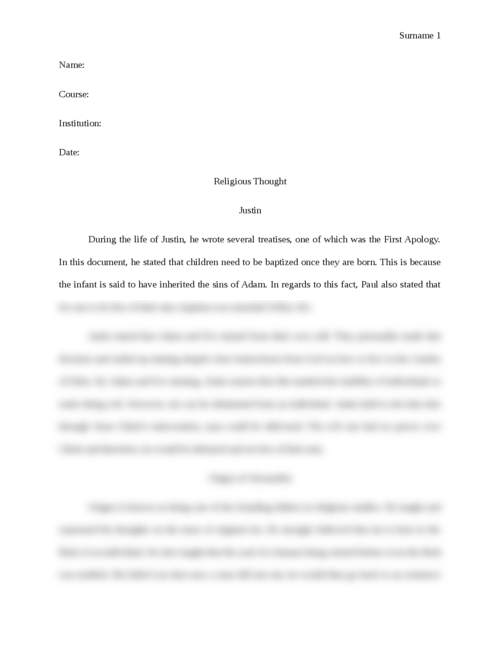 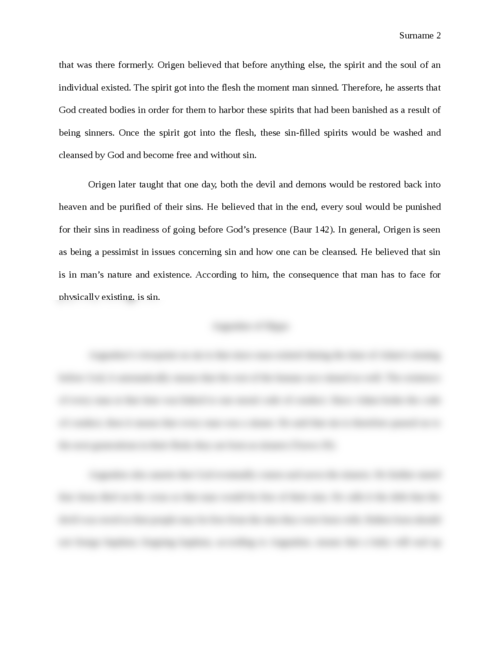 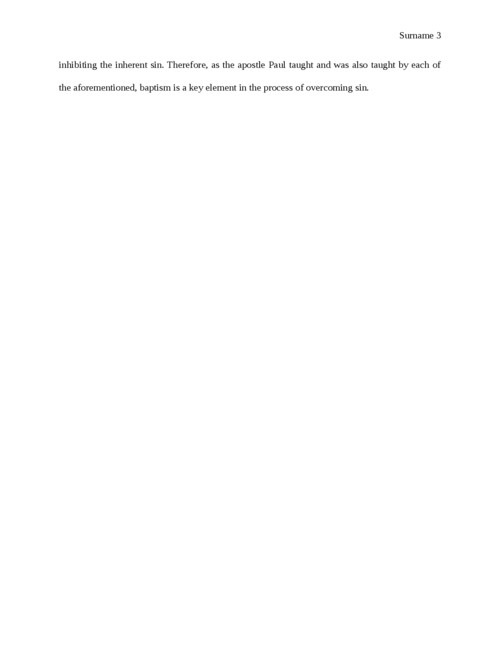 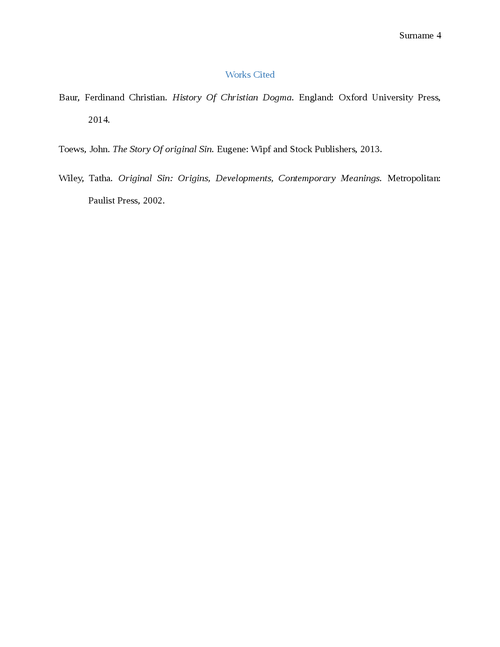 According to the Gospels, Jesus' death atoned for sin. In his letters, Paul spoke of overcoming sin-flesh through baptism, the Eucharist and grace-faith. How did Justin, Origin and Augustine interpret and develop their views about sin and its removal?

Origin have a pessimistic, negative thinking. He claims that sin is born in the flesh but if you accept Jesus he will enter to your soul so you can be sinless and freewill.

Augustine thinks that sin is in the flesh and we as humans have the tend to incline to sin but we that’s when Jesus comes as a “doctor” and diagnose what is wrong with you and corrects you. Also Augustine said that you will have freewill but up to a limit because at the end God choose what you will do.

Also describe thoroughly Paul and the other writers thoughts and views.

During the life of Justin, he wrote several treatises, one of which was the First Apology. In this document, he stated that children need to be baptized once they are born. This is because the infant is said to have inherited the sins of Adam. In regards to this fact, Paul also stated that for one to be free of their sins, baptism was essential (Wiley 42).

Justin stated that Adam and Eve sinned from their own will. They personally made that decision and ended up sinning despite clear instructions from God on how to live in the Garden of Eden. By Adam and Eve sinning, Justin asserts that this marked the inability of individuals to resist doing evil. However, sin can be eliminated from an individual. Justin held to the idea that through Jesus Christ’s intervention, man could be delivered. The evil one had no power over Christ and therefore, he would be defeated and set free of their sins.