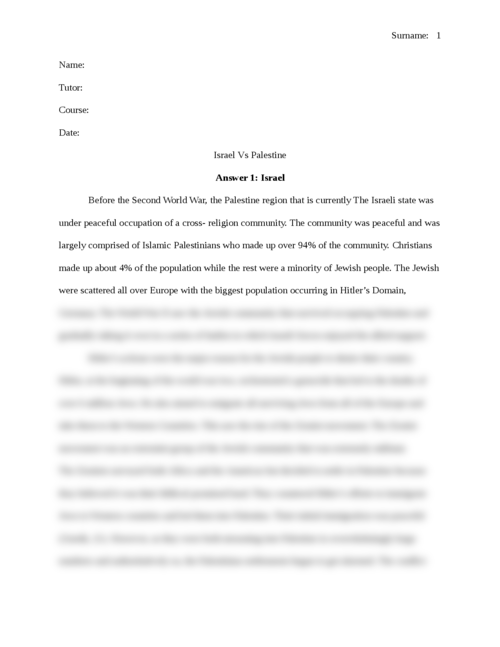 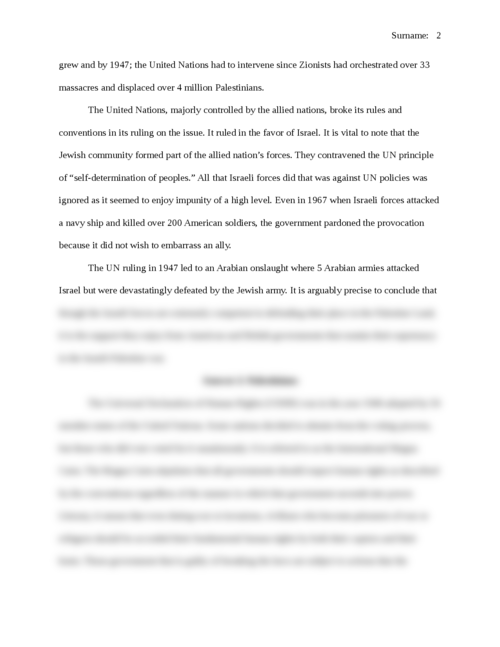 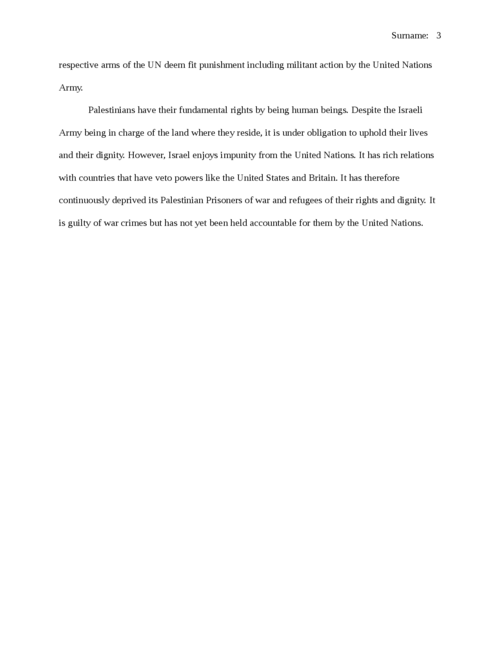 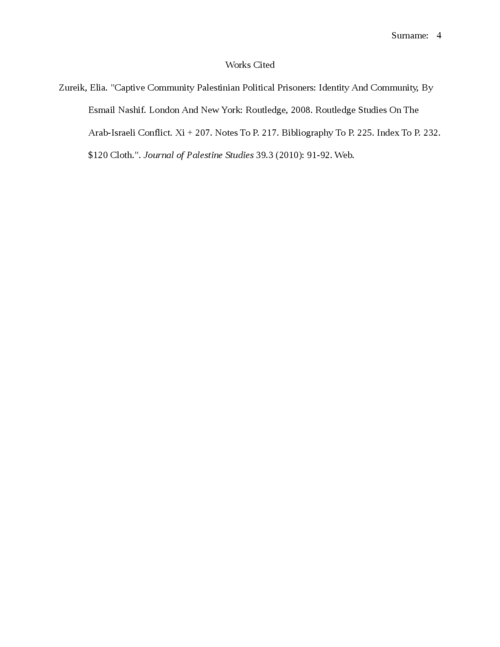 Relationship Between Israel And Palestine

Questions about Israel are : how did Israel toke over Palestine and had the European and American support ?

Palestine question : why Palestinians have rights and a point of why they shouldn't be murdered and killed every day even if Israel rules the country ?

Before the Second World War, the Palestine region that is currently The Israeli state was under peaceful occupation of a cross- religion community. The community was peaceful and was largely comprised of Islamic Palestinians who made up over 94% of the community. Christians made up about 4% of the population while the rest were a minority of Jewish people. The Jewish were scattered all over Europe with the biggest population occurring in Hitler’s Domain, Germany. The World War II saw the Jewish community that survived occupying Palestine and gradually taking it over in a series of battles in which Israeli forces enjoyed the allied support.