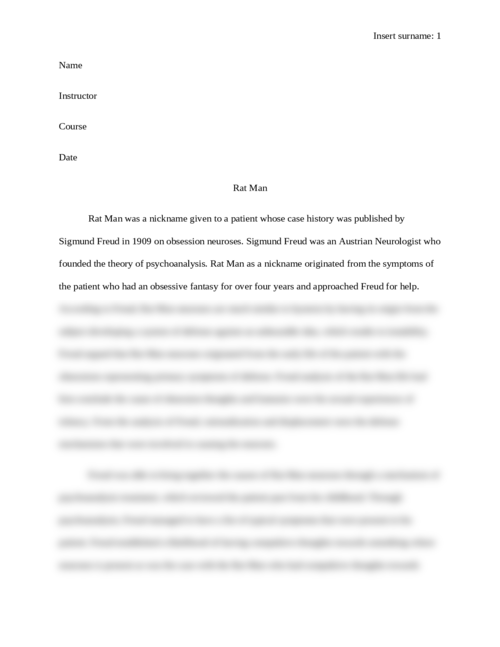 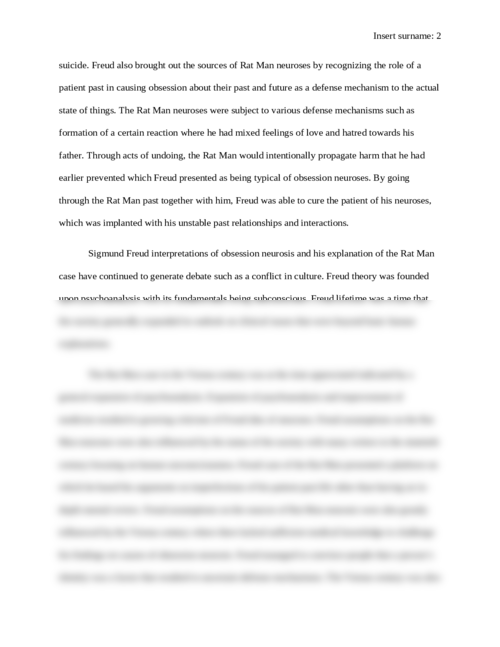 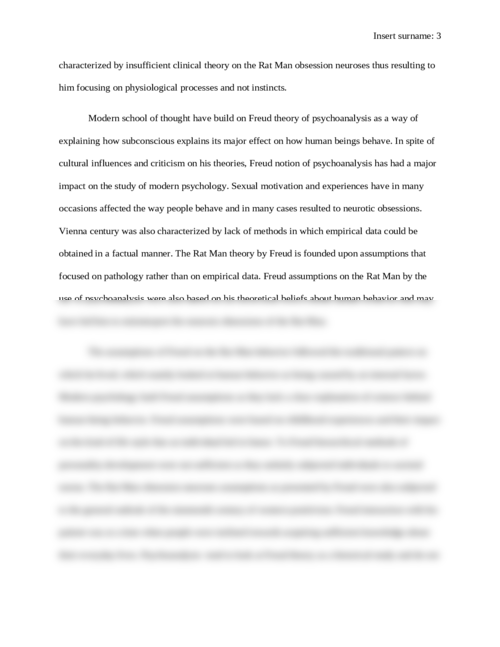 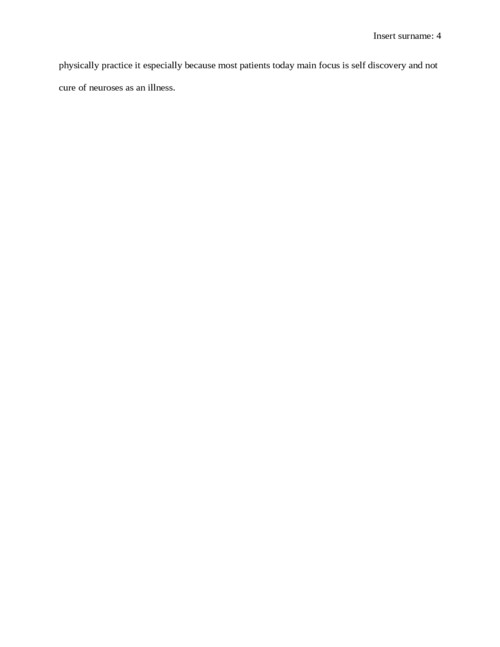 According to Freud, what are the ultimate sources of the Rat Man's neuroses? How is it that Freud is able to discover these sources?

Freud believed that psychoanalysis offered a universal blueprint to the human psyche, but subsequent investigators are more inclined to believe that psychoanalysis and its assumptions were strongly influenced by its social and cultural context in turn-of-the century Vienna. How might this be so in the case of the Rat Man?

Rat Man was a nickname given to a patient whose case history was published by Sigmund Freud in 1909 on obsession neuroses. Sigmund Freud was an Austrian Neurologist who founded the theory of psychoanalysis. Rat Man as a nickname originated from the symptoms of the patient who had an obsessive fantasy for over four years and approached Freud for help. According to Freud, Rat Man neuroses are much similar to hysteria by having its origin from the subject developing a system of defense against an unbearable idea, which results to instability. Freud argued that Rat Man neuroses originated from the early life of the patient with the obsessions representing primary symptoms of defense...