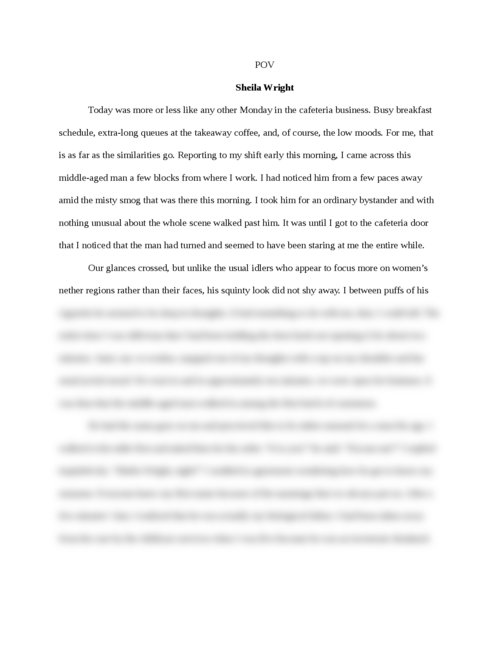 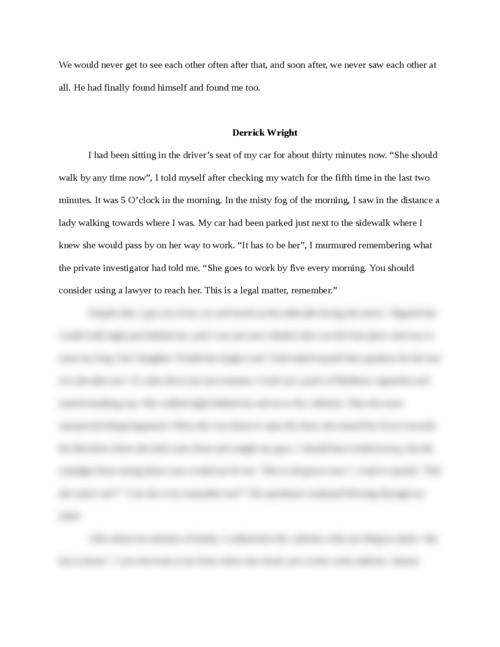 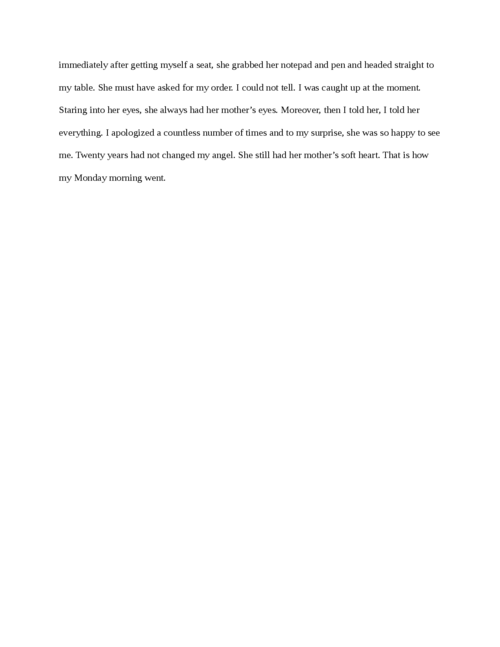 For this assignment you will need two characters.

You are to write a short story (1 page minimum) from the perspective of one of the characters (written in 1st person: I did this, I saw that)

You will then write the same story from the perspective of the other character (1 page minimum, also written in 1st person: I did this, I saw that)

The purpose of the assignment is to reveal how insight into the human condition can be revealed by showing the disparity between two subjective viewpoints.

For example, in one story, the first character thought they made a wonderful meal, evidenced by the fact that everyone ate their food and smiled the entire time.

Then the second character writes about the same experience, and admits that he fed the food to the dog under the table.

Another example would be a character walking down an alleyway. She sees an old, homeless man and is afraid that he will try to attack her.

The second story would be the old, homeless man. He sees the girl and wants to ask her for some money for food, but he's afraid she'll mace him. So they pass one another without speaking.

Today was more or less like any other Monday in the cafeteria business. Busy breakfast schedule, extra-long queues at the takeaway coffee, and, of course, the low moods. For me, that is as far as the similarities go. Reporting to my shift early this morning, I came across this middle-aged man a few blocks from where I work. I had noticed him from a few paces away amid the misty smog that was there this morning. I took him for an ordinary bystander and with nothing unusual about the whole scene walked past him. It was until I got to the cafeteria door that I noticed that the man had turned and seemed to have been staring at me the entire while.

Our glances crossed, but unlike the usual idlers who appear to focus more on women’s nether regions rather than their faces, his squinty look did not shy away. I between puffs of his cigarette he seemed to be deep in thoughts. It had something to do with me, that, I could tell. The entire time I was oblivious that I had been holding the door knob not opening it for about two minutes. Janet, my co-worker, snapped out of my thoughts with a tap on my shoulder and her usual jovial mood. We went in and in approximately ten minutes, we were open for business. It was then that the middle-aged man walked in among the first batch of customers.