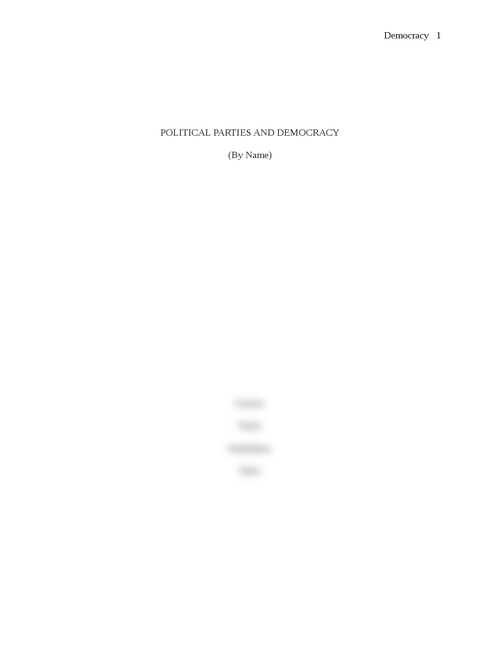 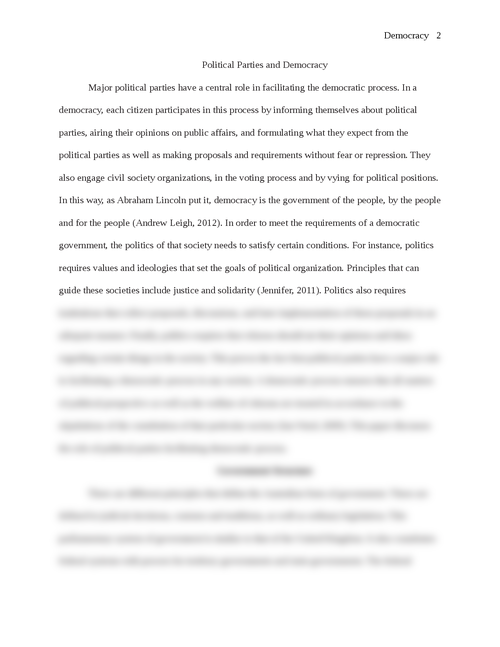 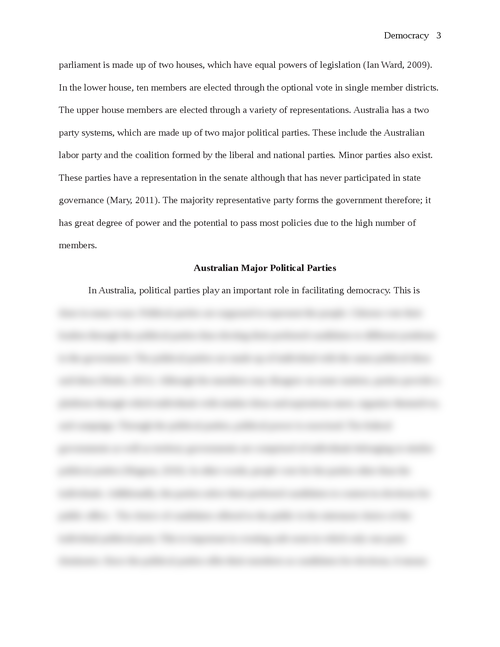 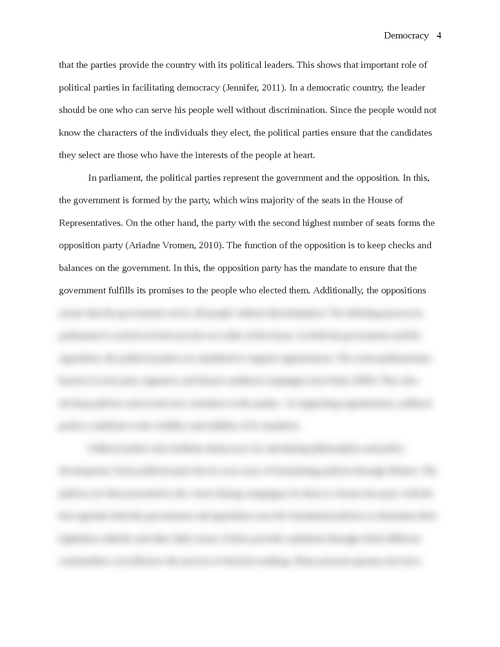 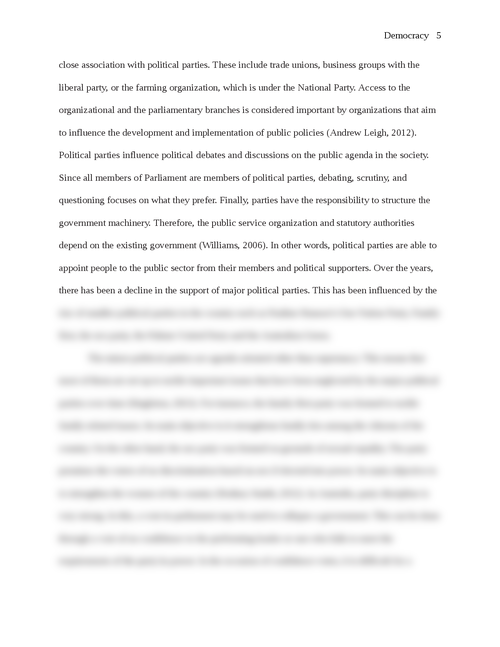 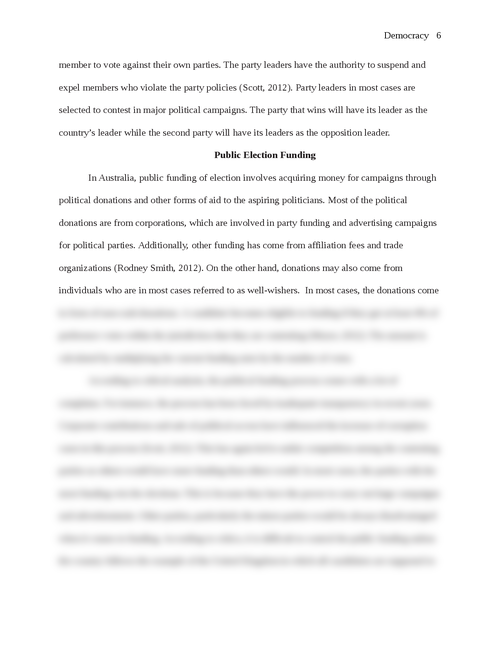 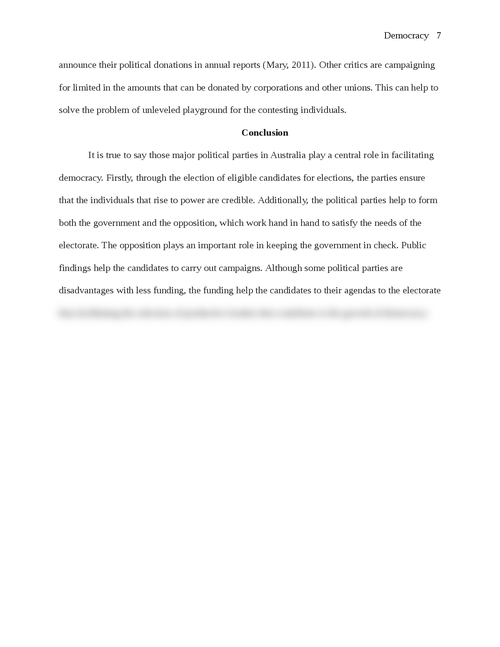 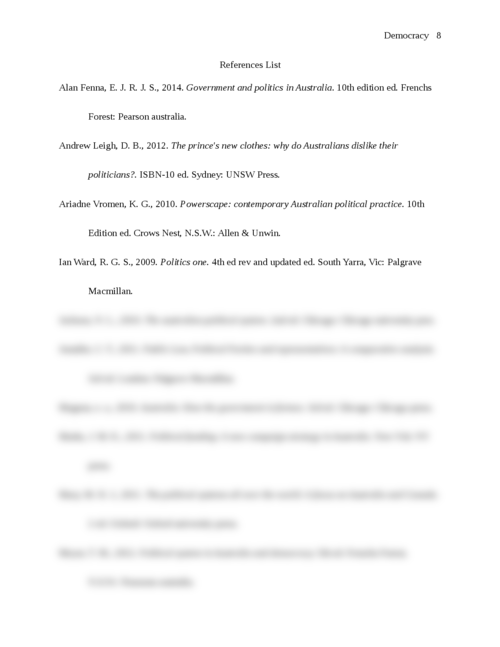 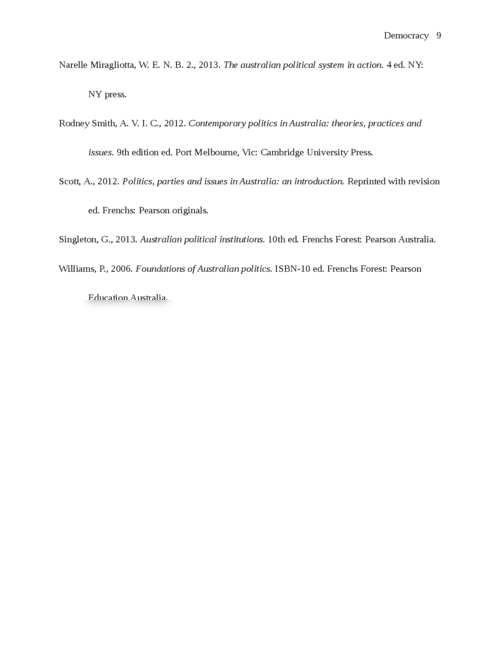 Write a 1500 word essay in answer to the following brief:

It can be argued that major parties (such as the Liberal and Labor parties) detract from representative democracy. But it is also thought that they have a central role in facilitating the democratic process? Which of these two contrary views carries the most weight?

Major political parties have a central role in facilitating the democratic process. In a democracy, each citizen participates in this process by informing themselves about political parties, airing their opinions on public affairs, and formulating what they expect from the political parties as well as making proposals and requirements without fear or repression. They also engage civil society organizations, in the voting process and by vying for political positions. In this way, as Abraham Lincoln put it, democracy is the government of the people, by the people and for the people (Andrew Leigh, 2012). In order to meet the requirements of a democratic government, the politics of that society needs to satisfy certain conditions. For instance, politics requires values and ideologies that set the goals of political organization. Principles that can guide these societies include justice and solidarity (Jennifer, 2011). Politics also requires institutions that collect proposals, discussions, and later implementation of these proposals in an adequate manner. Finally, politics requires that citizens should air their opinions and ideas regarding certain things in the society. This proves the fact that political parties have a major role in facilitating a democratic process in any society. A democratic process ensures that all matters of political perspective as well as the welfare of citizens are treated in accordance to the stipulations of the constitution of that particular society (Ian Ward, 2009). This paper discusses the role of political parties facilitating democratic process.