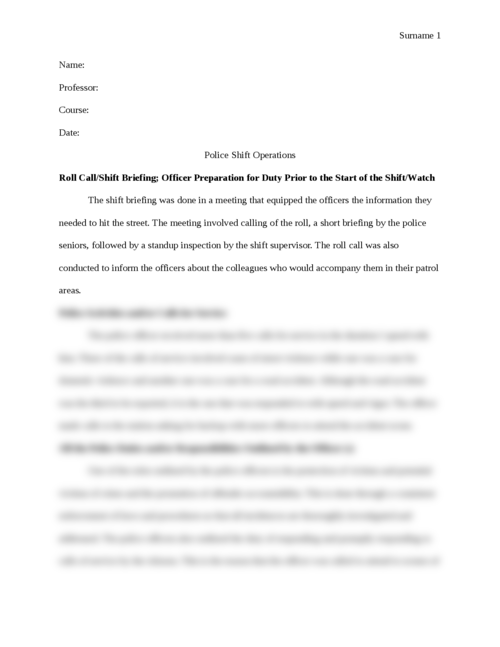 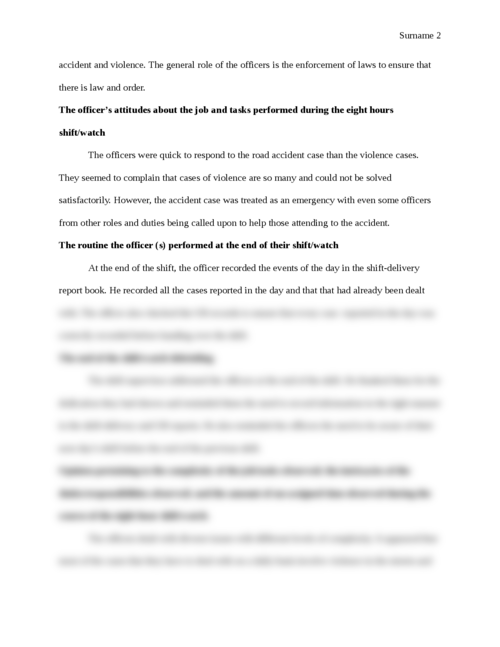 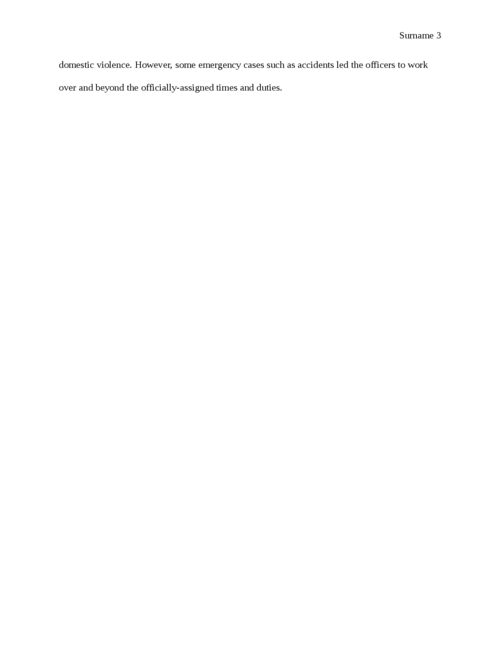 Make notations about the roll call/shift briefing; officer preparation for duty prior to the start of the shift/watch. (10 points)

Annotate all police activities and/or calls for service (includes incident and/or investigative reports filed by the officers). (10 points)

Annotate all the police duties and/or responsibilities outlined by the officer (s) the student is observing. (10 points)

Annotate the officer’s attitudes about the job and tasks performed during the eight hours shift/watch. (10 points)

Annotate the routine the officer (s) performed at the end of their shift/watch. (10 points)

Make notations about the end of the shift/watch debriefing. (10 points)

Opinion pertaining to the complexity of the job/tasks observed; the intricacies of the duties/responsibilities observed; and the amount of un-assigned time observed during the course of the eight hour shift/watch. (10 points)

The total project is worth 100 points!

Roll Call/Shift Briefing; Officer Preparation for Duty Prior to the Start of the Shift/Watch

The shift briefing was done in a meeting that equipped the officers the information they needed to hit the street. The meeting involved calling of the roll, a short briefing by the police seniors, followed by a standup inspection by the shift supervisor. The roll call was also conducted to inform the officers about the colleagues who would accompany them in their patrol areas.

Police Activities and/or Calls for Service