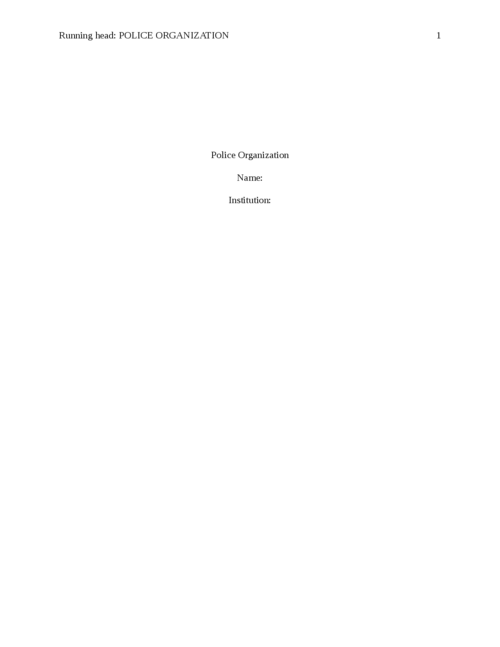 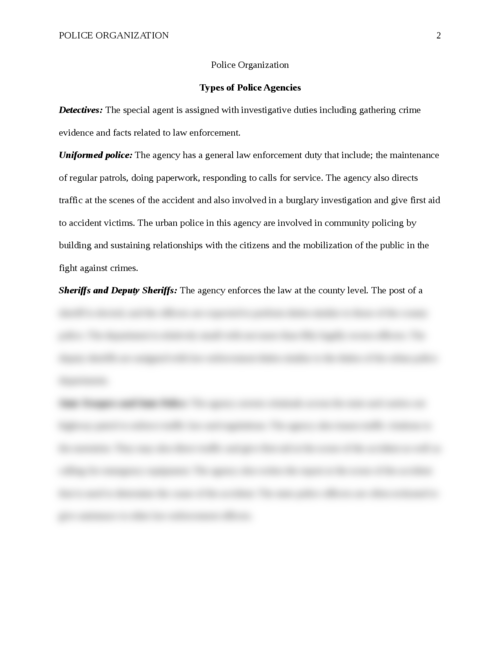 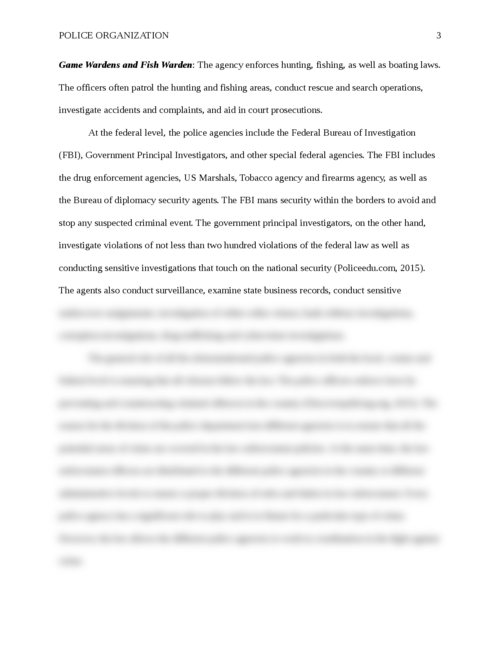 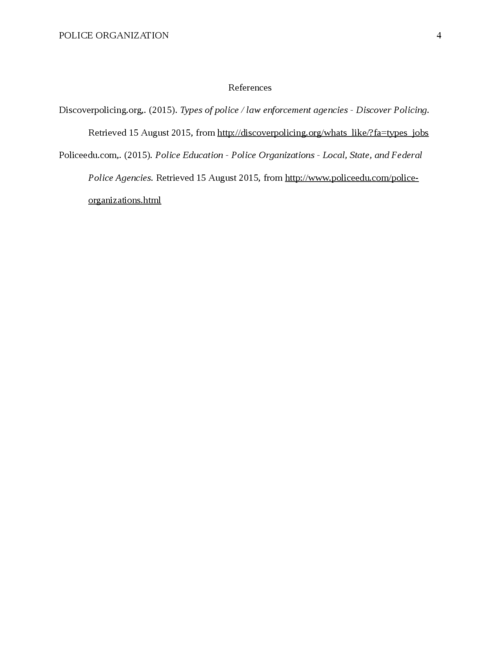 Describe various types of police agencies at the local, state, and federal level and how each is organized.

Identify the principal roles and functions of police organizations and their role as they relate to the law.

Detectives: The special agent is assigned with investigative duties including gathering crime evidence and facts related to law enforcement.

Uniformed police: The agency has a general law enforcement duty that include; the maintenance of regular patrols, doing paperwork, responding to calls for service. The agency also directs traffic at the scenes of the accident and also involved in a burglary investigation and give first aid to accident victims. The urban police in this agency are involved in community policing by building and sustaining relationships with the citizens and the mobilization of the public in the fight against crimes.

Sheriffs and Deputy Sheriffs: The agency enforces the law at the county level. The post of a sheriff is elected, and the officers are expected to perform duties similar to those of the county police. The department is relatively small with not more than fifty legally sworn officers. The deputy sheriffs are assigned with law enforcement duties similar to the duties of the urban police departments. 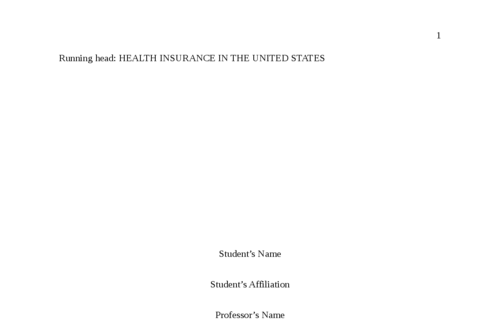 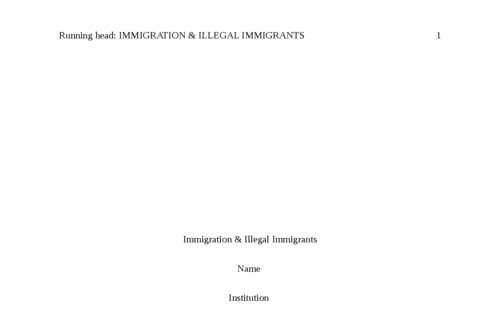 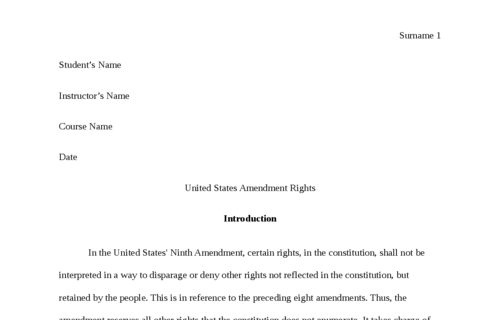