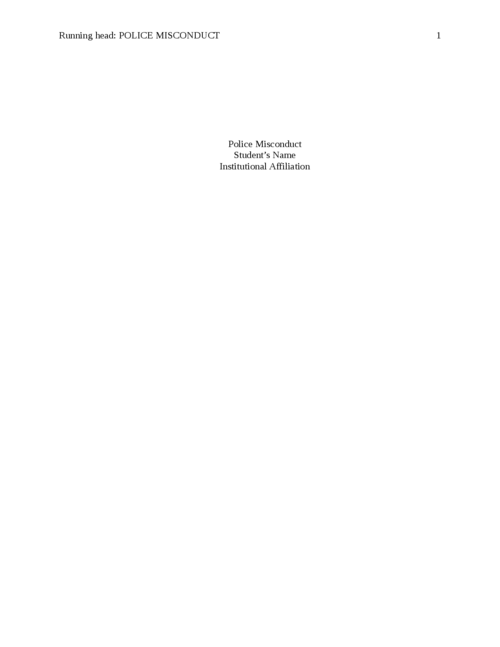 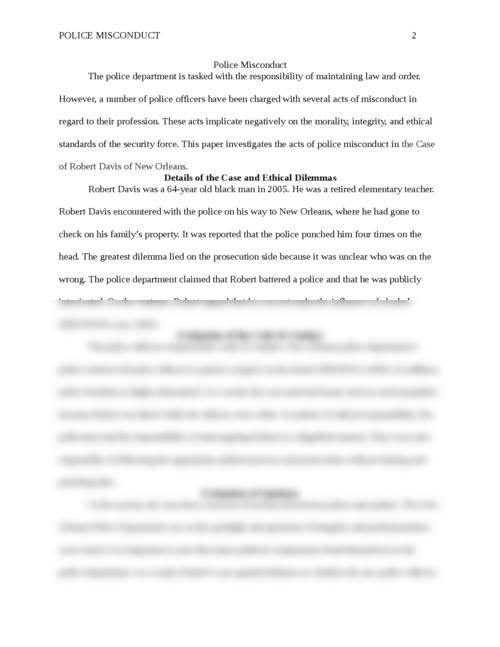 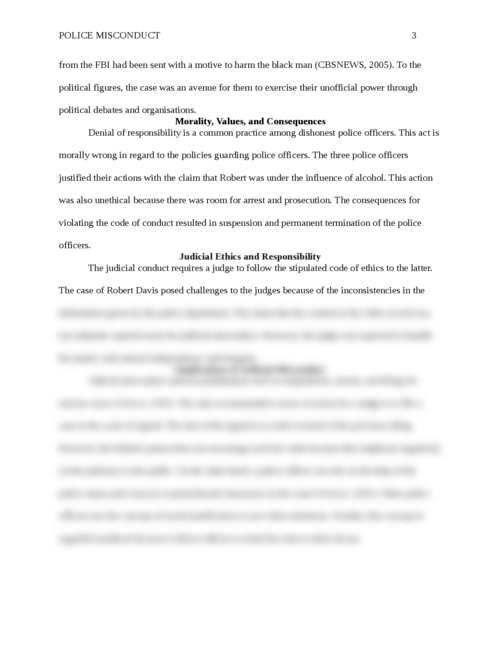 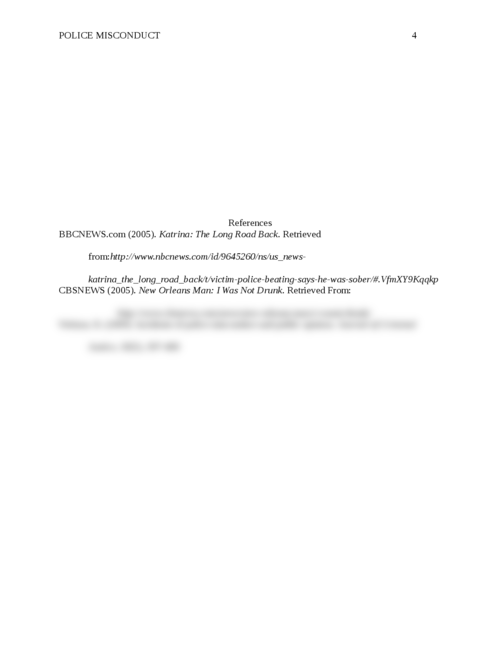 The police department is tasked with the responsibility of maintaining law and order. However, a number of police officers have been charged with several acts of misconduct in regard to their profession. These acts implicate negatively on the morality, integrity, and ethical standards of the security force. This paper investigates the acts of police misconduct in the Case of Robert Davis of New Orleans.

Details of the Case and Ethical Dilemmas

Robert Davis was a 64-year old black man in 2005. He was a retired elementary teacher. Robert Davis encountered with the police on his way to New Orleans, where he had gone to check on his family’s property. It was reported that the police punched him four times on the head. The greatest dilemma lied on the prosecution side because it was unclear who was on the wrong. The police department claimed that Robert battered a police and that he was publicly intoxicated. On the contrary, Robert argued that he was not under the influence of alcohol (BBCNEWS.com, 2005).