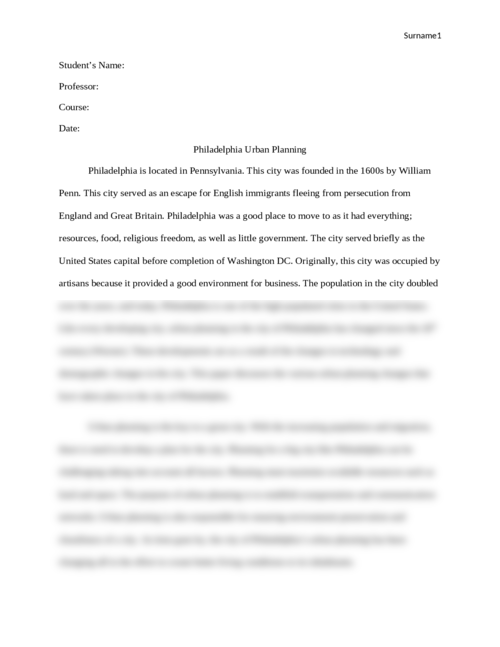 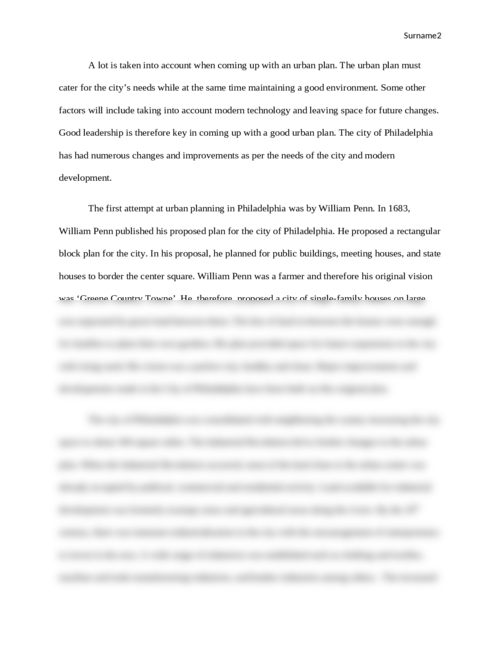 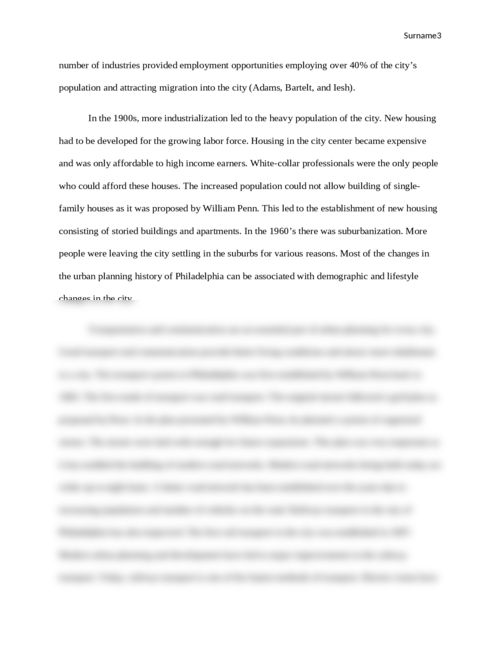 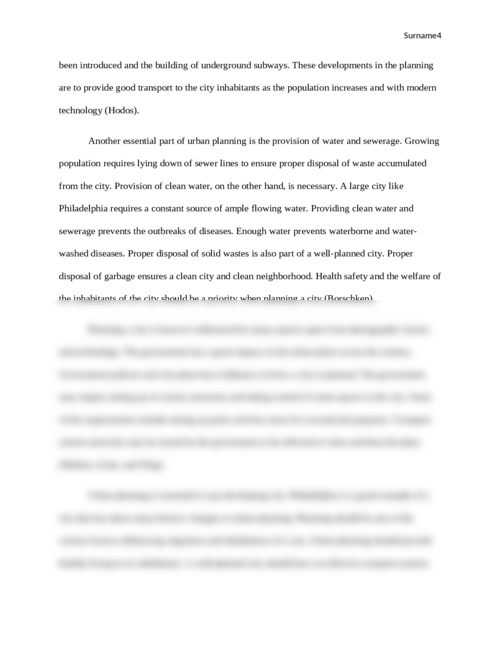 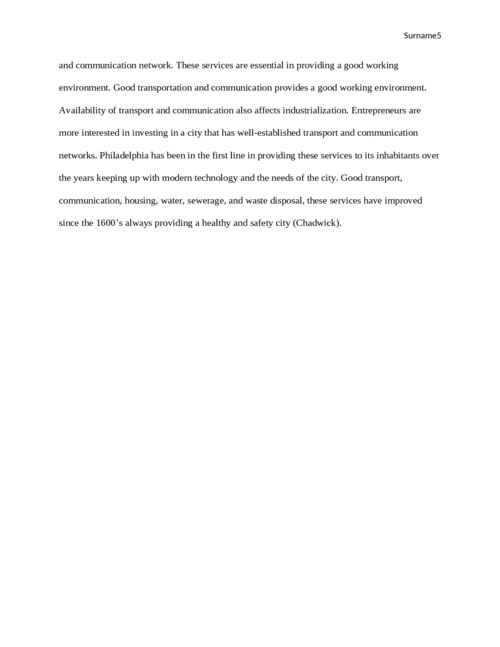 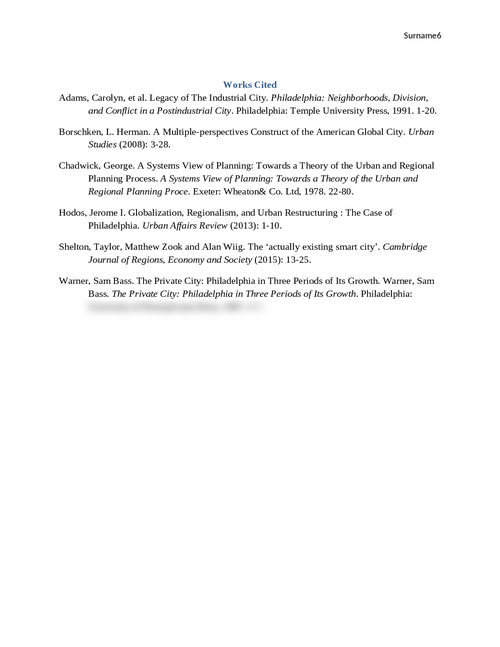 Essay on the history of Philadelphia Urban Planning.

Philadelphia is located in Pennsylvania. This city was founded in the 1600s by William Penn. This city served as an escape for English immigrants fleeing from persecution from England and Great Britain. Philadelphia was a good place to move to as it had everything; resources, food, religious freedom, as well as little government. The city served briefly as the United States capital before completion of Washington DC. Originally, this city was occupied by artisans because it provided a good environment for business. The population in the city doubled over the years, and today, Philadelphia is one of the high-populated cities in the United States. Like every developing city, urban planning in the city of Philadelphia has changed since the 18th century (Warner). These developments are as a result of the changes in technology and demographic changes in the city. This paper discusses the various urban planning changes that have taken place in the city of Philadelphia.