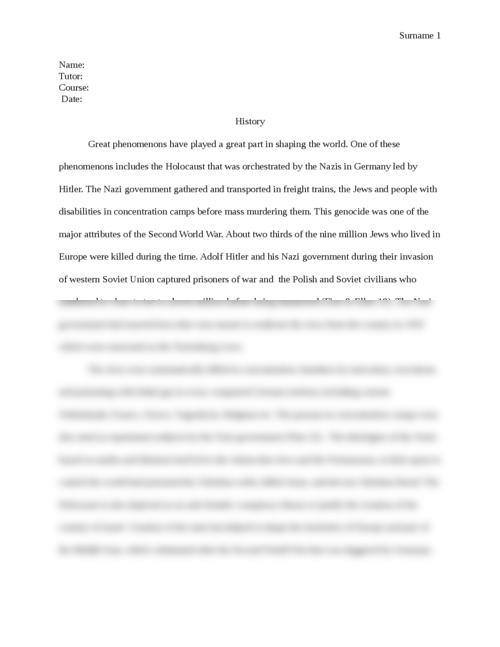 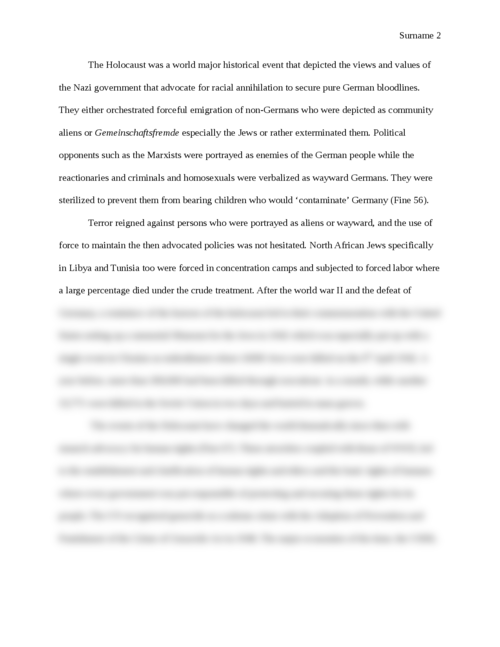 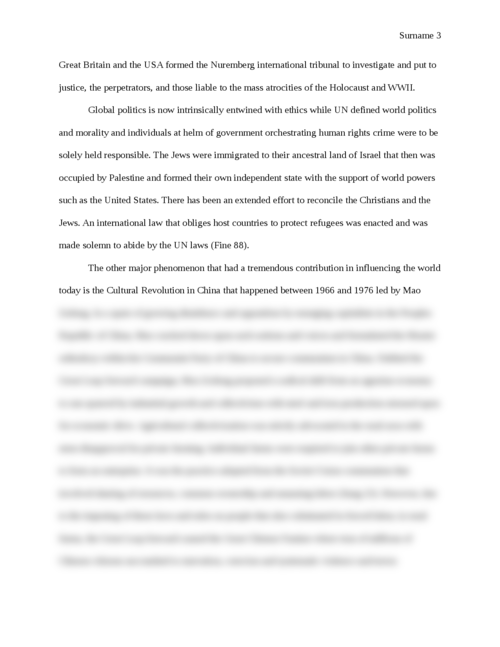 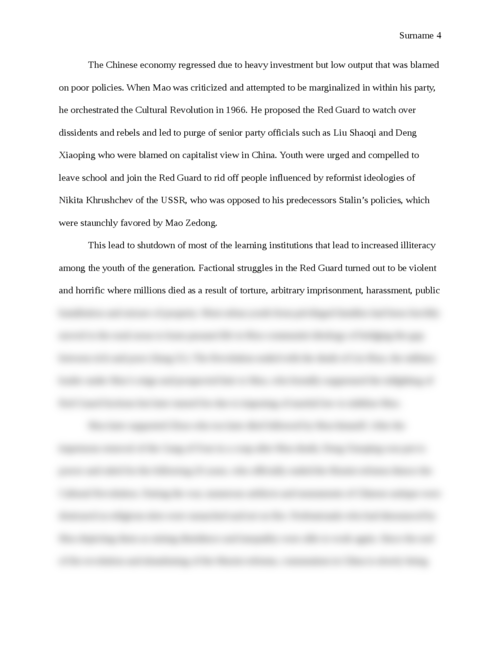 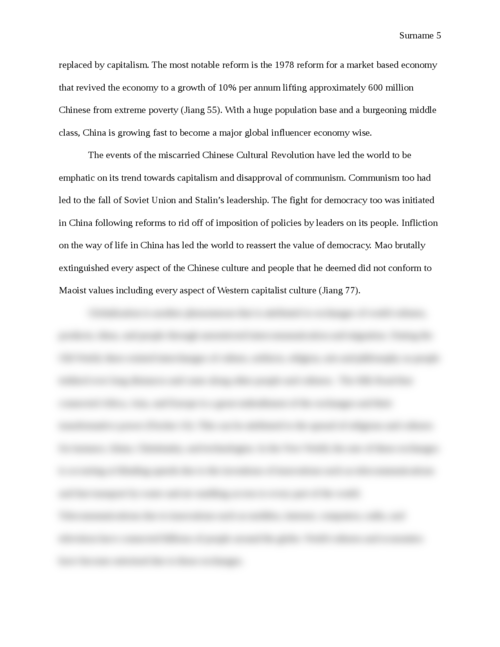 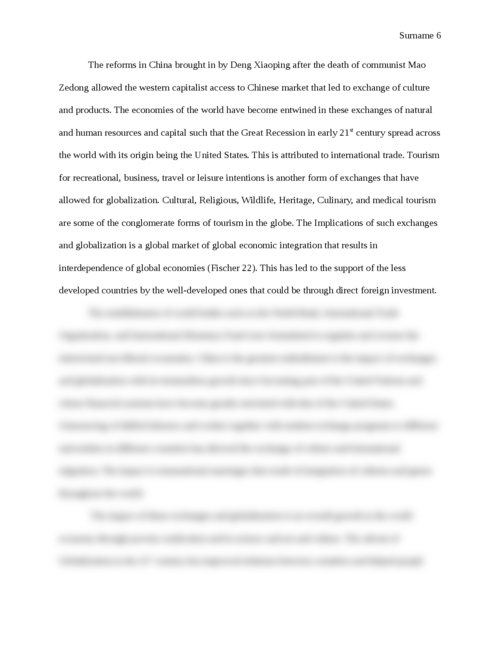 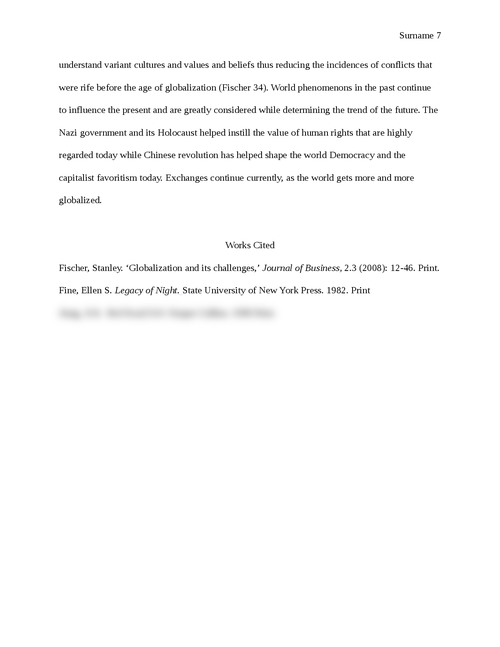 What three phenomena, each taken from a different century, have changed the modern world in the most significant ways over the past 500 years?

Title: Phenomena That Has Changed The Modern World Over The Past 500 Years
Length: 7 pages (1925 Words)
Style: MLA

Great phenomenons have played a great part in shaping the world. One of these phenomenons includes the Holocaust that was orchestrated by the Nazis in Germany led by Hitler. The Nazi government gathered and transported in freight trains, the Jews and people with disabilities in concentration camps before mass murdering them. This genocide was one of the major attributes of the Second World War. About two thirds of the nine million Jews who lived in Europe were killed during the time. Adolf Hitler and his Nazi government during their invasion of western Soviet Union captured prisoners of war and  the Polish and Soviet civilians who numbered to close to ten to eleven million before being massacred (Fine & Ellen 19). The Nazi government had enacted laws that were meant to eradicate the Jews from the country in 1935 which were renowned as the Nuremberg Laws.