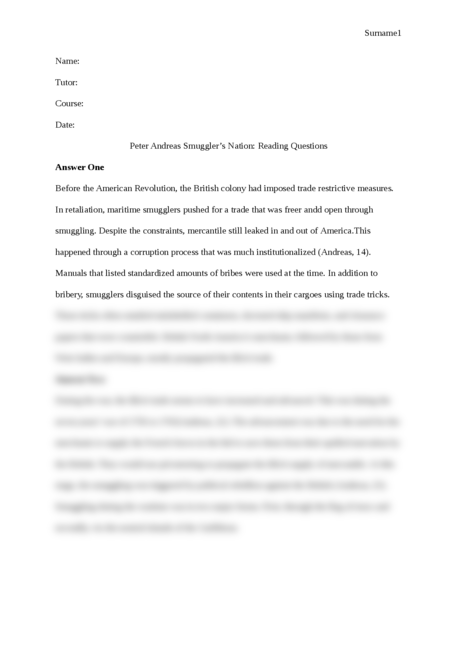 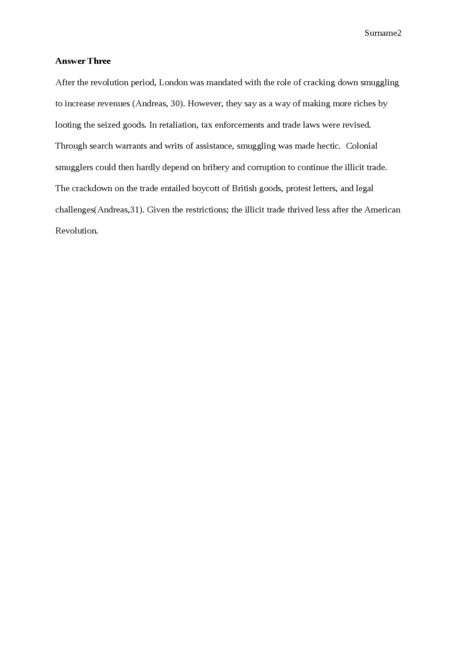 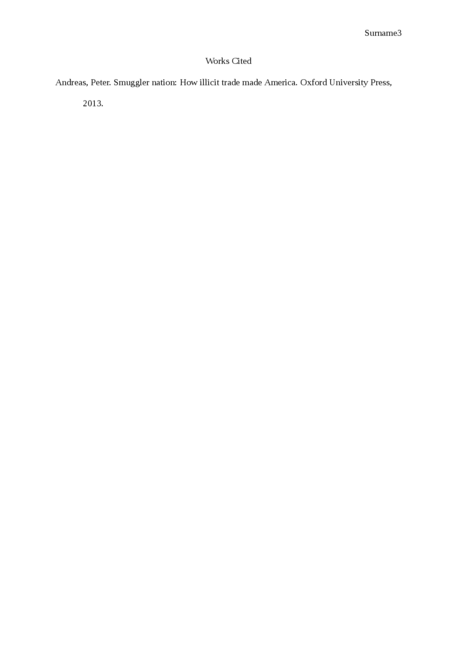 Before the American Revolution, the British colony had imposed trade restrictive measures. In retaliation, maritime smugglers pushed for a trade that was freer andd open through smuggling. Despite the constraints, mercantile still leaked in and out of America.This happened through a corruption process that was much institutionalized (Andreas, 14). Manuals that listed standardized amounts of bribes were used at the time. In addition to bribery, smugglers disguised the source of their contents in their cargoes using trade tricks. These tricks often entailed mislabelled containers, doctored ship manifests, and clearance papers that were counterfeit. British North America’s merchants, followed by those from West Indies and Europe, mostly propagated the illicit trade.