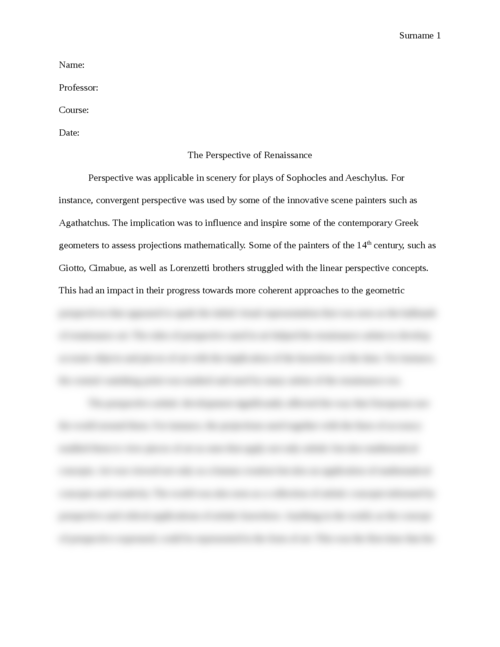 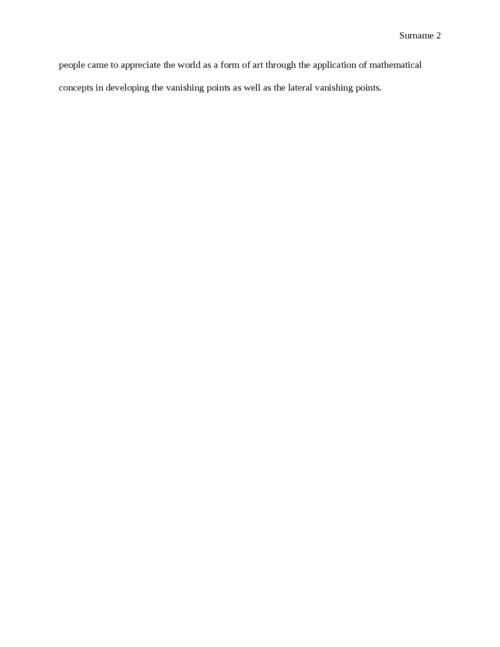 What are the implications of perspective during the Renaissance. How might this artistic development have affected the ways in which Europeans saw the world around them?

The Perspective of Renaissance

Perspective was applicable in scenery for plays of Sophocles and Aeschylus. For instance, convergent perspective was used by some of the innovative scene painters such as Agathatchus. The implication was to influence and inspire some of the contemporary Greek geometers to assess projections mathematically. Some of the painters of the 14th century, such as Giotto, Cimabue, as well as Lorenzetti brothers struggled with the linear perspective concepts. This had an impact in their progress towards more coherent approaches to the geometric perspectives that appeared to spark the initial visual representation that was seen as the hallmark of renaissance art. The rules of perspective used in art helped the renaissance artists to develop accurate objects and pieces of art with the implication of the knowhow at the time. For instance, the central vanishing point was marked and used by many artists of the renaissance era.