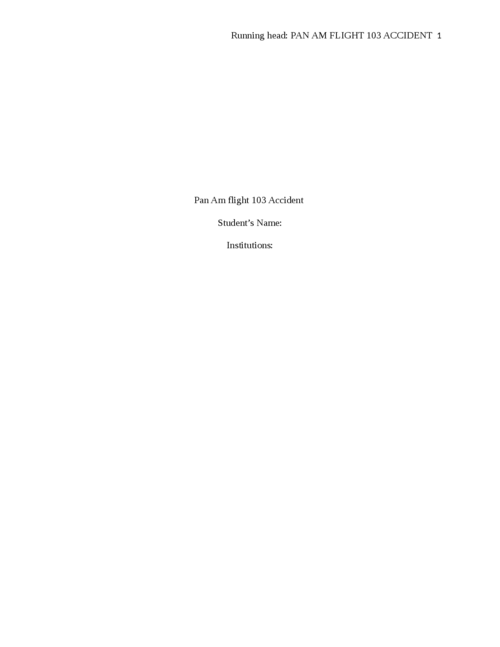 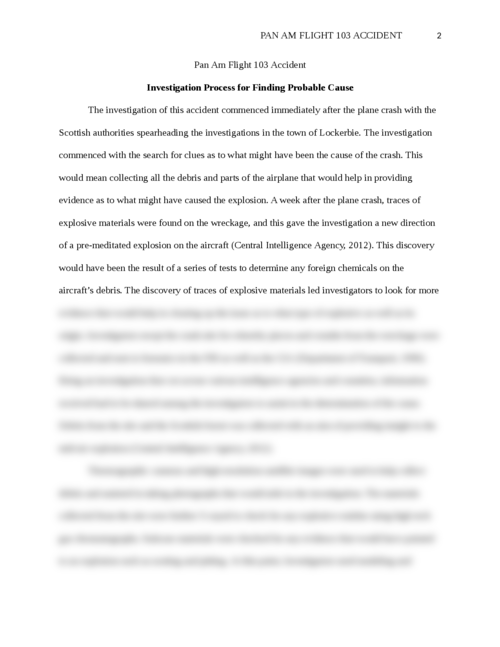 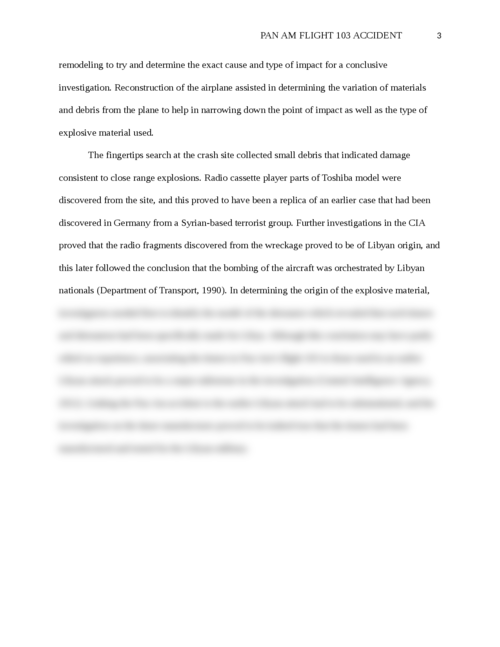 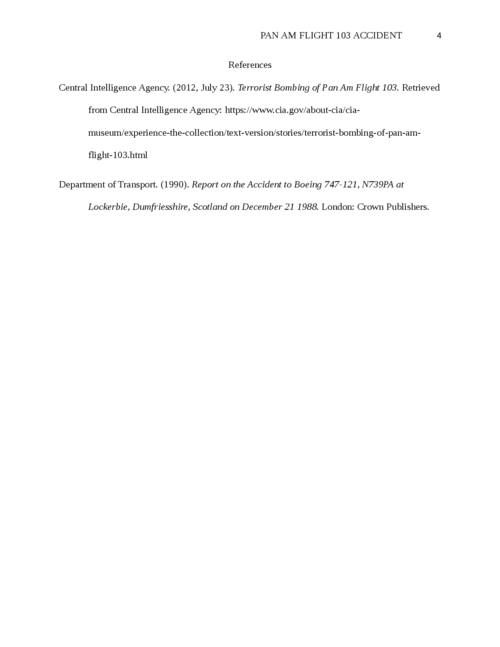 Write about Pan Am flight 103. Present about the accident's probable cause, findings, and determine what techniques and procedures would have likely been used in the investigation.

Investigation Process for Finding Probable Cause

The investigation of this accident commenced immediately after the plane crash with the Scottish authorities spearheading the investigations in the town of Lockerbie. The investigation commenced with the search for clues as to what might have been the cause of the crash. This would mean collecting all the debris and parts of the airplane that would help in providing evidence as to what might have caused the explosion. A week after the plane crash, traces of explosive materials were found on the wreckage, and this gave the investigation a new direction of a pre-meditated explosion on the aircraft (Central Intelligence Agency, 2012). This discovery would have been the result of a series of tests to determine any foreign chemicals on the aircraft’s debris. The discovery of traces of explosive materials led investigators to look for more evidence that would help in clearing up the issue as to what type of explosive as well as its origin. Investigators swept the crash site for whereby pieces and crumbs from the wreckage were collected and sent to forensics in the FBI as well as the CIA (Department of Transport, 1990). Being an investigation that cut across various intelligence agencies and countries, information received had to be shared among the investigators to assist in the determination of the cause. Debris from the site and the Scottish forest was collected with an aim of providing insight to the mid-air explosion (Central Intelligence Agency, 2012).