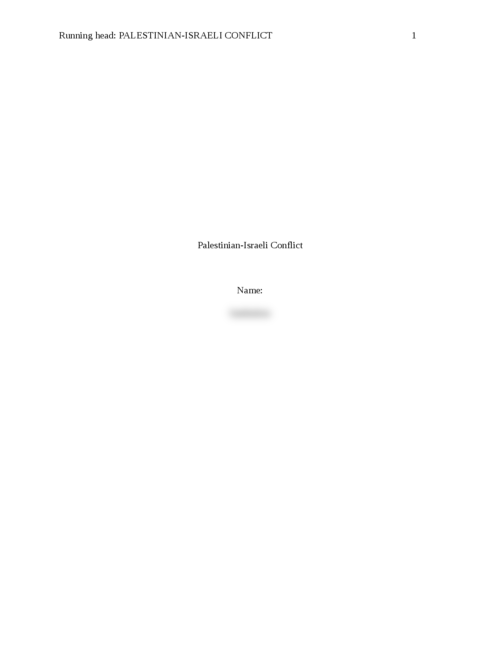 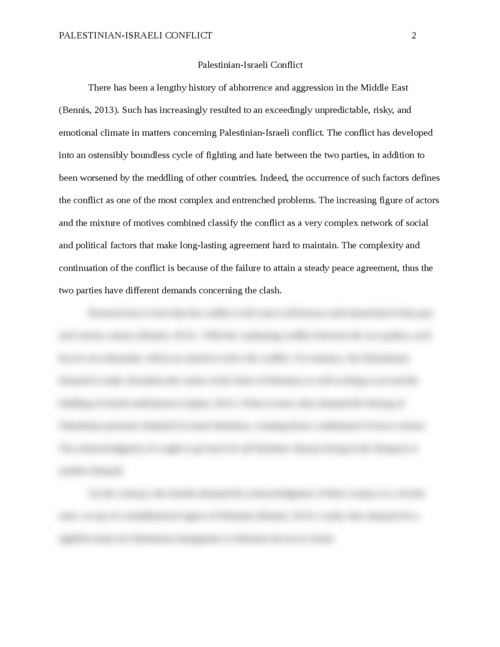 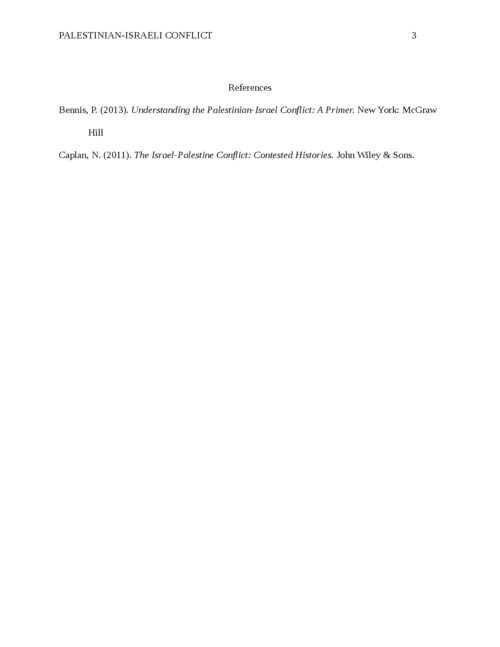 Why is the Palestinian-Israeli conflict considered by many experts as one of the most complex and entrenched problems?

What do the Israelis want?

What to the Palestinians want?

There has been a lengthy history of abhorrence and aggression in the Middle East (Bennis, 2013). Such has increasingly resulted to an exceedingly unpredictable, risky, and emotional climate in matters concerning Palestinian-Israeli conflict. The conflict has developed into an ostensibly boundless cycle of fighting and hate between the two parties, in addition to been worsened by the meddling of other countries. Indeed, the occurrence of such factors defines the conflict as one of the most complex and entrenched problems. The increasing figure of actors and the mixture of motives combined classify the conflict as a very complex network of social and political factors that make long-lasting agreement hard to maintain. The complexity and continuation of the conflict is because of the failure to attain a steady peace agreement, thus the two parties have different demands concerning the clash.