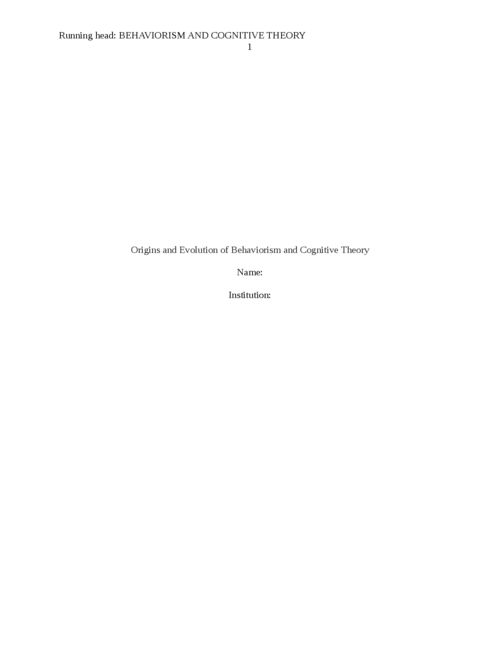 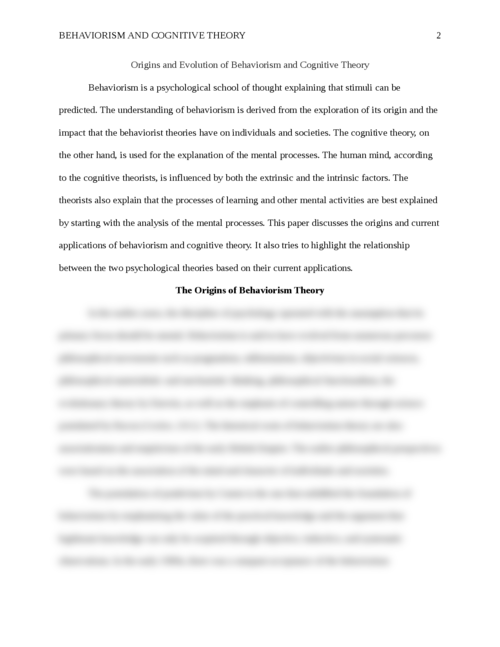 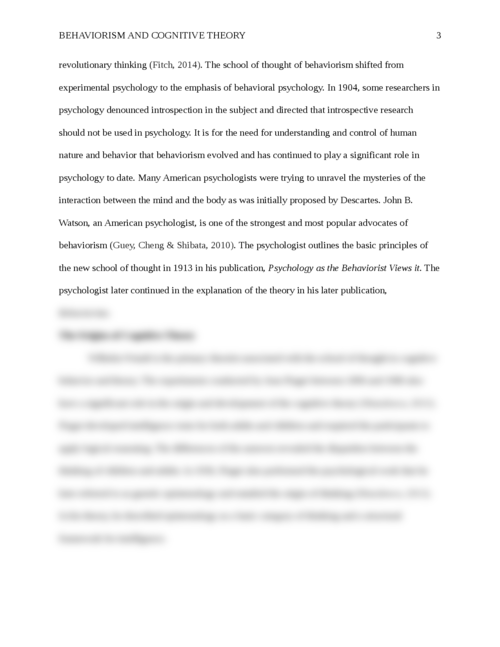 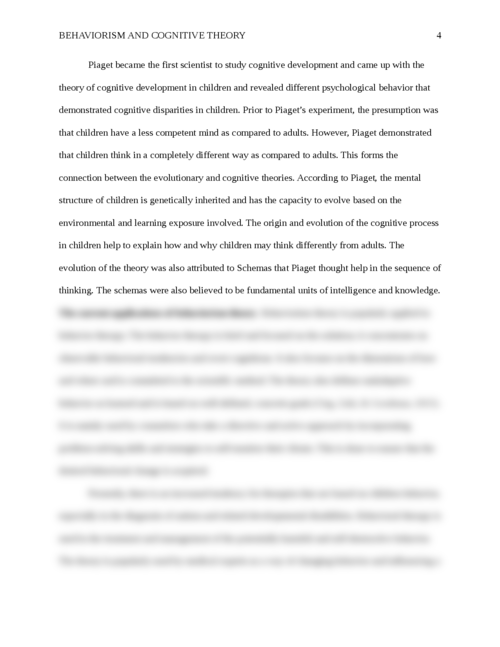 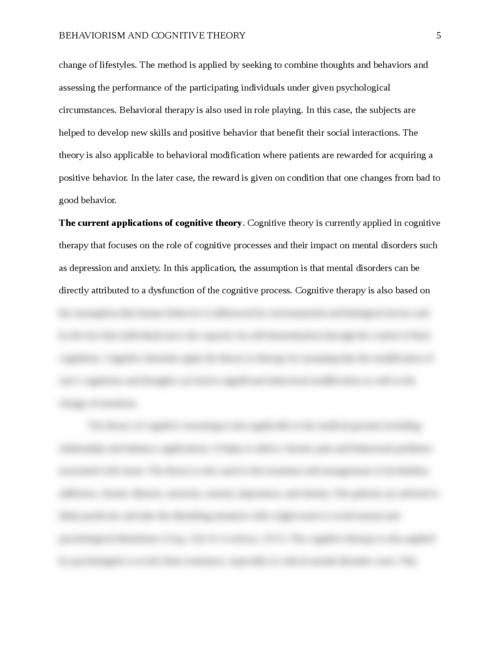 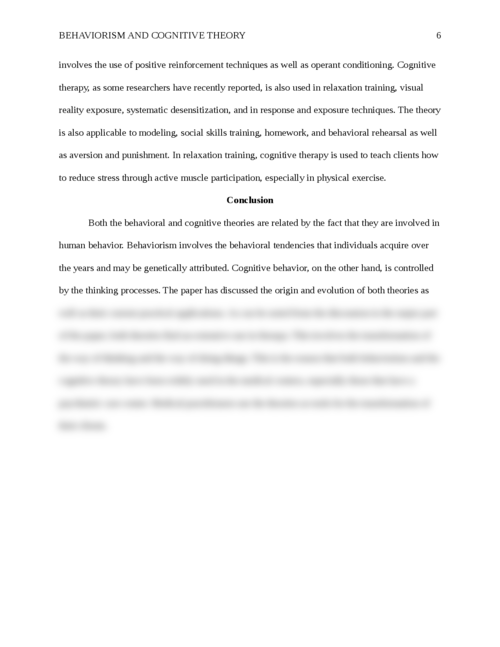 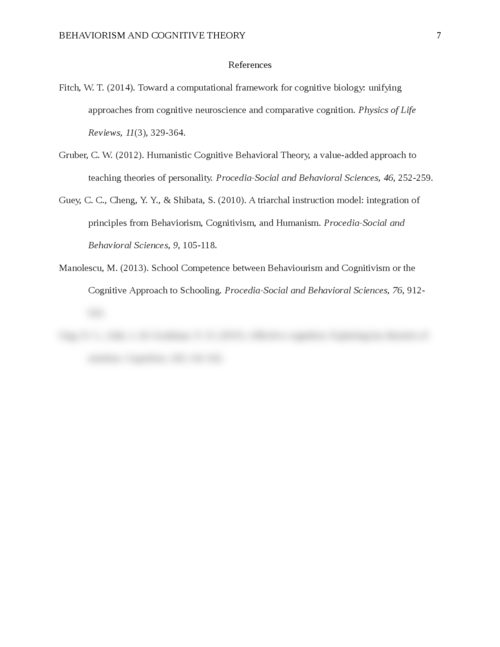 Origins And Evolution Of Behaviorism And Cognitive Theory

Your Final Paper should include the following:

The below areas are required subheadings that must be included within your paper.

Origins and Evolution of Behaviorism and Cognitive Theory

Behaviorism is a psychological school of thought explaining that stimuli can be predicted. The understanding of behaviorism is derived from the exploration of its origin and the impact that the behaviorist theories have on individuals and societies. The cognitive theory, on the other hand, is used for the explanation of the mental processes. The human mind, according to the cognitive theorists, is influenced by both the extrinsic and the intrinsic factors. The theorists also explain that the processes of learning and other mental activities are best explained by starting with the analysis of the mental processes. This paper discusses the origins and current applications of behaviorism and cognitive theory. It also tries to highlight the relationship between the two psychological theories based on their current applications.