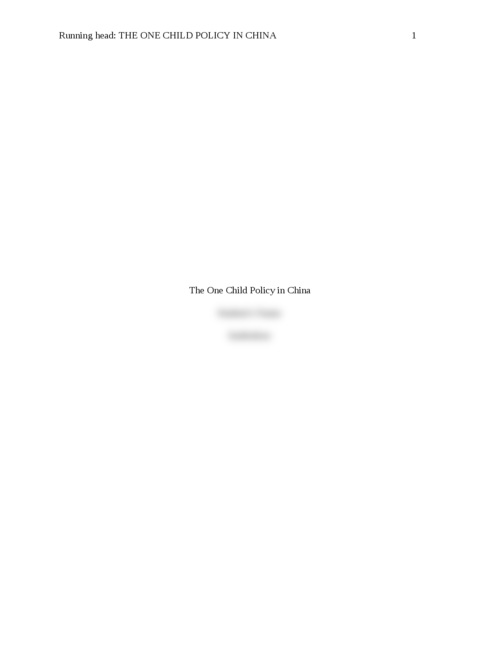 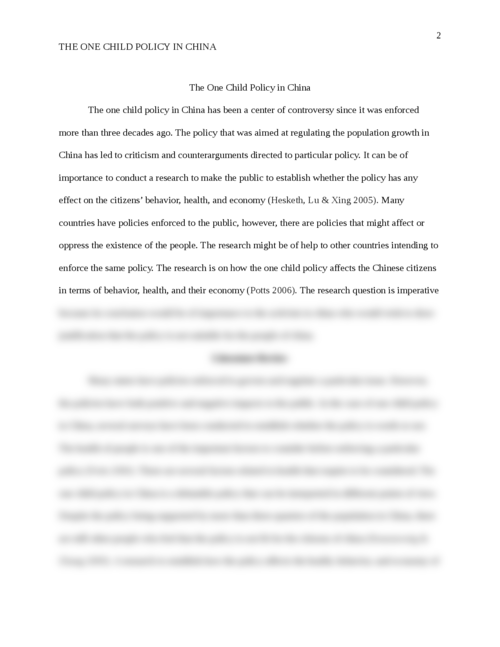 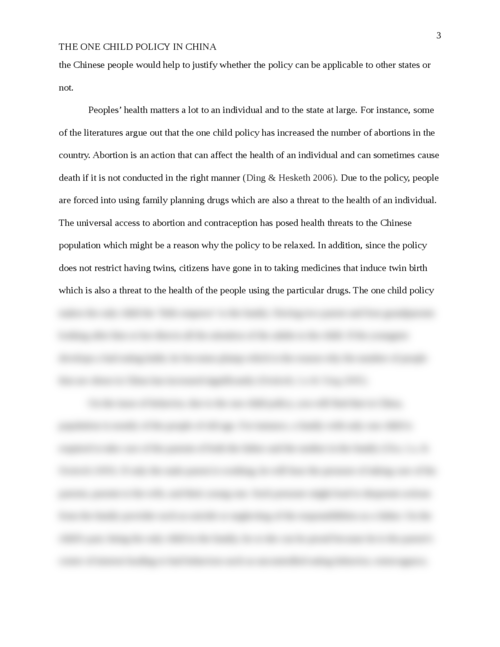 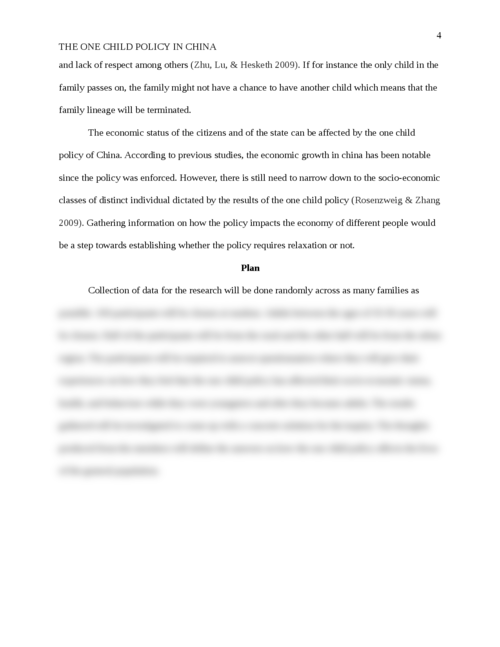 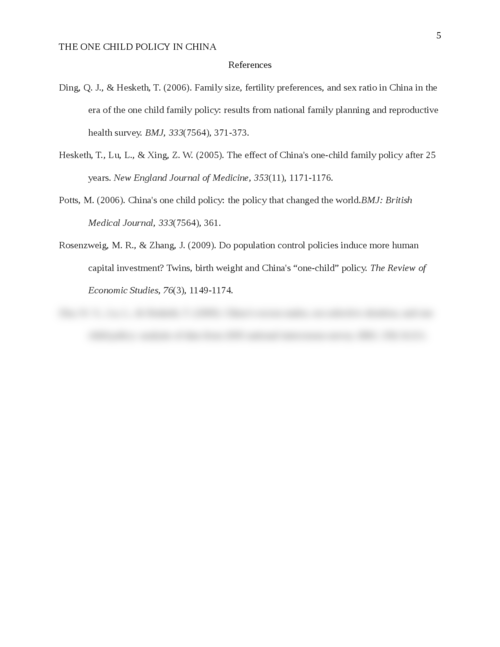 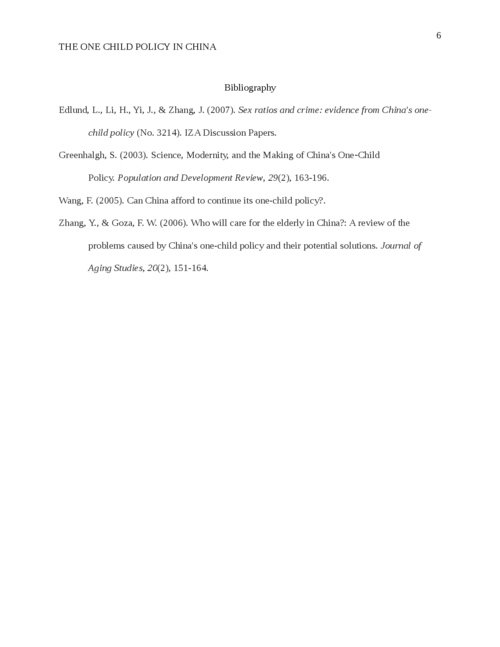 How does the one child policy in China affect the Chinese citizens in terms of behavior, health, and economy?

The one child policy in China has been a center of controversy since it was enforced more than three decades ago. The policy that was aimed at regulating the population growth in China has led to criticism and counterarguments directed to particular policy. It can be of importance to conduct a research to make the public to establish whether the policy has any effect on the citizens’ behavior, health, and economy (Hesketh, Lu & Xing 2005). Many countries have policies enforced to the public, however, there are policies that might affect or oppress the existence of the people. The research might be of help to other countries intending to enforce the same policy. The research is on how the one child policy affects the Chinese citizens in terms of behavior, health, and their economy (Potts 2006). The research question is imperative because its conclusion would be of importance to the activists in china who would wish to draw justification that the policy is not suitable for the people of china.