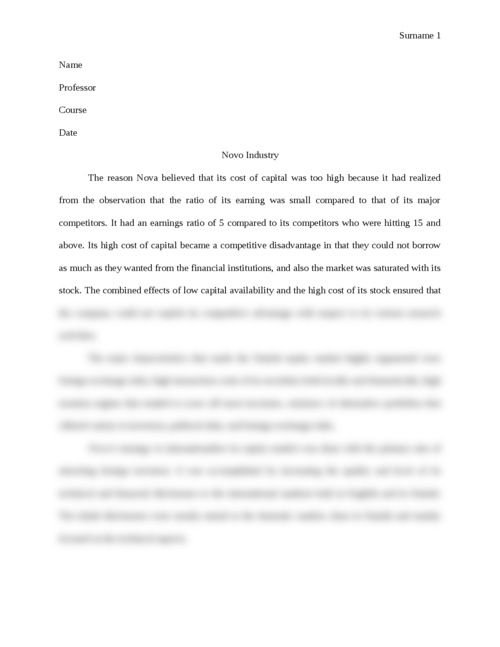 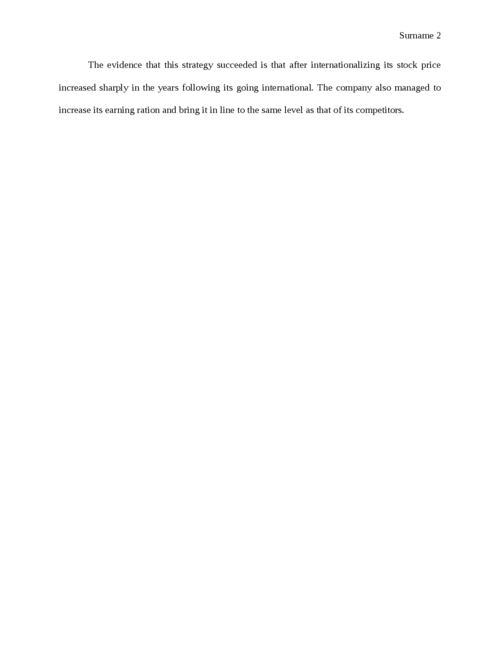 Novo believed that the Danish capital market was segmented from world capital markets. Explain the six characteristics of the Danish equity market that were responsible for its segmentation.

What was Novo’s strategy to internationalize its cost of capital?

What is the evidence that Novo’s strategy succeeded?

The reason Nova believed that its cost of capital was too high because it had realized from the observation that the ratio of its earning was small compared to that of its major competitors. It had an earnings ratio of 5 compared to its competitors who were hitting 15 and above. Its high cost of capital became a competitive disadvantage in that they could not borrow as much as they wanted from the financial institutions, and also the market was saturated with its stock.