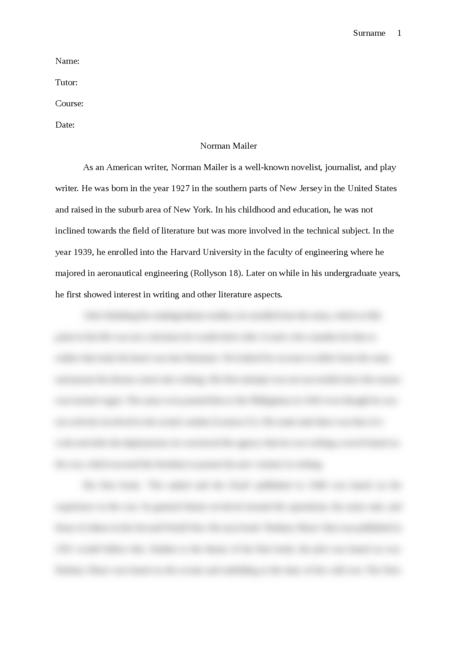 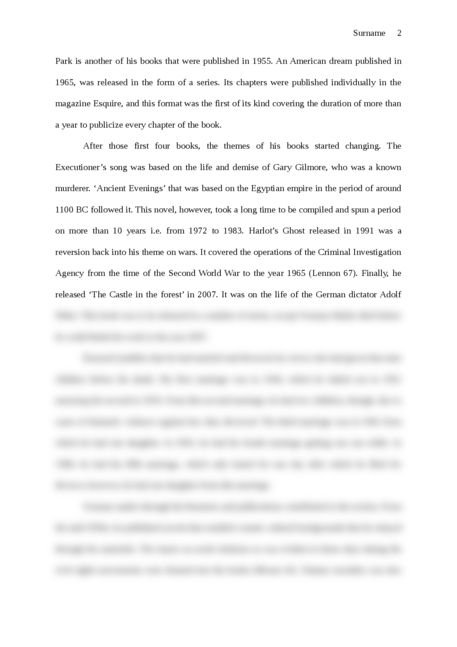 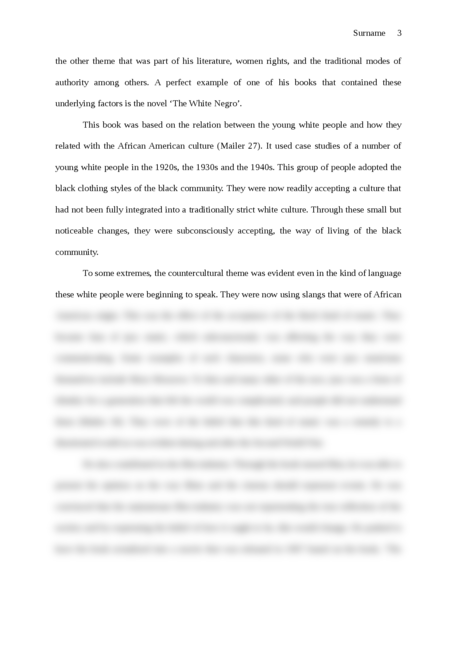 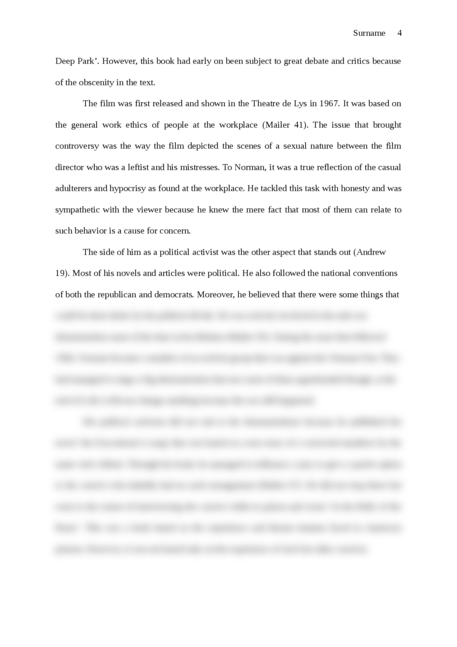 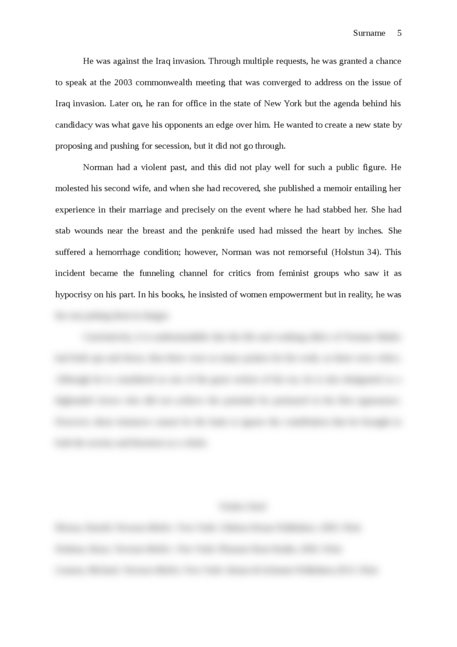 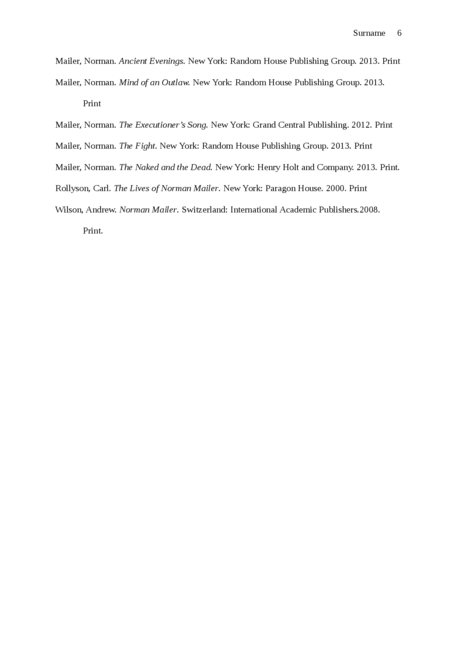 As an American writer, Norman Mailer is a well-known novelist, journalist, and play writer. He was born in the year 1927 in the southern parts of New Jersey in the United States and raised in the suburb area of New York. In his childhood and education, he was not inclined towards the field of literature but was more involved in the technical subject. In the year 1939, he enrolled into the Harvard University in the faculty of engineering where he majored in aeronautical engineering (Rollyson 18). Later on while in his undergraduate years, he first showed interest in writing and other literature aspects.

After finishing his undergraduate studies, he enrolled into the army, which at this point in his life was not a decision he would stick with. It took a few months for him to realize that truly his heart was into literature. He looked for excuses to defer from the army and pursue his dream career into writing. His first attempt was not successful since his reason was termed vague. The army even posted him to the Philippines in 1943 even though he was not actively involved in the actual combat (Lennon 51). His main task there was that of a cook and after his deployment, he convinced the agency that he was writing a novel based on the war, which secured his freedom to pursue his new venture in writing.