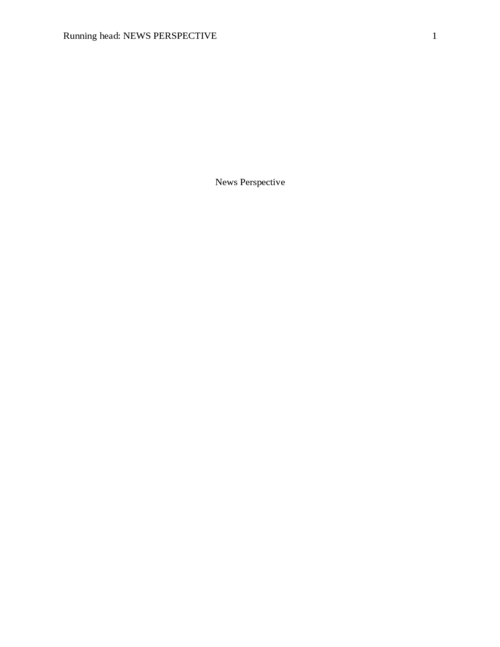 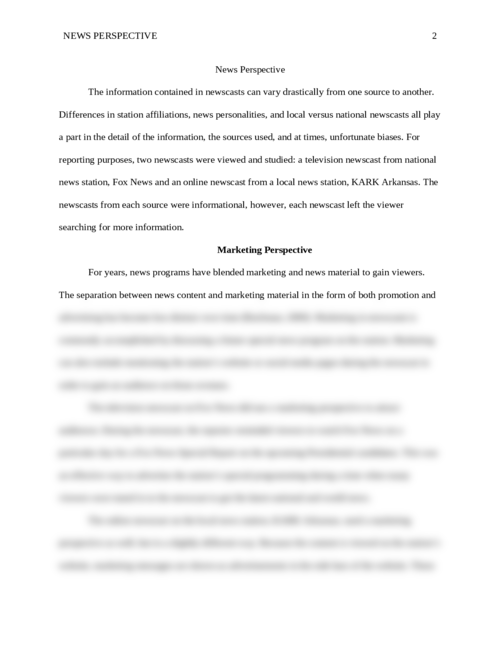 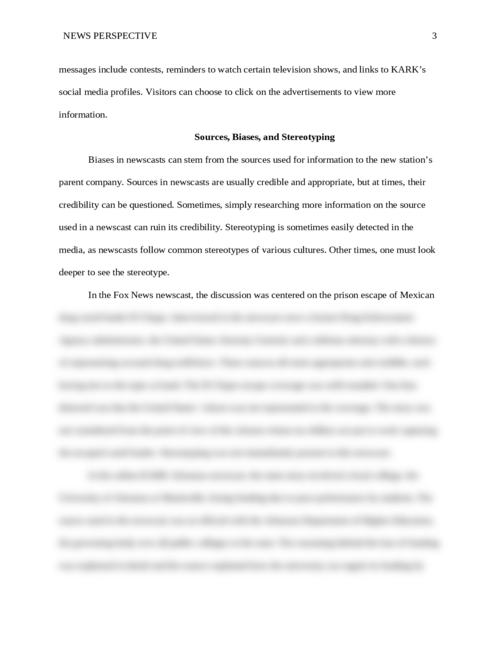 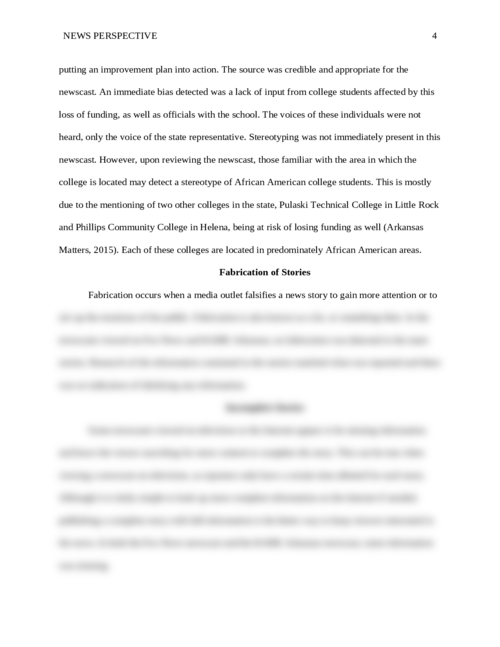 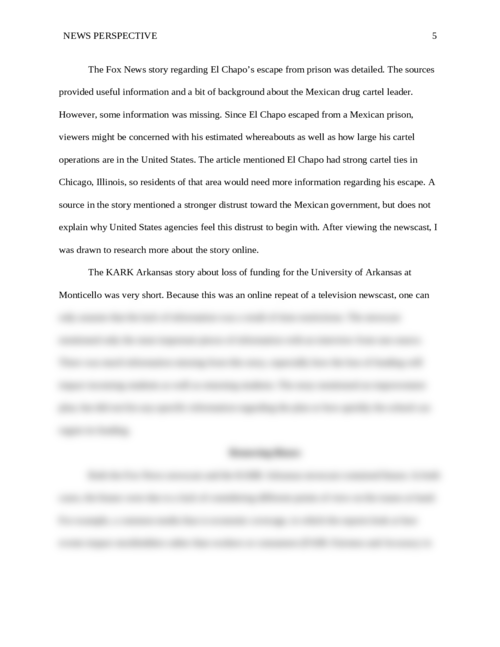 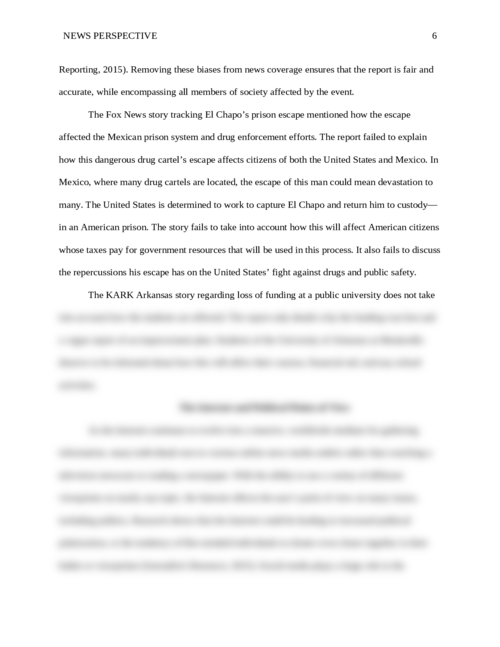 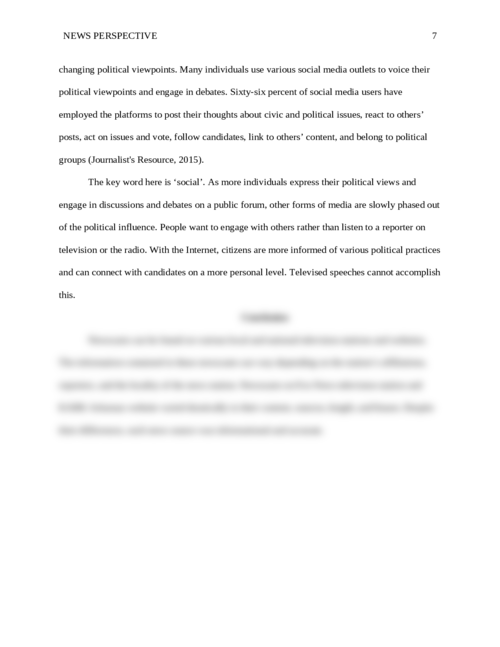 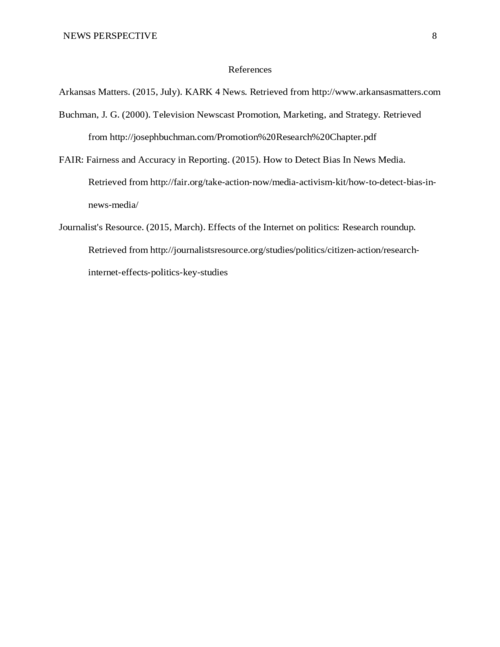 Compare two newscasts-- one local and one national, and describe what type of stories are reported. Determine any biases.

For years, news programs have blended marketing and news materia to gain viewers. The separation between news content and marketing material in the form of both promotion and advertising has become less distinct over time(Buchman, 2000). Marketing in newscasts is commonly accomplished by discussing a future special news program on the station. Marketing can also include mentioning the station’s website or social media pages during the newscast in order to gain an audience on those avenues.

The television newscast on Fox News did use a marketing perspective to attract audiences. During the newscast, the reporter reminded viewers to watch Fox News on a particular day for a Fox News Special Report on the upcoming Presidential candidates. This was an effective way to advertise the station’s special programming during a time when many viewers were tuned in to the newscast to get the latest national and world news.