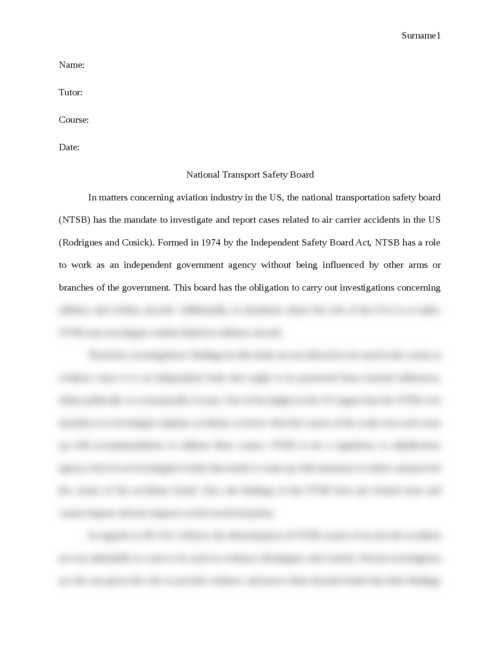 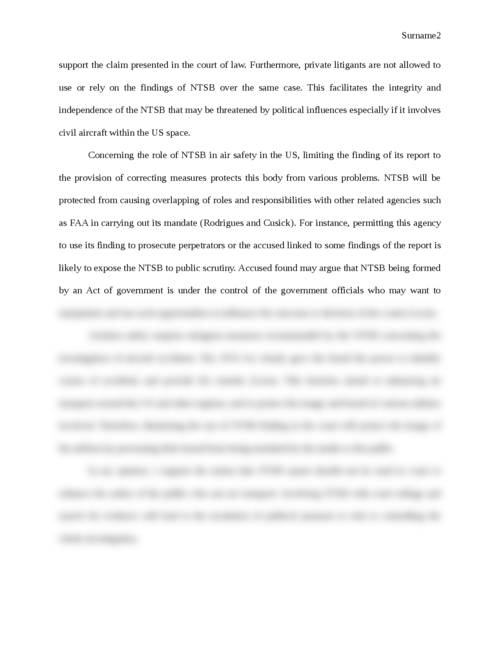 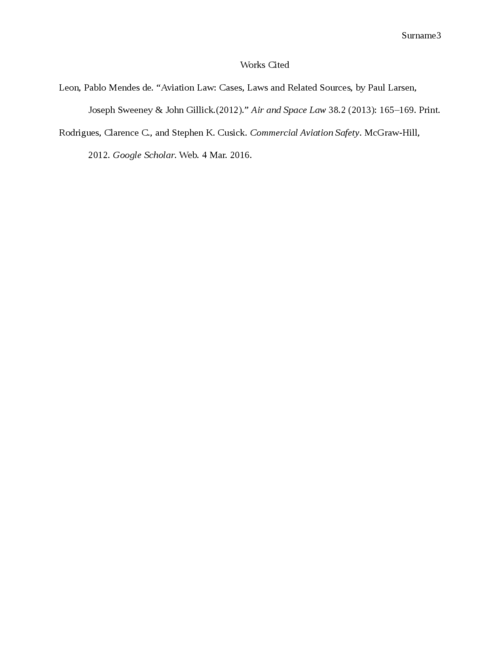 The law that created the National Transportation Safety Board (NTSB) specified that NTSB accident investigation reports cannot be used as evidence in court.

One point of view says that this preserves the integrity of the Board, insulates it from outside influences, and enhances aviation safety.

Another point of view says that this does not enhance safety and it only makes it harder for injured parties to make a case and to recover damages from at-fault organizations.

Pick one side or the other of the issue and write a 2-page paper making a case for your chosen side of the argument.

In matters concerning aviation industry in the US, the national transportation safety board (NTSB) has the mandate to investigate and report cases related to air carrier accidents in the US (Rodrigues and Cusick). Formed in 1974 by the Independent Safety Board Act, NTSB has a role to work as an independent government agency without being influenced by other arms or branches of the government. This board has the obligation to carry out investigations concerning military and civilian aircraft. Additionally, in situations where the role of the FAA is at stake, NTSB may investigate crashes linked to military aircraft.