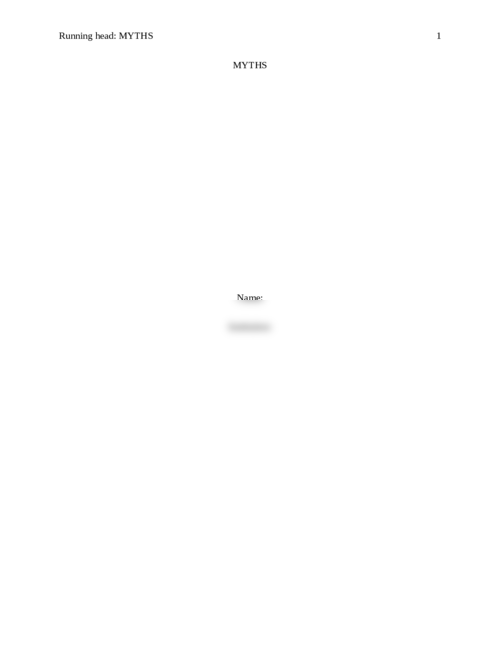 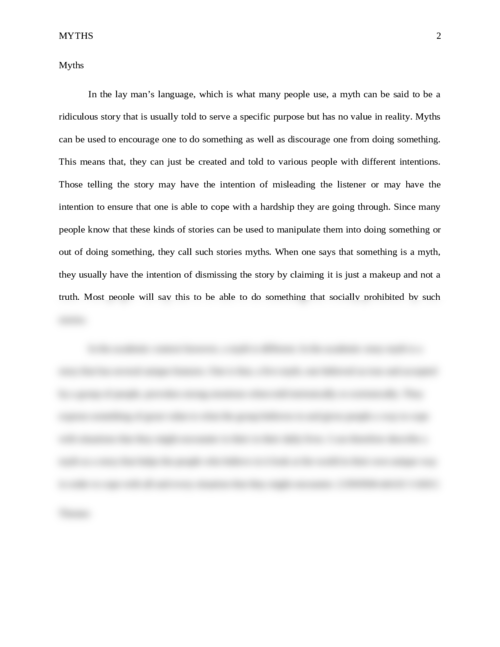 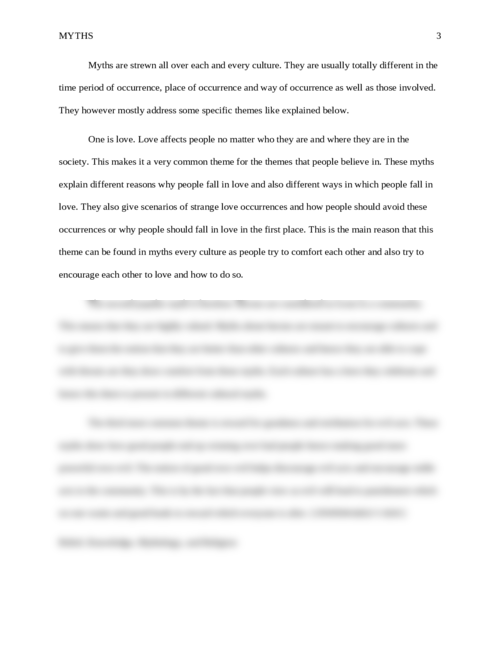 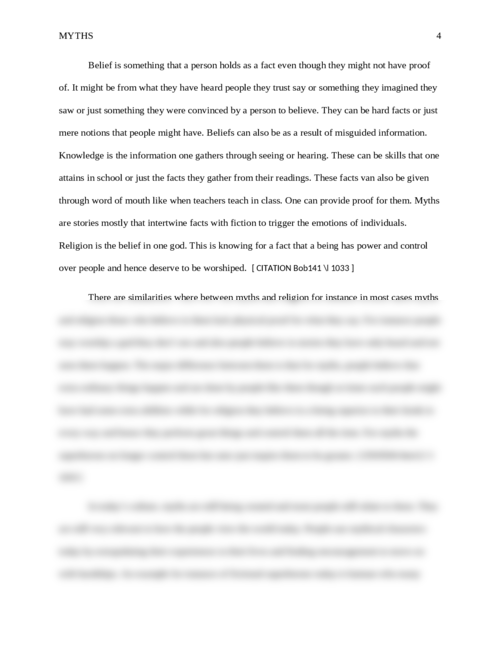 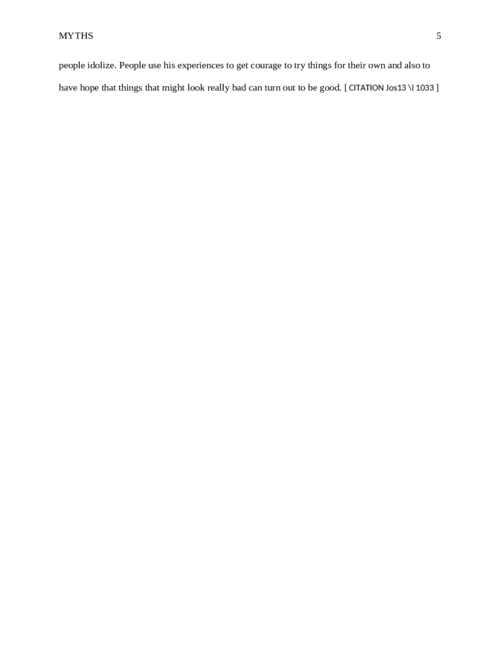 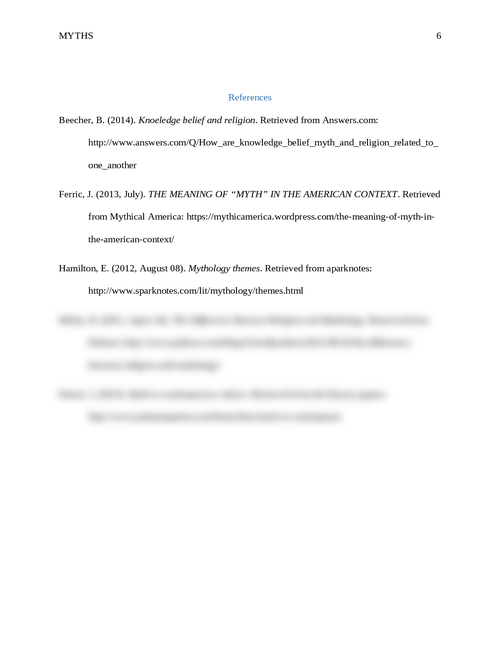 Write a 900 to  1,050-word paper in which you answer the following questions:

Format your citations and references consistent with APA guidelines.

In the lay man’s language, which is what many people use, a myth can be said to be a ridiculous story that is usually told to serve a specific purpose but has no value in reality. Myths can be used to encourage one to do something as well as discourage one from doing something. This means that, they can just be created and told to various people with different intentions. Those telling the story may have the intention of misleading the listener or may have the intention to ensure that one is able to cope with a hardship they are going through. Since many people know that these kinds of stories can be used to manipulate them into doing something or out of doing something, they call such stories myths. When one says that something is a myth, they usually have the intention of dismissing the story by claiming it is just a makeup and not a truth. Most people will say this to be able to do something that socially prohibited by such stories. 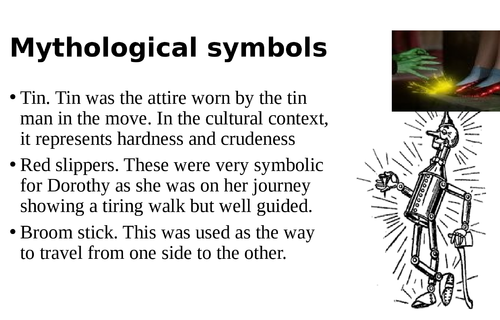 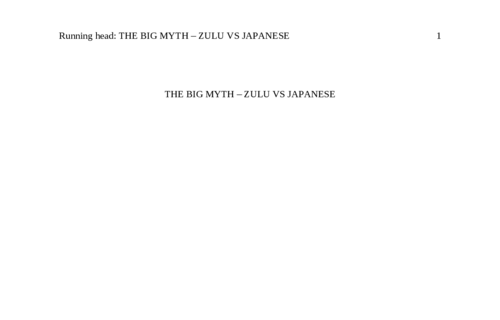