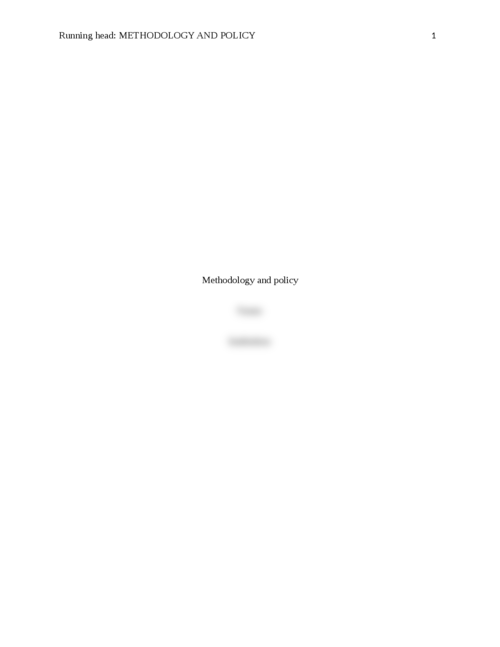 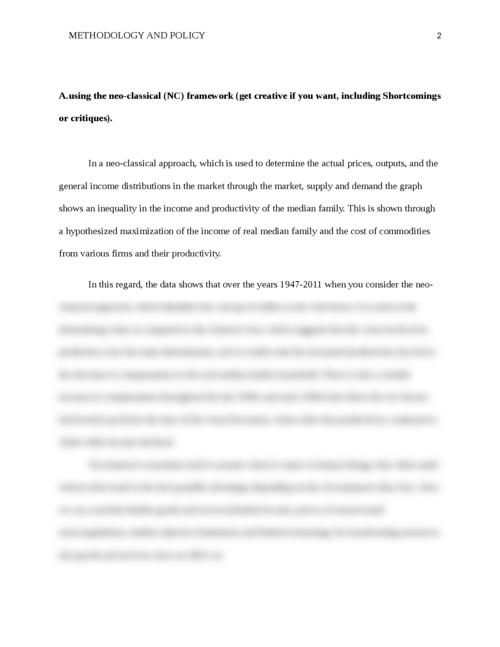 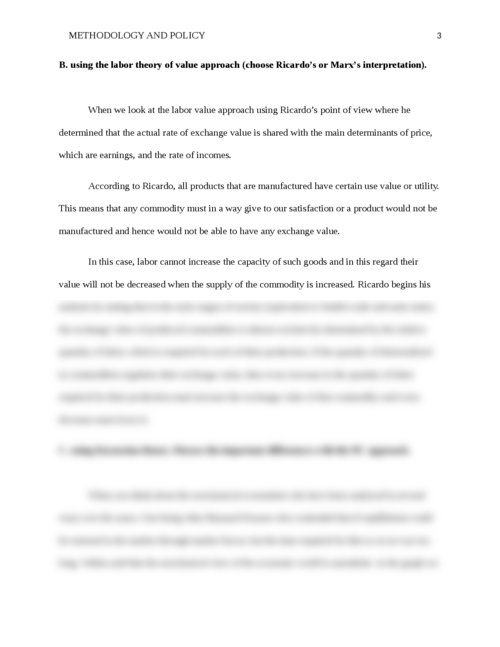 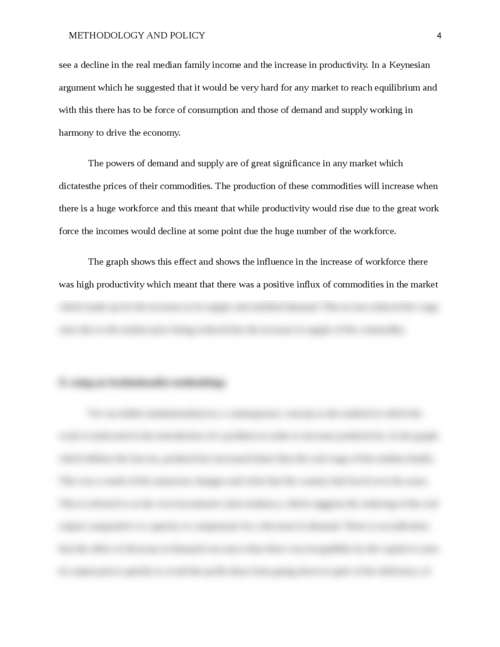 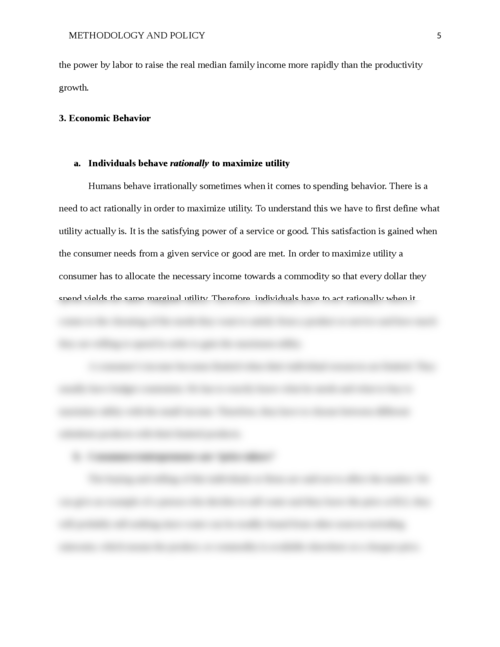 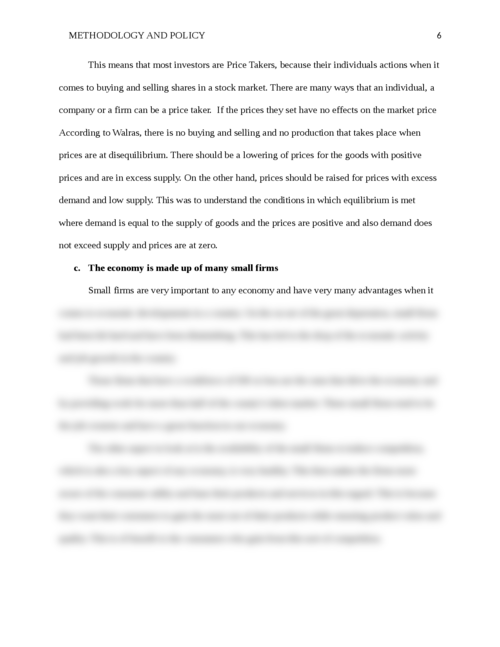 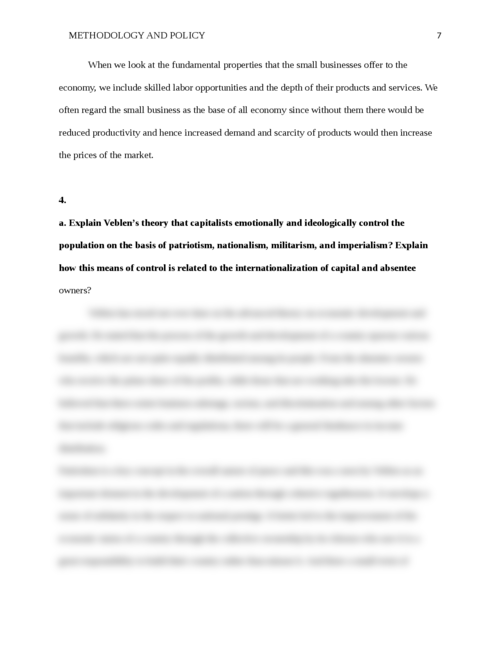 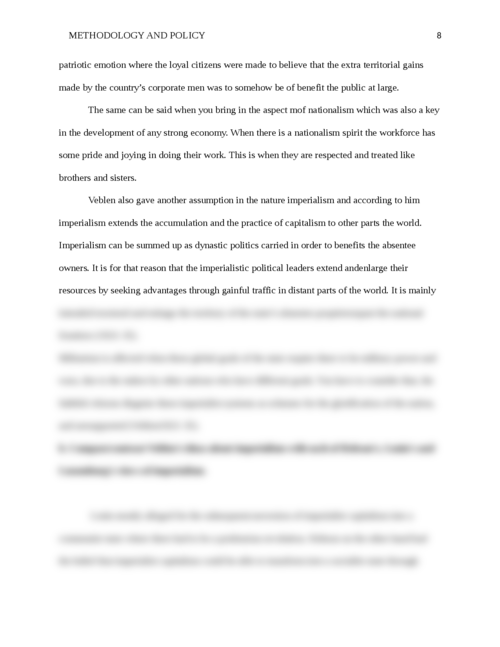 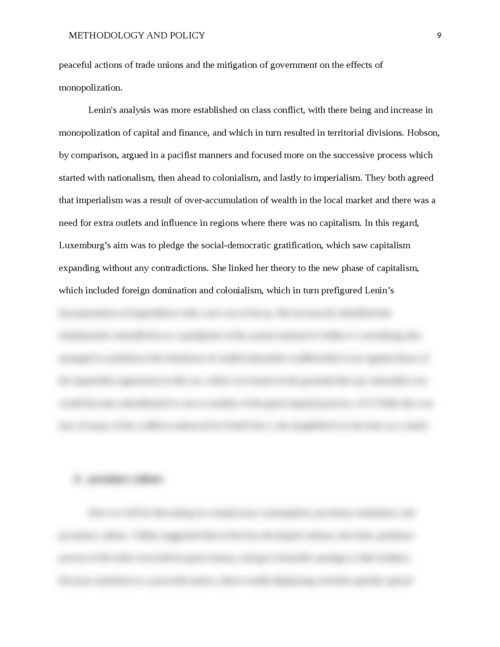 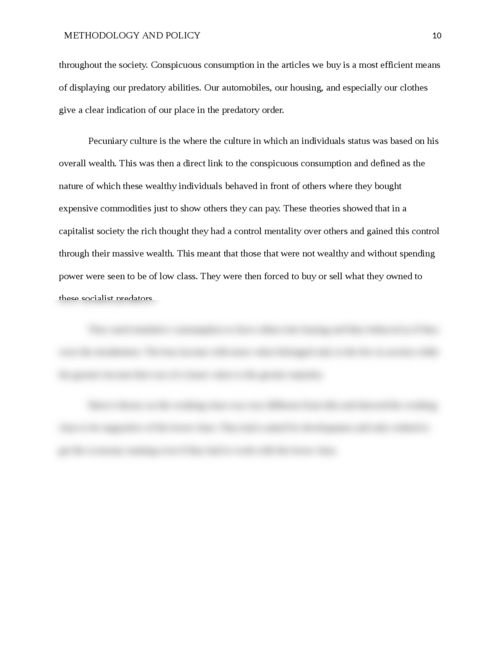 METHODOLOGY, POLICY; Check out this graph of income in the U.S. over time Productivity and real median family income growth, 1947-2009 and explain what the graph demonstrates

A.using the neo-classical (NC) framework (get creative if you want, including Shortcomings or critiques).

In a neo-classical approach, which is used to determine the actual prices, outputs, and the general income distributions in the market through the market, supply and demand the graph shows an inequality in the income and productivity of the median family. This is shown through a hypothesized maximization of the income of real median family and the cost of commodities from various firms and their productivity.

In this regard, the data shows that over the years 1947-2011 when you consider the neo- classical approach, which identifies the concept of utility as the vital factor. It is used as the determining value as compared to the classical view, which suggests that the costs involved in production were the main determinants, and we realize that the increased productivity has led to the decrease in compensation in the real median family household. There is also a notable increase in compensation throughout the late 1990s and early 2000s had where the two factors had leveled up before the time of the Great Recession, where after that productivity continued to climb while income declined.