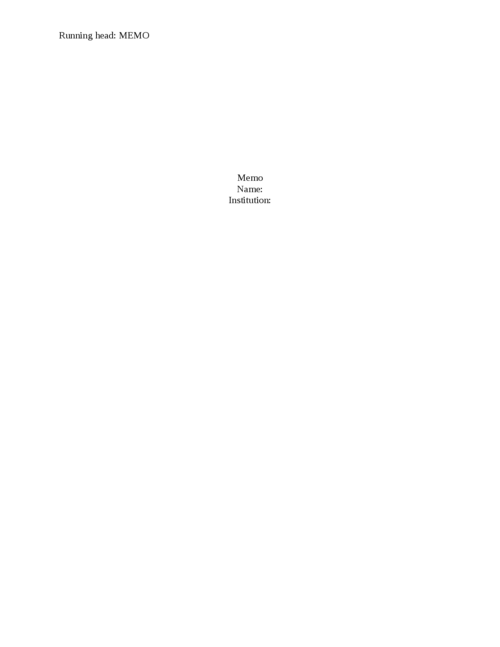 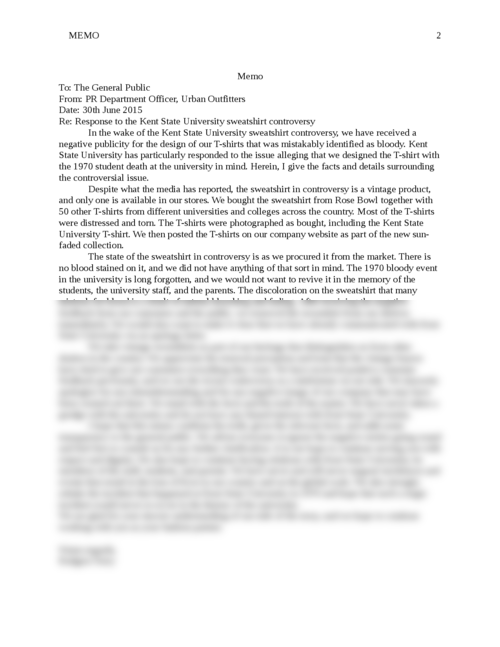 You are an employee in the public relations (PR) department at Urban Outfitters. The marketing director approaches you to compose a recommendation memo in wake of the Kent State University sweatshirt controversy. Both the PR team and the executive board of the company, in pursuit of producing a public response, will read the memo. This memo needs to be both an example of proper business communication (formatting, spelling and grammar, word choice and tone), and provide recommendations on how a corporate entity should communicate with the public (recommendation).

As a piece of proper business communication, the memo should identify your audience, your purpose and message in a concise, formatted document; as a recommendation, it should display a personal analysis of the event, an understanding of potential audience of the PR statement, a definitive stance, and the appropriate medium through which this statement should be made. Please adhere to memo formatting rules, and keep the memo under 1 page single spaced.

To: The General Public

Re: Response to the Kent State University sweatshirt controversy

In the wake of the Kent State University sweatshirt controversy, we have received a negative publicity for the design of our T-shirts that was mistakably identified as bloody. Kent State University has particularly responded to the issue alleging that we designed the T-shirt with the 1970 student death at the university in mind. Herein, I give the facts and details surrounding the controversial issue.