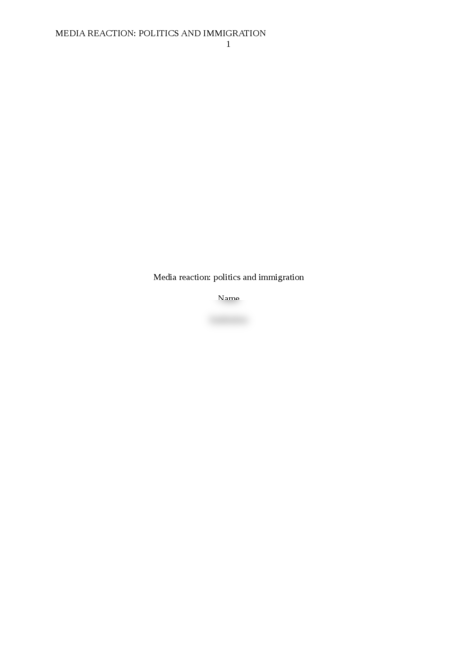 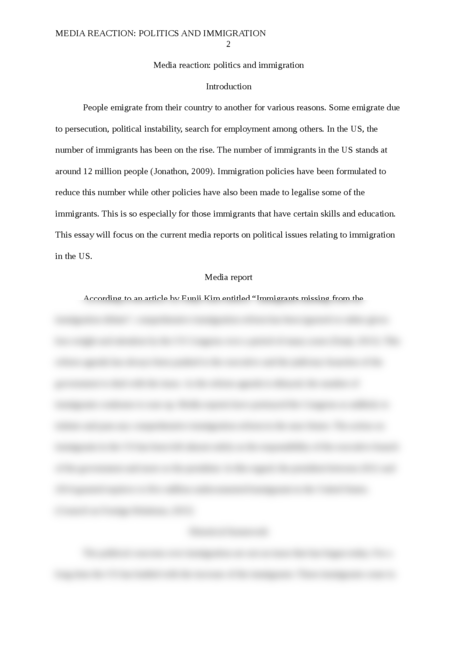 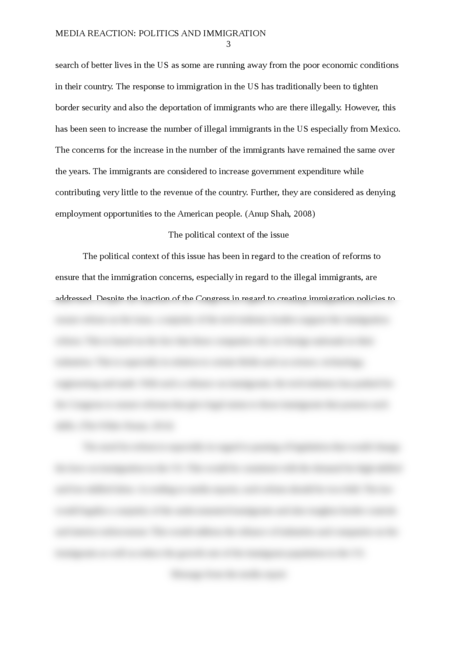 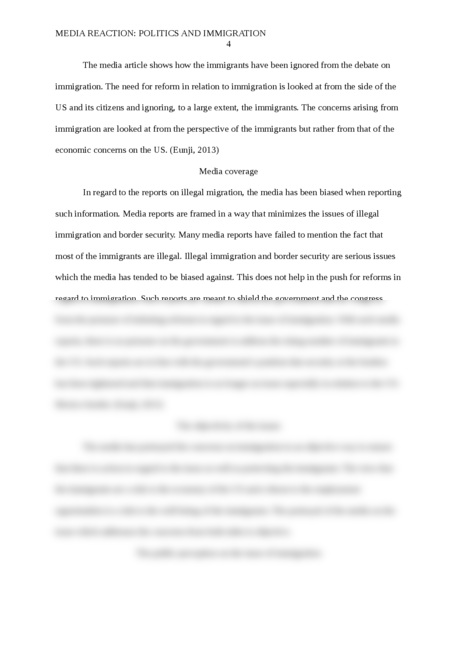 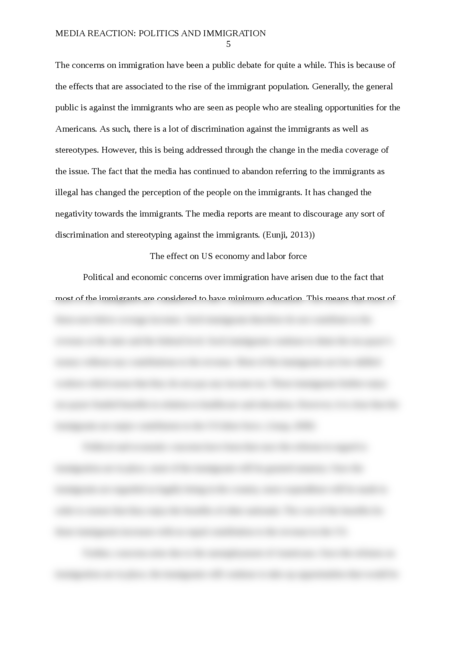 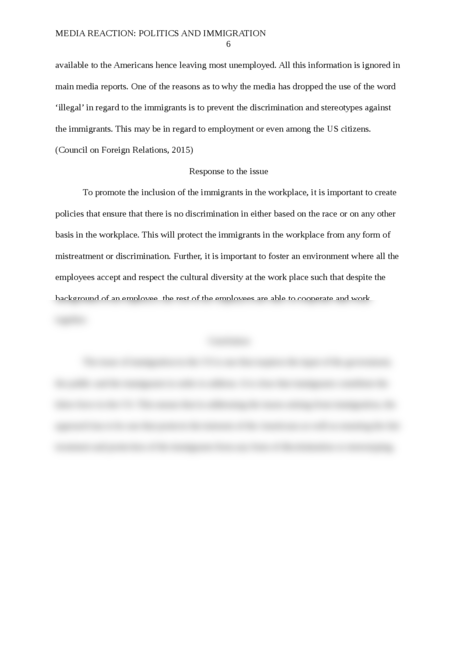 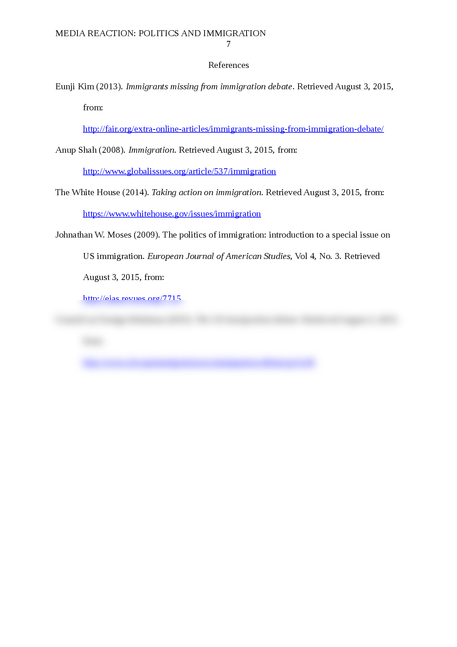 Write a 1,050- to 1,400- word reaction to a media piece focusing on a
current political issue relating to immigration. Possible media pieces
include an article, a video or audio clip, a television show, a book, a
documentary, or a movie.

Research the issue of your media piece.

• What is the historical framework of this issue?

• What is the political context of this issue?

• What message does the media piece attempt to portray? Was the media
coverage biased or unbiased? Was the issue sensationalized or portrayed
objectively?

• How might the media coverage affect the public’s perception of this
issue? Does it encourage or discourage prejudice, discrimination, and
stereotyping?

• How might this issue affect the U.S. economy and labor force?

• If you were a manager affected by this issue and its media coverage,
what inclusion strategies from this week’s reading might you implement
to moderate the media’s effect on your employees and to promote
inclusion in the workplace?

Include at least 4 academic references in your resear

People emigrate from their country to another for various reasons. Some emigrate due to persecution, political instability, search for employment among others. In the US, the number of immigrants has been on the rise. The number of immigrants in the US stands at around 12 million people (Jonathon, 2009). Immigration policies have been formulated to reduce this number while other policies have also been made to legalise some of the immigrants. This is so especially for those immigrants that have certain skills and education. This essay will focus on the current media reports on political issues relating to immigration in the US.