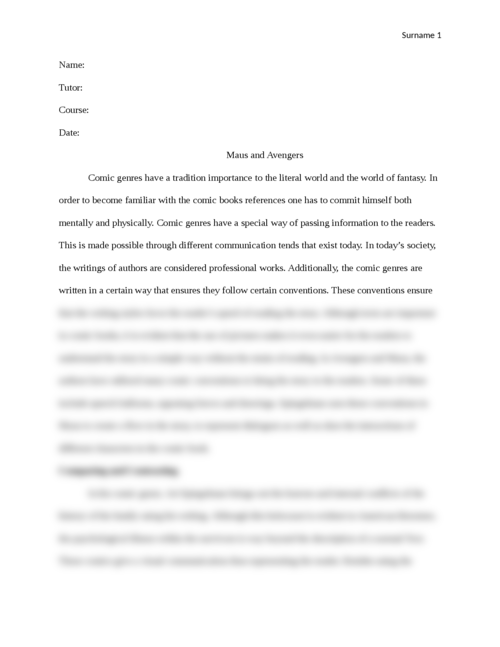 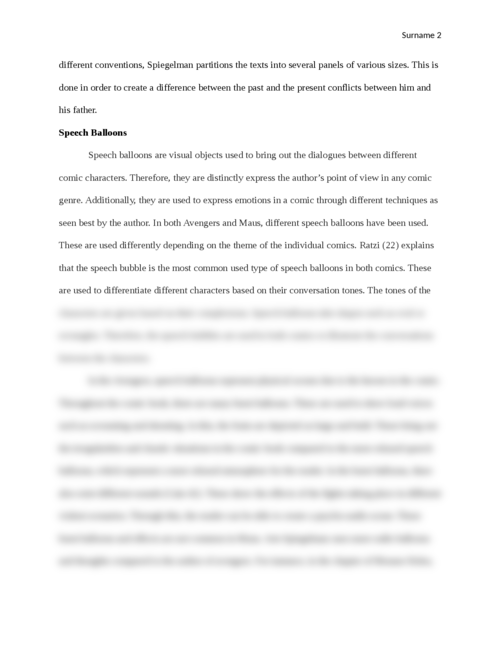 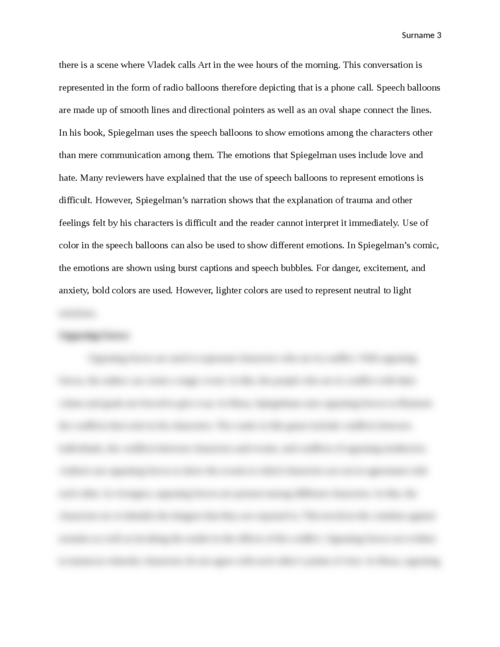 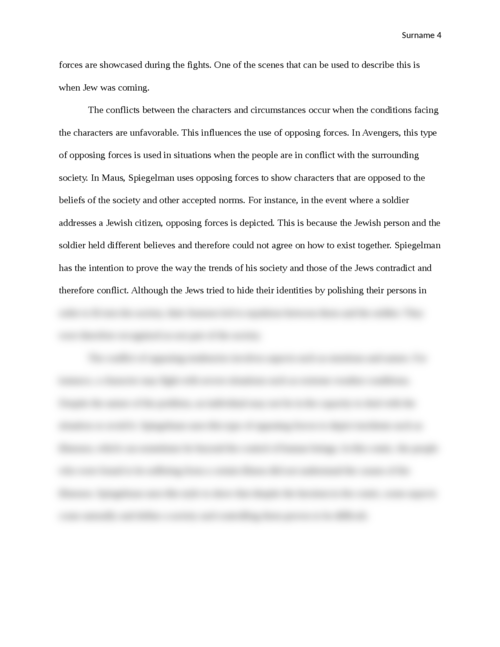 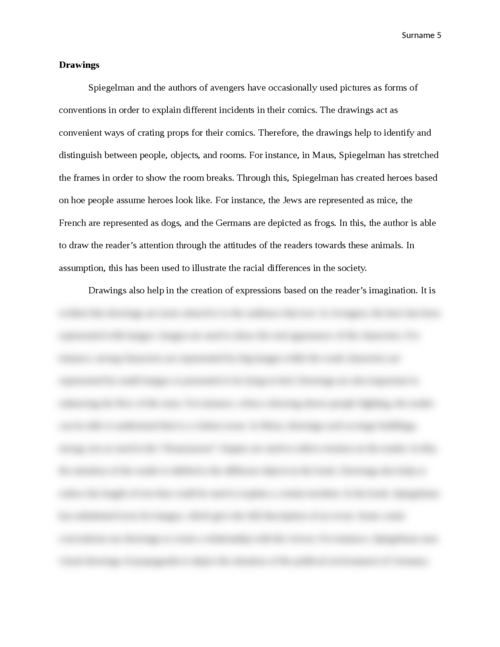 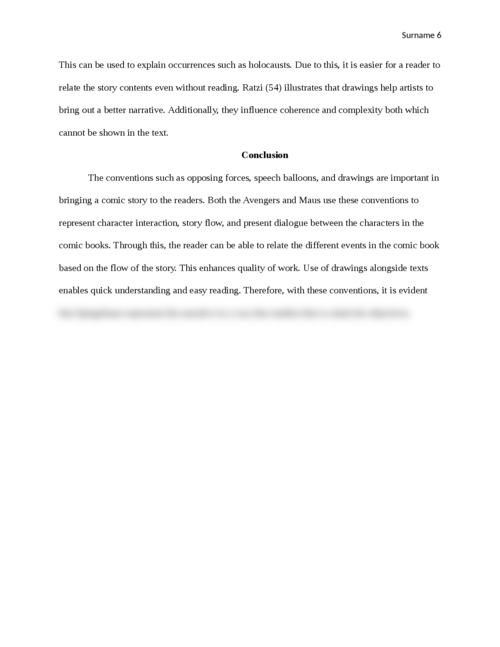 You will write a 5-6 page paper about Art Spiegelman’s use of the conventions of the comics genre in his epic graphic novel, Maus.  I want to see you handle references to (and quotations of) several different texts.

That’s the most important question: why does Spiegelman use those conventions?  What is his artisticintention?  What advantage do SPECIFIC CONVENTIONS give him in his effort to get his themes across to you?  What is he trying to convey to the reader?  You might deal with this part as a matter of course, or you might make a final movement of the paper out of it – it might lead to your conclusion.

Comic genres have a tradition importance to the literal world and the world of fantasy. In order to become familiar with the comic books references one has to commit himself both mentally and physically. Comic genres have a special way of passing information to the readers. This is made possible through different communication tends that exist today. In today’s society, the writings of authors are considered professional works. Additionally, the comic genres are written in a certain way that ensures they follow certain conventions. These conventions ensure that the writing styles favor the reader’s speed of reading the story. Although texts are important in comic books, it is evident that the use of pictures makes it even easier for the readers to understand the story in a simple way without the strain of reading. In Avengers and Maus, the authors have utilized many comic conventions to bring the story to the readers. Some of these include speech balloons, opposing forces and drawings. Spiegelman uses these conventions in Maus to create a flow in the story, to represent dialogues as well as shoe the interactions of different characters in the comic book.