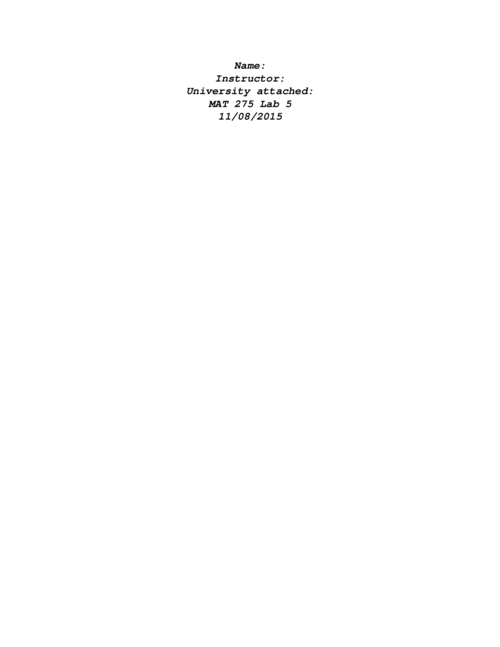 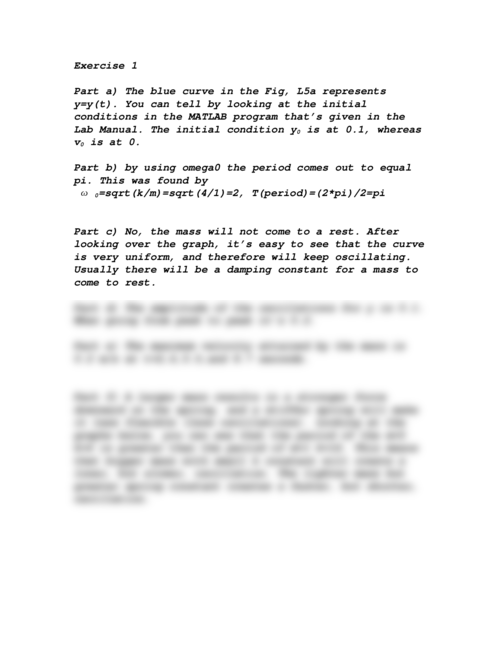 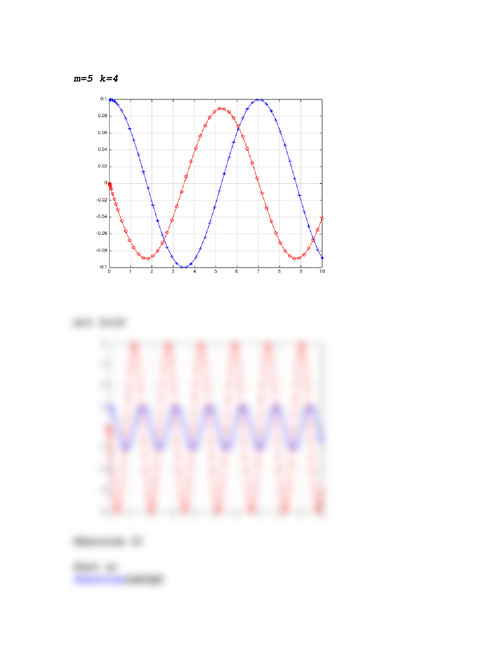 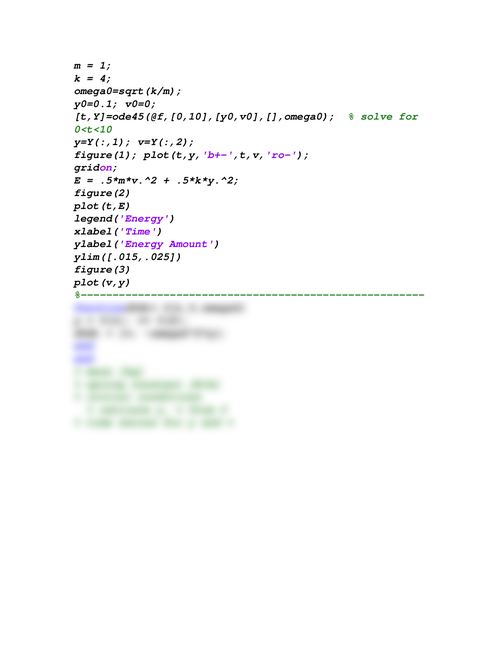 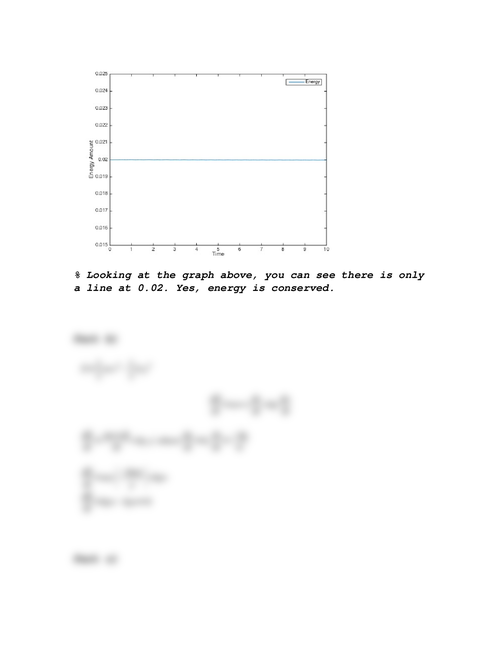 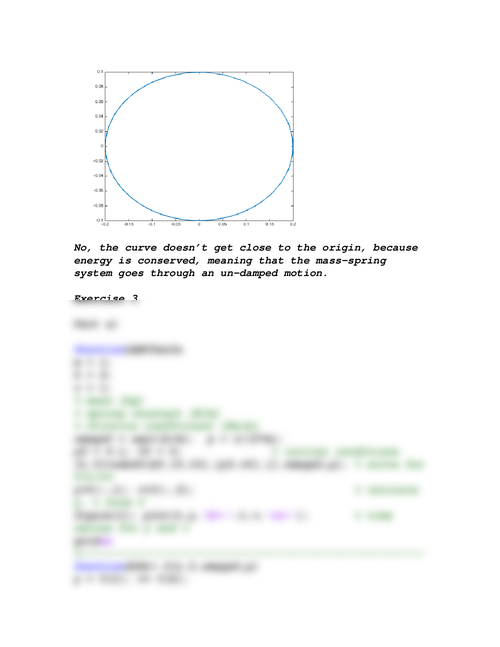 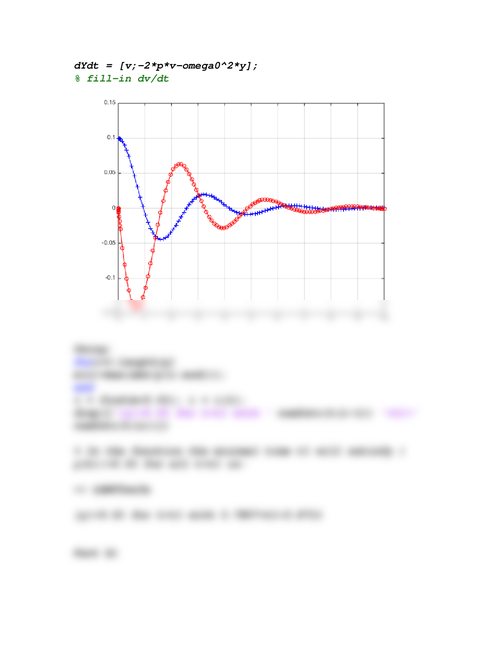 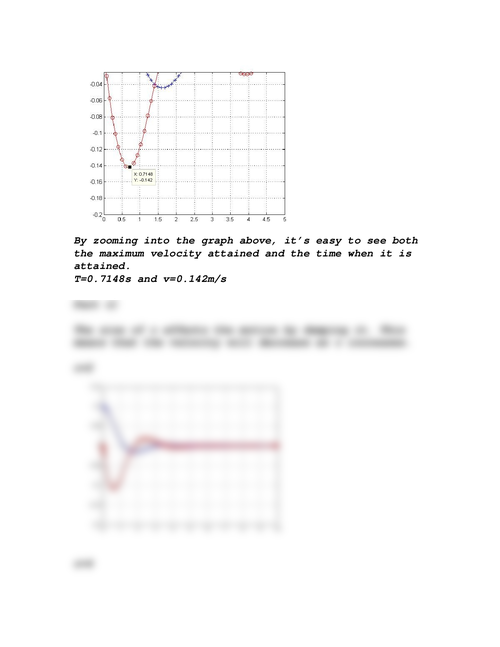 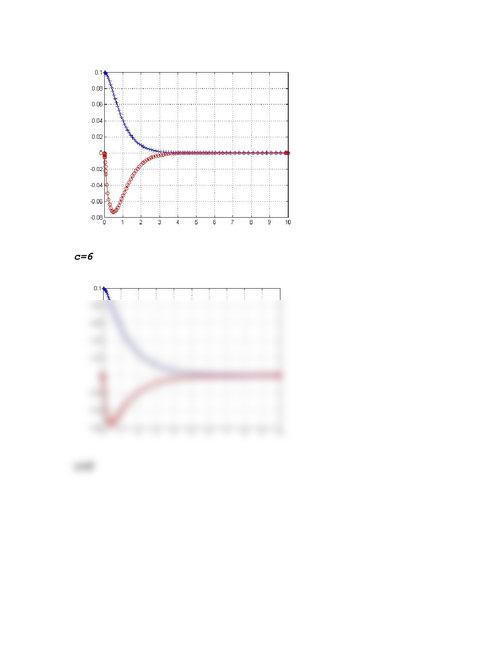 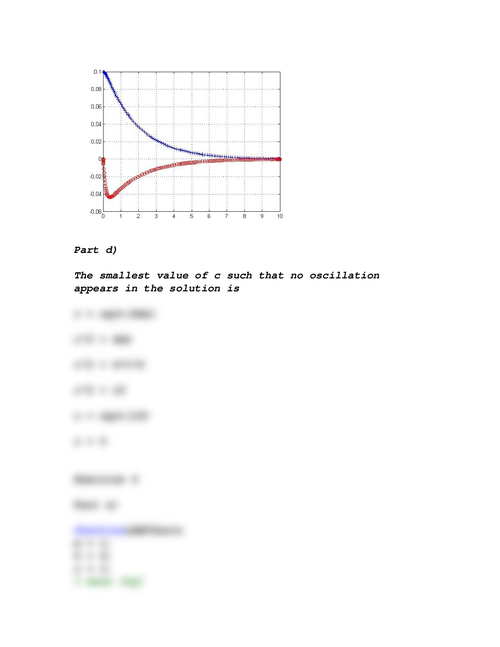 In this laboratory we will examine harmonic oscillation. We will model the motion of a mass-spring system with diﬀerential equations.

Our objectives are as follows:

1.  Determine the eﬀect of parameters on the solutions of diﬀerential equations.

2.  Determine the behavior of the mass-spring system from the graph of the solution.

3.  Determine the eﬀect of the parameters on the behavior of the mass-spring.

The primary MATLAB command used is the ode45 function.

The motion of a mass suspended to a vertical spring can be described as follows. When the spring is not loaded it has length !0 (situation (a)). When a mass m is attached to its lower end it has length ! (situation (b)). From the first principle of mechanics we then obtain

The term g measures the gravitational acceleration (g " 9.8m/s2 " 32f t/s2). The quantity k is a spring constant measuring its stiﬀness. We now pull downwards on the mass by an amount y and let the mass go (situation (c)). We expect the mass to oscillate around the position y = 0. The second principle of mechanics yields

Note that the parameter ω0 was passed as an argument to ode45 rather than set to its value ω0 = 2 directly in the function f. The advantage is that its value can easily be changed in the driver part of the program rather than in the function, for example when multiple plots with diﬀerent values of ω0 need to be compared in a single MATLAB figure window.

1.  From the graph in Fig.  L5a answer the following questions.

(c)   We say that the mass comes to rest if, after a certain time, the position of the mass remains within an arbitrary small distance from the equilibrium position. Will the mass ever come to rest? Why?

(d)   What is the amplitude of the oscillations for y?

(e)   What is the maximum velocity (in magnitude) attained by the mass, and when is it attained? Make sure you give all the t-values at which the velocity is maximum and the corresponding

maximum value. The t-values can be determined by magnifying the MATLAB figure using the magnify button , and by using the periodicity of the velocity function.

(f ) How does the size of the mass m and the stiﬀness k of the spring aﬀect the motion? Support your answer first with a theoretical analysis on how ω0 – and therefore the period of the oscillation – is related to m and k, and then graphically by running LAB05ex1.m first with m = 5 and k = 4 and then with m = 1 and k = 16. Include the corresponding graphs.

2.  The energy of the mass-spring system is given by the sum of the potential energy and kinetic energy. In absence of damping, the energy is conserved.

(a)   Plot the quantity E = 12 mv2 + 12 ky2 as a function of time. What do you observe? (pay close attention to the y-axis scale and, if necessary, use ylim to get a better graph). Does the graph confirm the fact that the energy is conserved?

(b)   Show analytically that  dEdt  = 0.(Note that this proves that the energy is constant).

(c)   Plot v vs y (phase plot). Does the curve ever get close to the origin? Why or why not? What does that mean for the mass-spring system?

When the movement of the mass is damped due to viscous eﬀects (e.g., the mass moves in a cylinder containing oil, situation (d)), an additional term proportional to the velocity must be added. The resulting equation becomes

3.  Fill in LAB05ex1a.m to reproduce Fig.  L5b and then answer the following questions.

(a)   For what minimal time t1 will the mass-spring system satisfy |y(t)| < 0.01 for all t > t1? You can answer the question either by magnifying the MATLAB figure using the magnify button  (include a graph that confirms your answer), or use the following MATLAB commands (explain):

(b)   What is the maximum (in magnitude) velocity attained by the mass, and when is it attained? Answer by using the magnify button and include the corresponding picture.

(d)   Determine analytically the smallest (critical) value of c such that no oscillation appears in the solution.

energy conserved in this case?

(c)   Plot v vs y (phase plot). Comment on the behavior of the curve in the context of the motion of the spring. Does the graph ever get close to the origin? Why or why not?

Part b) by using omega0 the period comes out to equal pi. This was found by

Part c) No, the mass will not come to a rest. After looking over the graph, it’s easy to see that the curve is very uniform, and therefore will keep oscillating. Usually there will be a damping constant for a mass to come to rest.

Part d) The amplitude of the oscillations for y is 0.1. When going from peak to peak it’s 0.2. 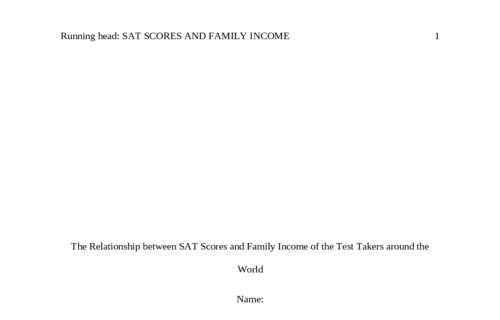