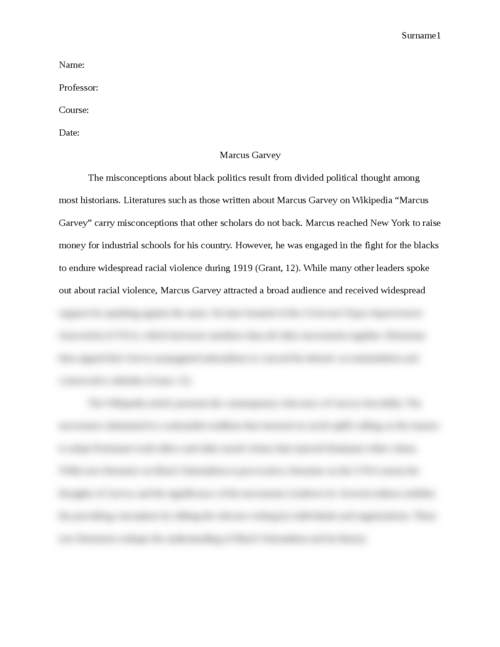 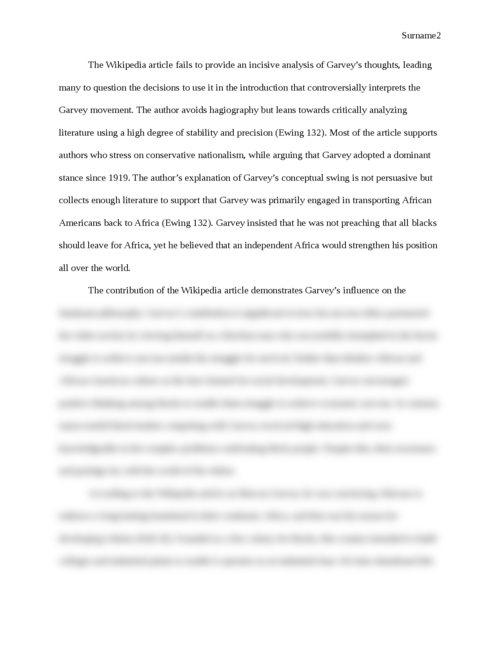 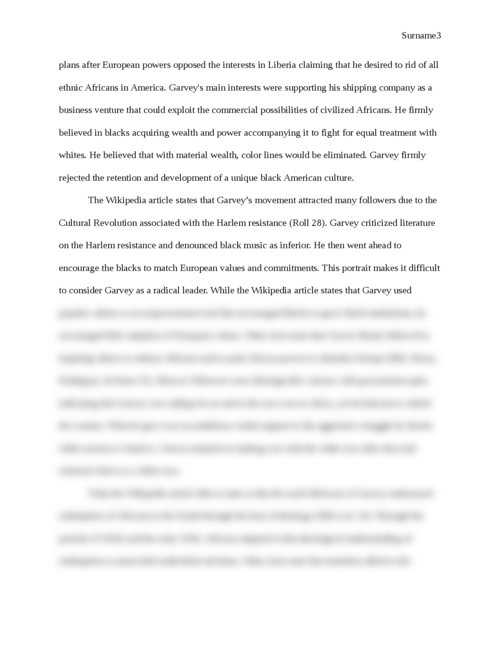 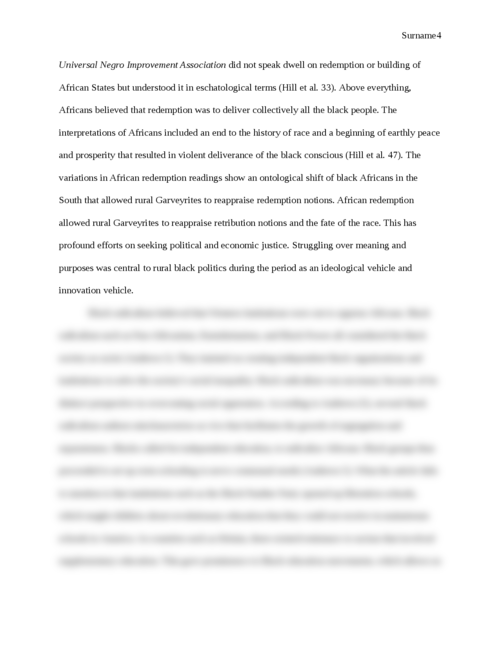 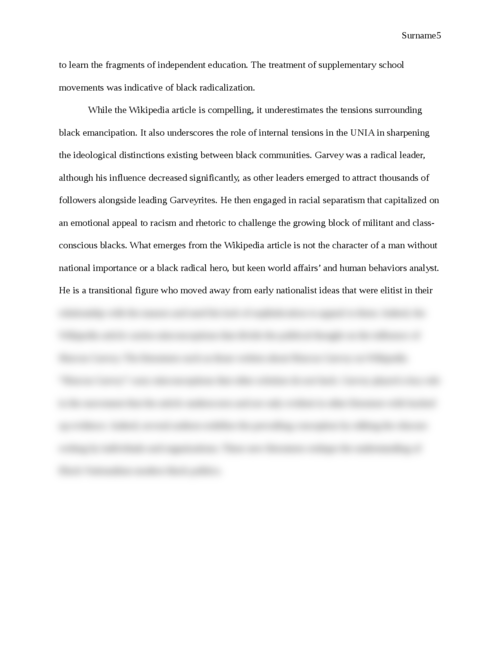 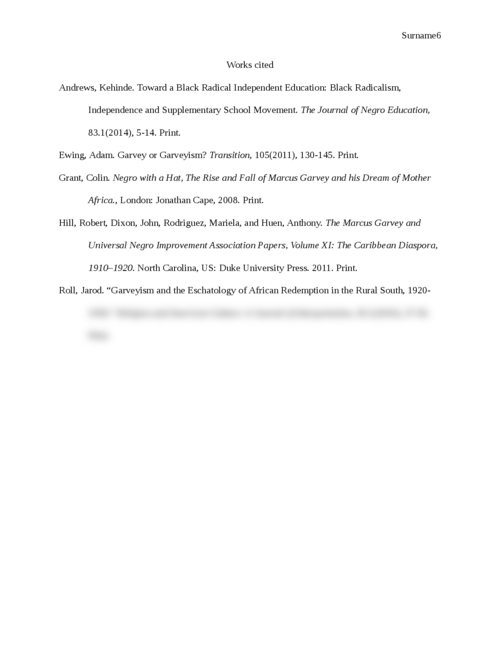 Write a paper and talk about Marcus Garvey and his speaking against the widespread racial violence and the response that the historians gave for his actions.

The misconceptions about black politics result from divided political thought among most historians. Literatures such as those written about Marcus Garvey on Wikipedia “Marcus Garvey” carry misconceptions that other scholars do not back. Marcus reached New York to raise money for industrial schools for his country. However, he was engaged in the fight for the blacks to endure widespread racial violence during 1919 (Grant, 12). While many other leaders spoke out about racial violence, Marcus Garvey attracted a broad audience and received widespread support for speaking against the same. He later boasted of the Universal Negro Improvement Association (UNIA), which had more members than all other movements together. Historians then argued that Garvey propagated nationalism to conceal his rhetoric accommodation and conservative attitudes (Grant, 12).