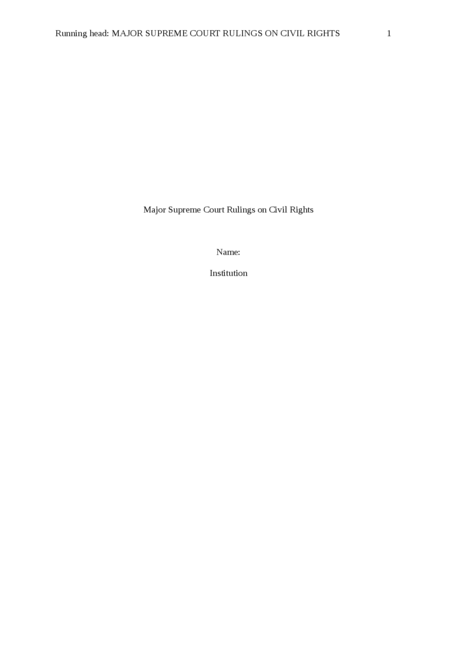 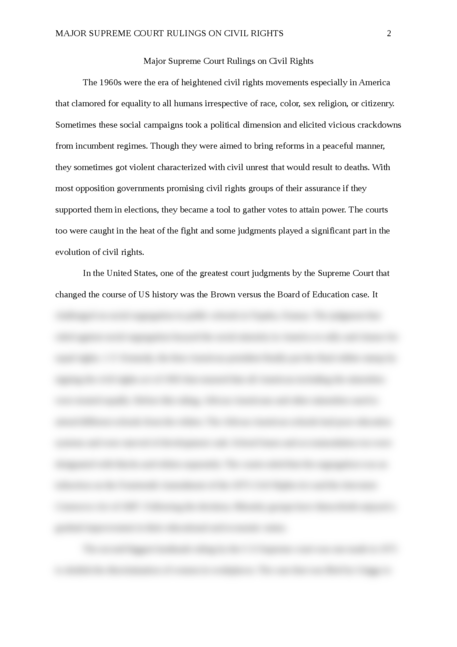 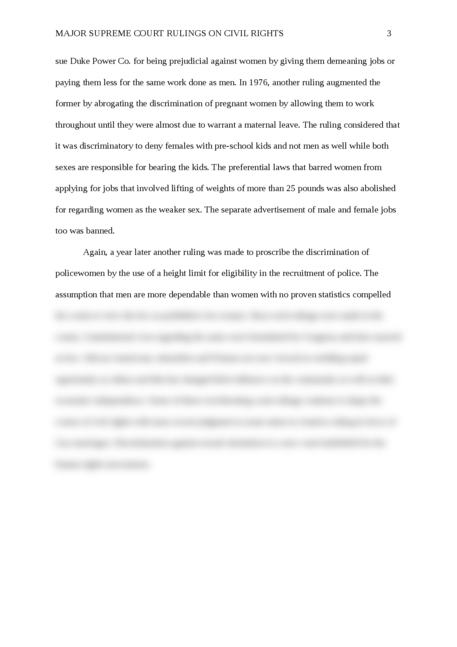 What significance have U.S. Supreme Court rulings had in the area of Civil Rights?

Describe at least two key cause, explain their interpretation of law, and relate their outcome to various oppressed groups in American society.

The 1960s were the era of heightened civil rights movements especially in America that clamored for equality to all humans irrespective of race, color, sex religion, or citizenry. Sometimes these social campaigns took a political dimension and elicited vicious crackdowns from incumbent regimes. Though they were aimed to bring reforms in a peaceful manner, they sometimes got violent characterized with civil unrest that would result to deaths. With most opposition governments promising civil rights groups of their assurance if they supported them in elections, they became a tool to gather votes to attain power. The courts too were caught in the heat of the fight and some judgments played a significant part in the evolution of civil rights.