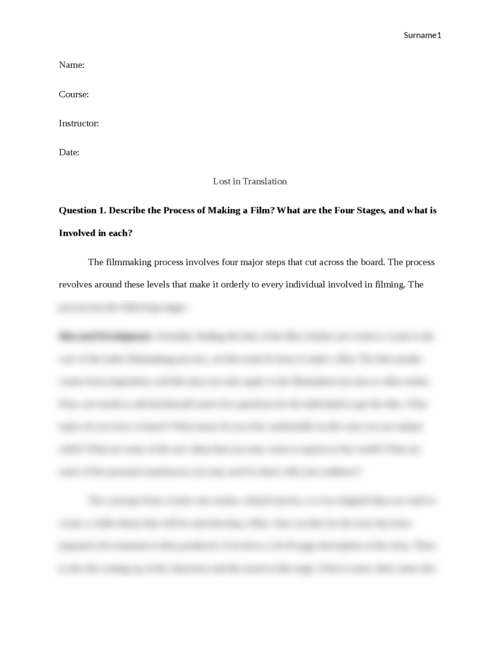 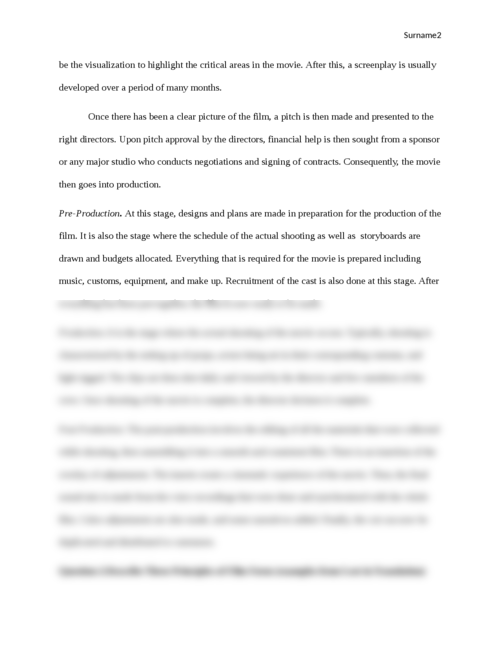 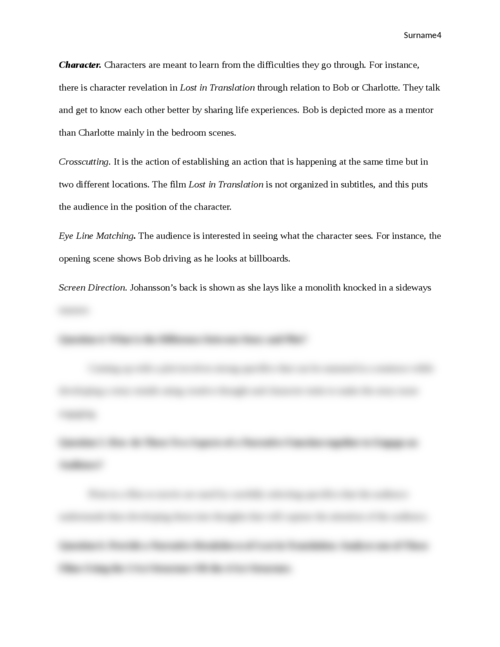 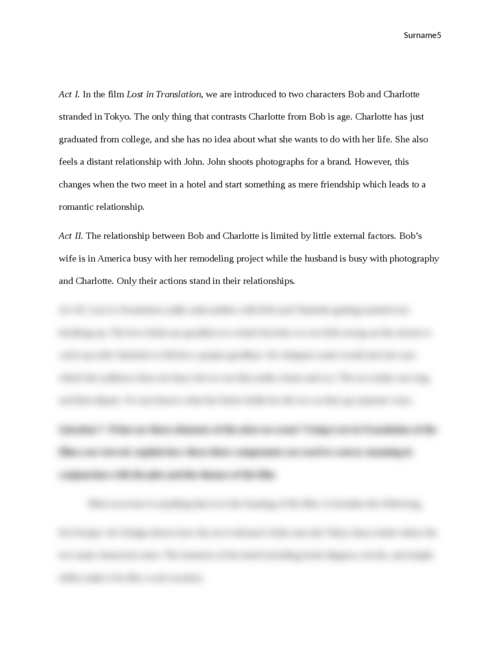 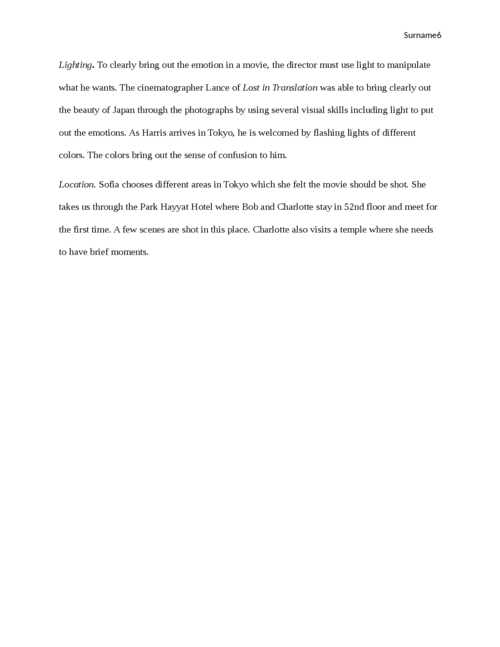 Describe the process of making a film? What are the four stages, and what is involved in each?

What is meant by Classical Hollywood Narrative Conventions? Provide four characteristics (examples from Lost in Translation)

Provide a narrative breakdown of Lost in Translation. Analyze one of these films using the 3 Act structure OR the 4 Act structure.

Act IV (if your film as a fourth act):

Question 1. Describe the Process of Making a Film? What are the Four Stages, and what is Involved in each?

The filmmaking process involves four major steps that cut across the board. The process revolves around these levels that make it orderly to every individual involved in filming. The process has the following stages:

Idea and Development. Normally, finding the idea of the film whyhat one wants to create is the core of the entire filmmaking process.; an idea must be born to make a film. The idea mostly comes from inspiration, and this does not only apply to the filmmakers but also to other artists. First, one needs to ask him/herself some few questions for the individual to get the idea. What topics do you have at heart? What issues do you feel comfortable in (the ones you are unique with)? What are some of the new ideas that you may want to express to the world? What are some of the personal experiences you may need to share with your audience?

The concepts from a book, true stories, related movies, or even original ideas are used to create a viable theme that will be used develop a film. Once an idea for the story has been prepared, the treatment is then produced. It involves a 20-30 page description of the story. There is also the coming up of the characters and the mood at this stage.