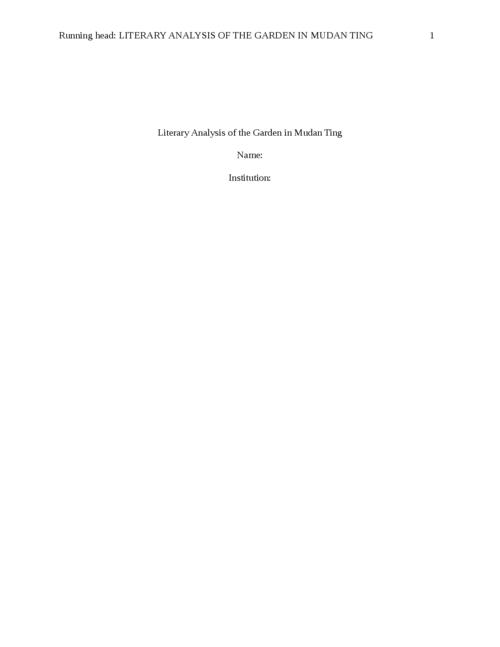 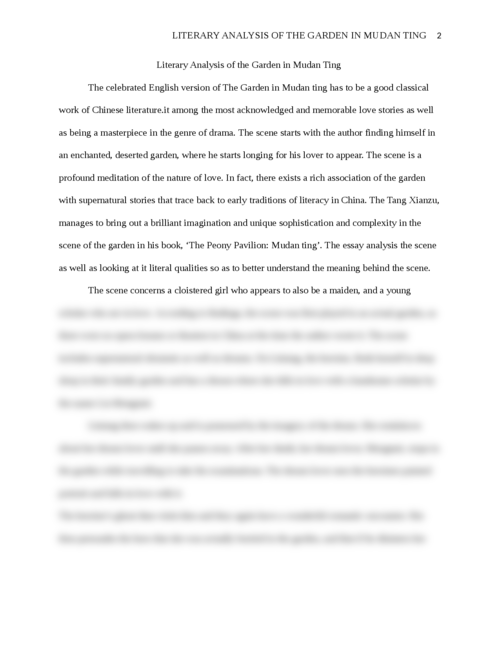 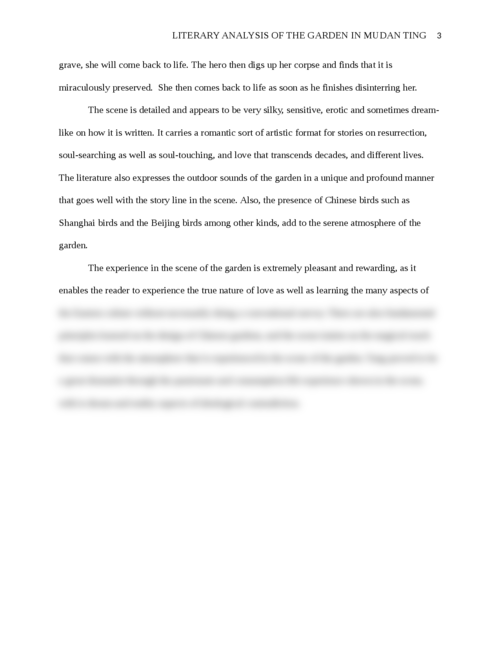 Literary Analysis Of The Garden In Mudan Ting

Perform a literary analysis of the garden as a setting in Mudan ting (Peony Pavilion). How is it described in the text? What attitudes do various characters have regarding it and why? Use evidence from the text.

Literary Analysis of the Garden in Mudan Ting

The celebrated English version of The Garden in Mudan ting has to be a good classical work of Chinese literature.it among the most acknowledged and memorable love stories as well as being a masterpiece in the genre of drama. The scene starts with the author finding himself in an enchanted, deserted garden, where he starts longing for his lover to appear. The scene is a profound meditation of the nature of love. In fact, there exists a rich association of the garden with supernatural stories that trace back to early traditions of literacy in China. The Tang Xianzu,  manages to bring out a brilliant imagination and unique sophistication and complexity in the scene of the garden in his book, ‘The Peony Pavilion: Mudan ting’. The essay analysis the scene as well as looking at it literal qualities so as to better understand the meaning behind the scene.