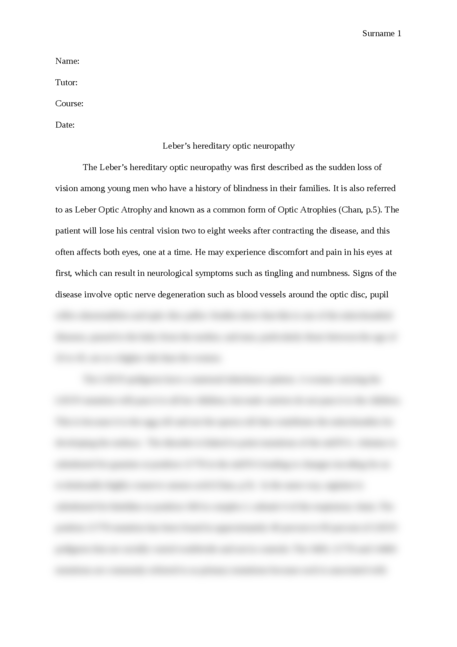 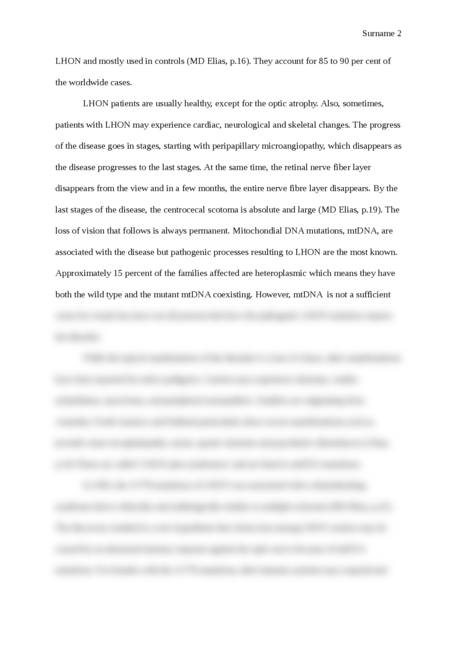 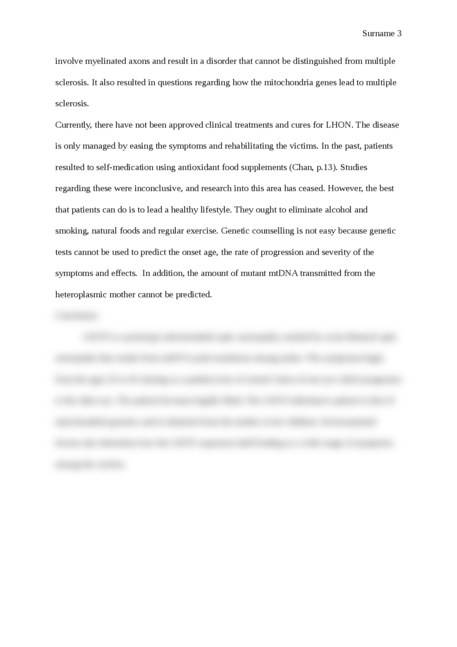 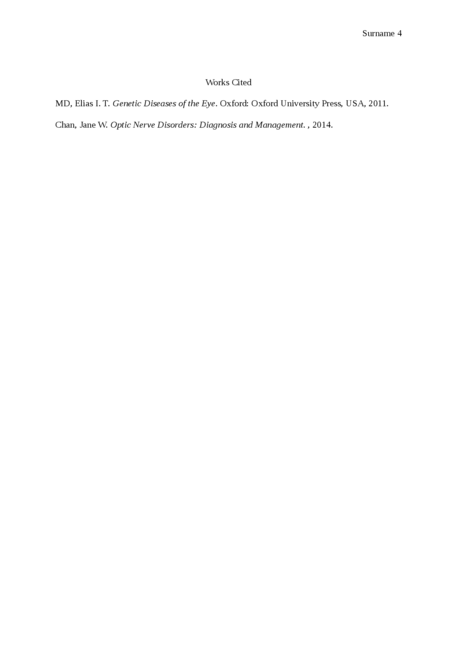 The Leber’s hereditary optic neuropathy was first described as the sudden loss of vision among young men who have a history of blindness in their families. It is also referred to as Leber Optic Atrophy and known as a common form of Optic Atrophies (Chan, p.5). The patient will lose his central vision two to eight weeks after contracting the disease, and this often affects both eyes, one at a time. He may experience discomfort and pain in his eyes at first, which can result in neurological symptoms such as tingling and numbness. Signs of the disease involve optic nerve degeneration such as blood vessels around the optic disc, pupil reflex abnormalities and optic disc pallor. Studies show that this is one of the mitochondrial diseases, passed to the baby from the mother, and men, particularly those between the age of 26 to 45, are at a higher risk than the women.

The LHON pedigrees have a maternal inheritance pattern. A woman carrying the LHON mutation will pass it to all her children, but male carriers do not pass it to the children. This is because it is the egg cell and not the sperm cell that contributes the mitochondria for developing the embryo. The disorder is linked to point mutations of the mtDNA. Adenine is substituted for guanine at position 11778 in the mtDNA leading to changes incoding for an evolutionally highly conserve amono acid (Chan, p.9). In the same way, arginine is substituted for histidine at position 340 in complex I, subunit 4 of the respiratory chain. The position 11778 mutation has been found in approximately 40 percent to 90 percent of LHON pedigrees that are racially varied worldwide and not in controls. The 3469, 11778 and 14484 mutations are commonly referred to as primary mutations because each is associated with LHON and mostly used in controls (MD Elias, p.16). They account for 85 to 90 per cent of the worldwide cases. 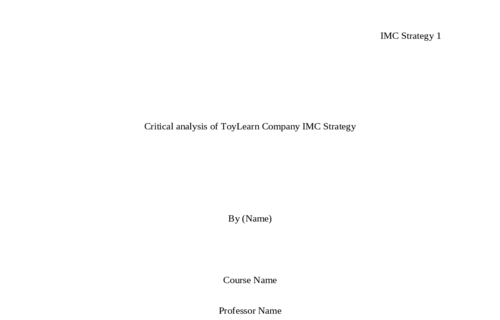