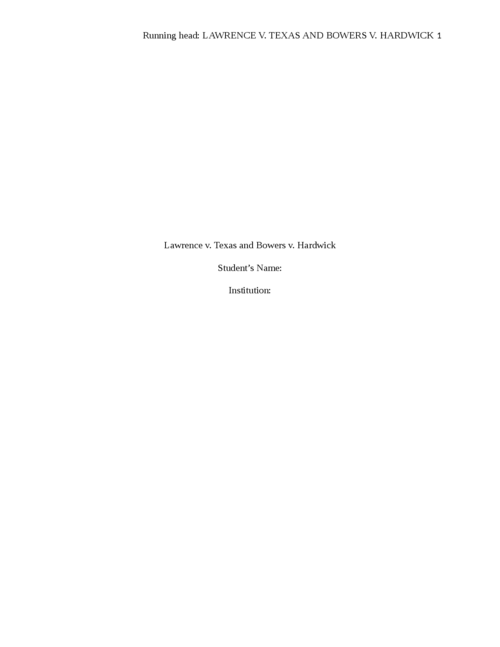 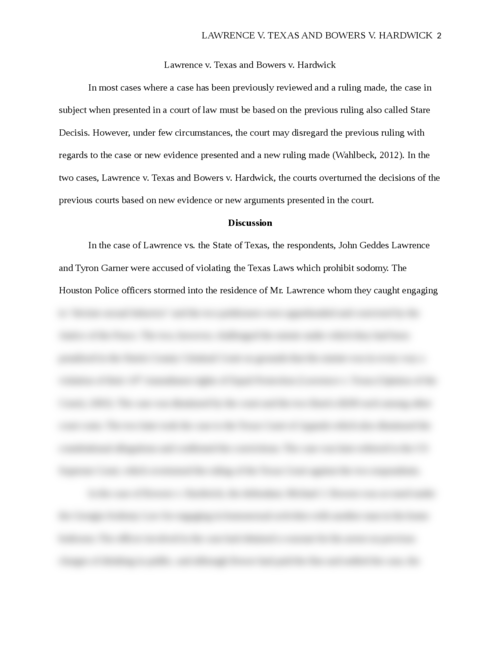 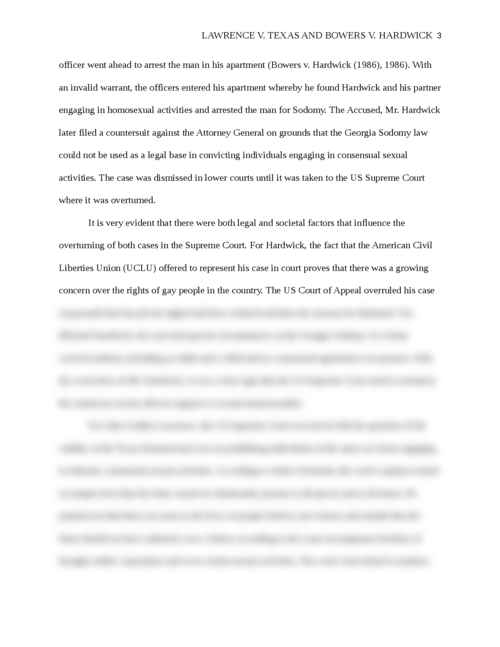 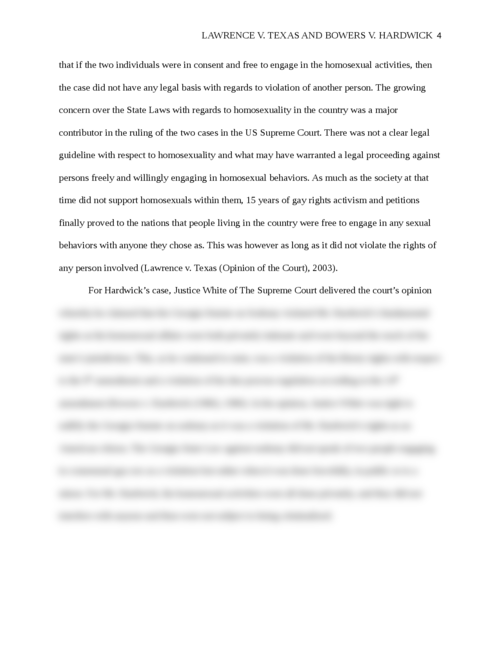 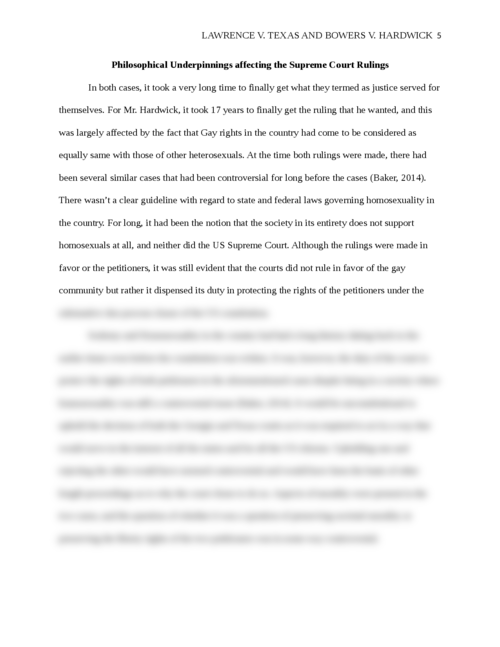 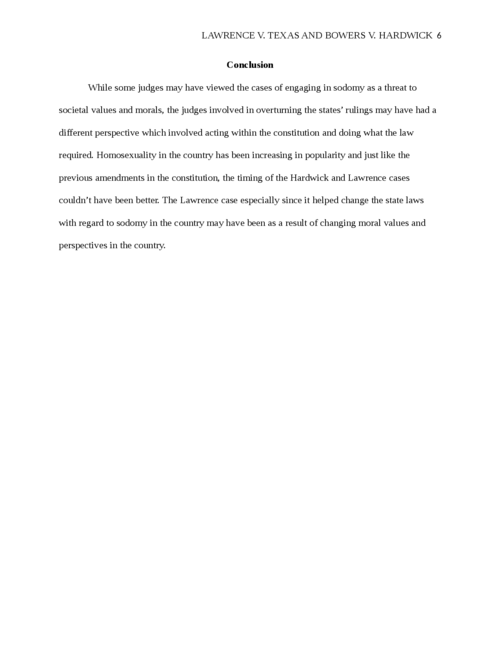 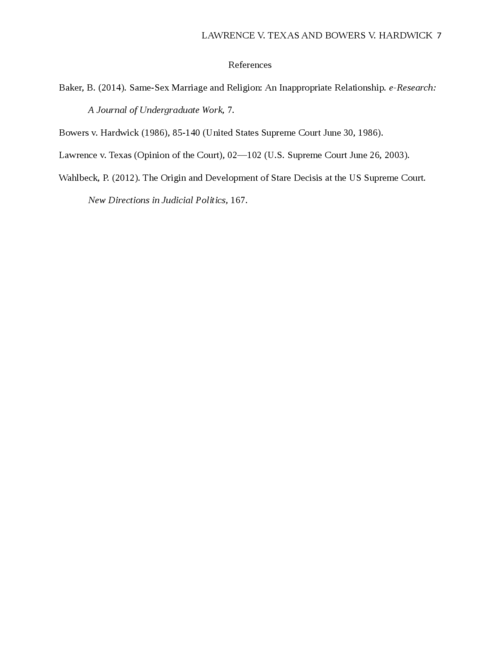 Read the U.S. Supreme Court decision in the following cases:

What societal factors may have caused the U.S. Supreme Court to abandon the rule of stare decisis in the Lawrence v. Texas and Bowers v. Hardwick cases?

Write a 5–6 page paper on the topic above and include the following:

Please note that the U.S. Constitution, and particularly the Bill of Rights, brings a philosophical perspective that has helped to shape constitutional law in the United States that should not be overlooked in this assignment.

In most cases where a case has been previously reviewed and a ruling made, the case in subject when presented in a court of law must be based on the previous ruling also called Stare Decisis. However, under few circumstances, the court may disregard the previous ruling with regards to the case or new evidence presented and a new ruling made (Wahlbeck, 2012). In the two cases, Lawrence v. Texas and Bowers v. Hardwick, the courts overturned the decisions of the previous courts based on new evidence or new arguments presented in the court.

In the case of Lawrence vs. the State of Texas, the respondents, John Geddes Lawrence and Tyron Garner were accused of violating the Texas Laws which prohibit sodomy. The Houston Police officers stormed into the residence of Mr. Lawrence whom they caught engaging in "deviate sexual behavior" and the two petitioners were apprehended and convicted by the Justice of the Peace. The two, however, challenged the statute under which they had been penalized in the Harris County Criminal Court on grounds that the statute was in every way a violation of their 14th Amendment rights of Equal Protection (Lawrence v. Texas (Opinion of the Court), 2003). The case was dismissed by the court and the two fined a $200 each among other court costs. The two later took the case to the Texas Court of Appeals which also dismissed the constitutional allegations and confirmed the convictions. The case was later referred to the US Supreme Court, which overturned the ruling of the Texas Court against the two respondents.