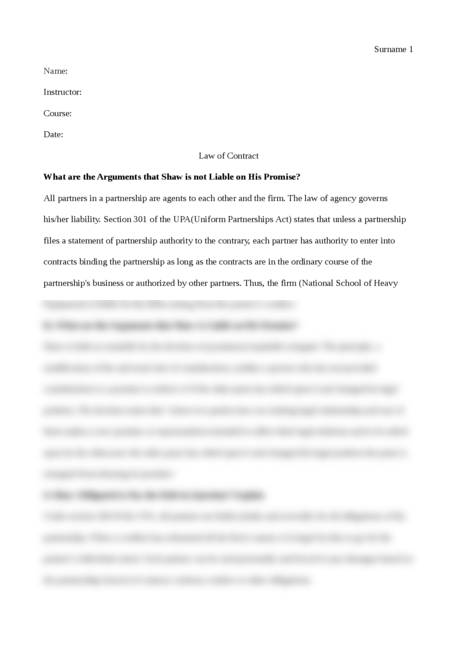 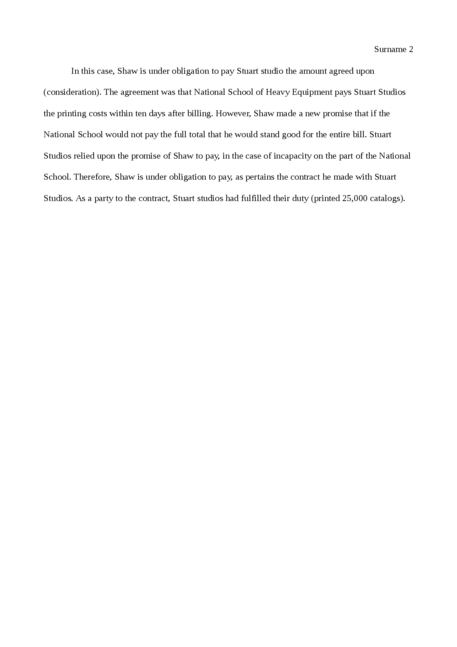 Stuart Studio, an art studio, prepared a new catalog for the National School of Heavy Equipment, a school run by Gilbert and Donald Shaw. When the artwork was virtually finished, Gilbert Shaw requested Stuart Studio to purchase and supervise the printing of twenty-five thousand catalogs. Shaw told the art studio that payment of the printing costs would be made within ten days after billing and that if the “National School would not pay the full total that he would stand good for the entire bill.” Shaw was chairman of the board of directors of the school, and he owned 100 percent of its voting stock and 49 percent of its nonvoting stock. The school became bankrupt, and Stuart Studio was unable to recover the sum from the school. Stuart Studio then brought an action against Shaw on the basis of his promise to pay the bill.

What are the Arguments that Shaw is not Liable on His Promise?