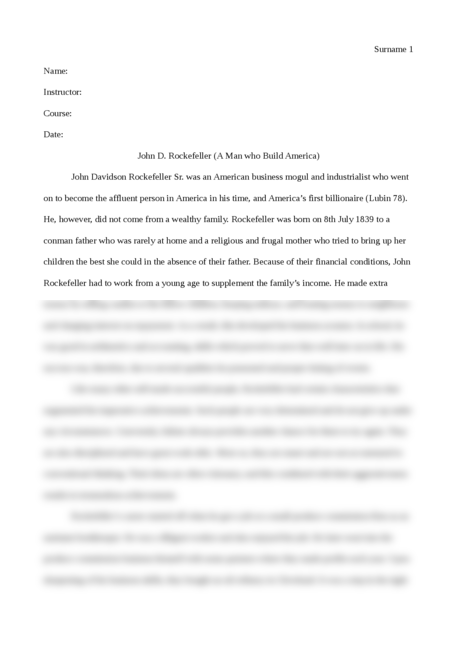 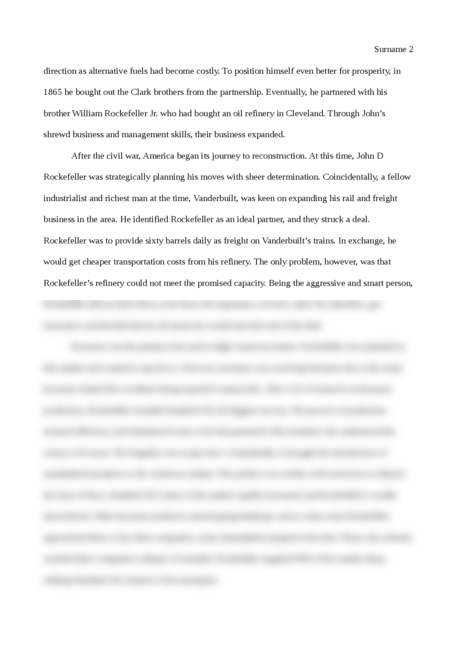 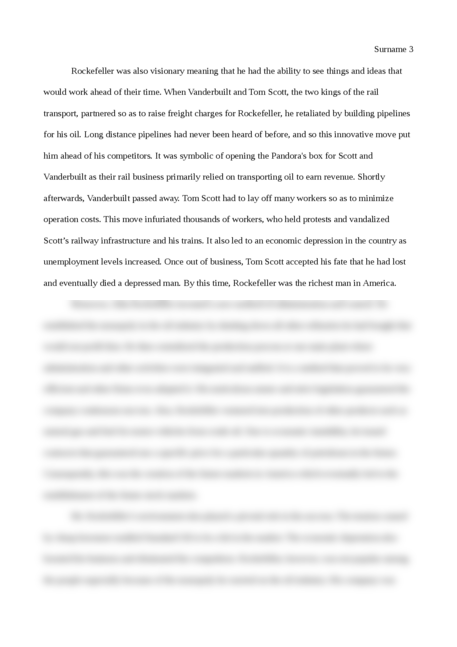 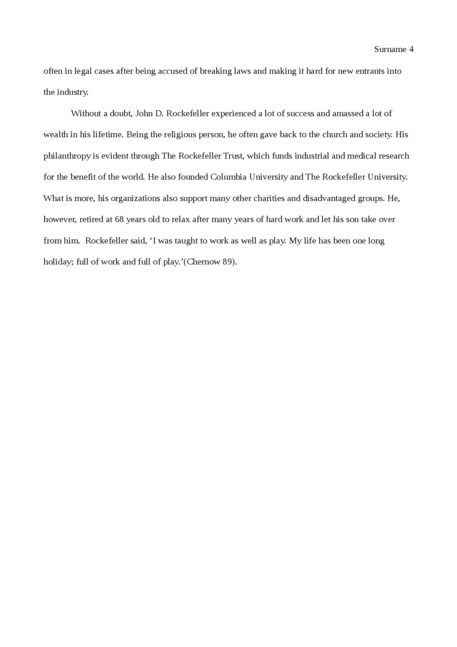 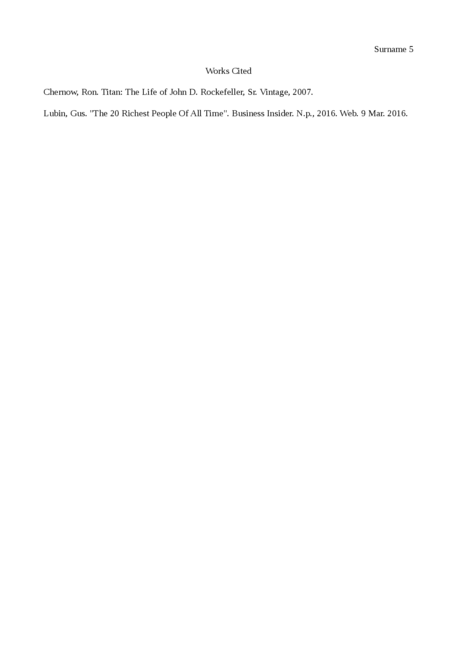 The paper is about John D. Rockefeller ( the men who build America). Highlight the main institution that enabled those individuals to succeed.

Analyse (not summarise) John D. Rockefeller character and his strategy and what could he do and the factors that helped him to succeed. Also how did the environment help him. pros and cons

John Davidson Rockefeller Sr. was an American business mogul and industrialist who went on to become the affluent person in America in his time, and America’s first billionaire (Lubin 78). He, however, did not come from a wealthy family. Rockefeller was born on 8th July 1839 to a conman father who was rarely at home and a religious and frugal mother who tried to bring up her children the best she could in the absence of their father. Because of their financial conditions, John Rockefeller had to work from a young age to supplement the family’s income. He made extra money by selling candies to his fellow children, keeping turkeys, and loaning money to neighbours and charging interest on repayment. As a result, this developed his business acumen. In school, he was good in arithmetics and accounting, skills which proved to serve him well later on in life. His success was, therefore, due to several qualities he possessed and proper timing of events.