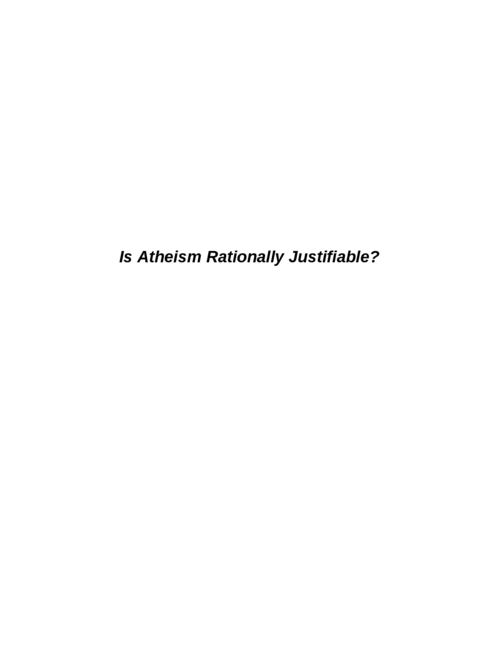 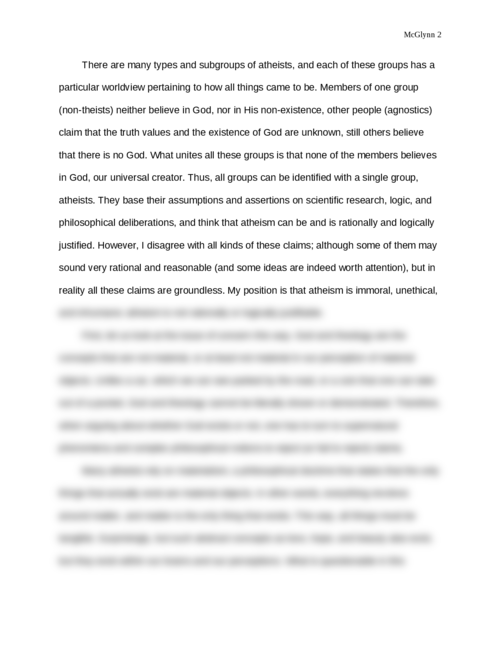 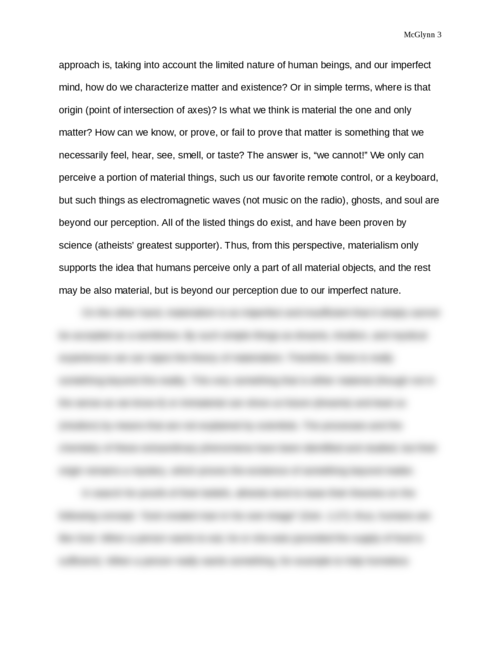 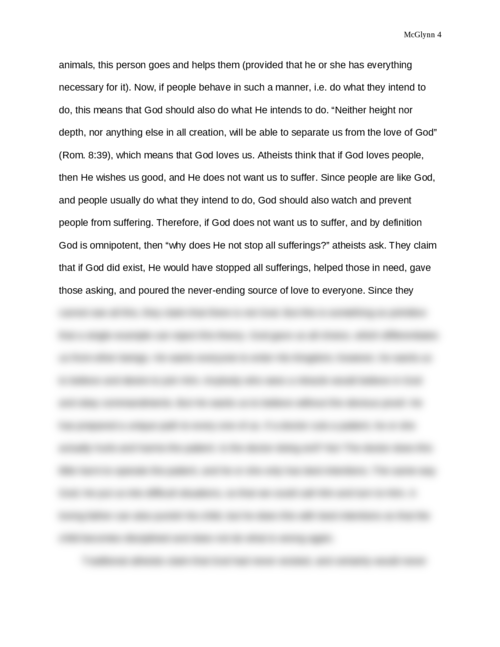 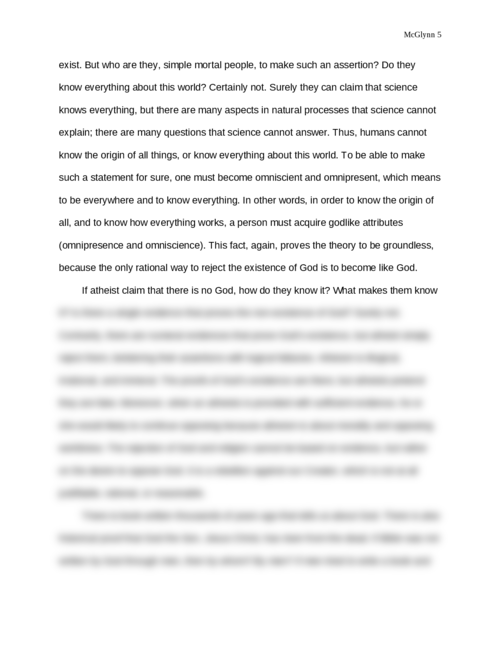 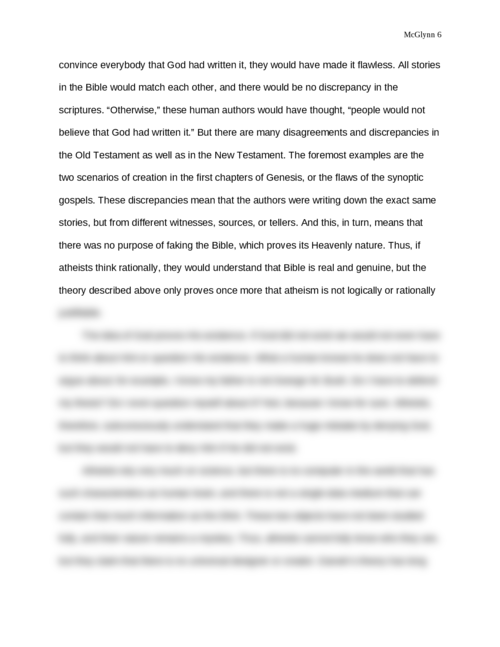 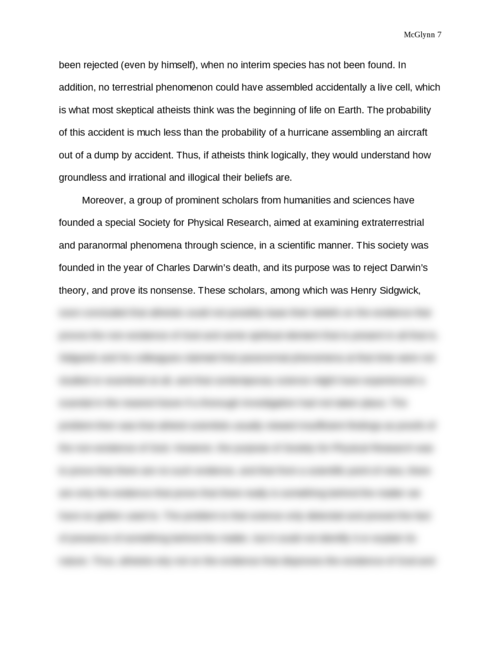 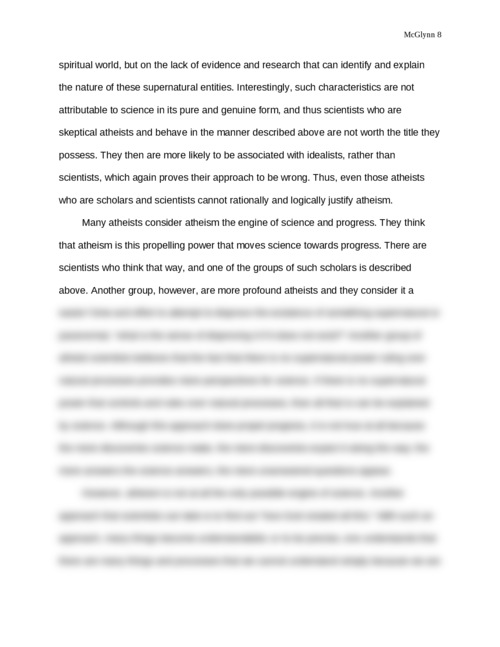 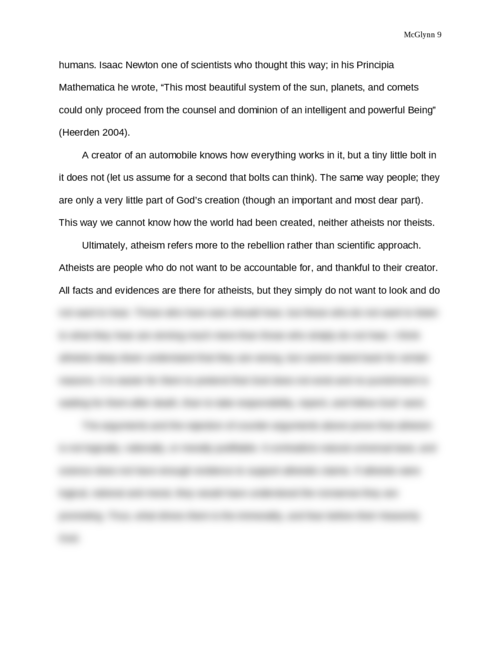 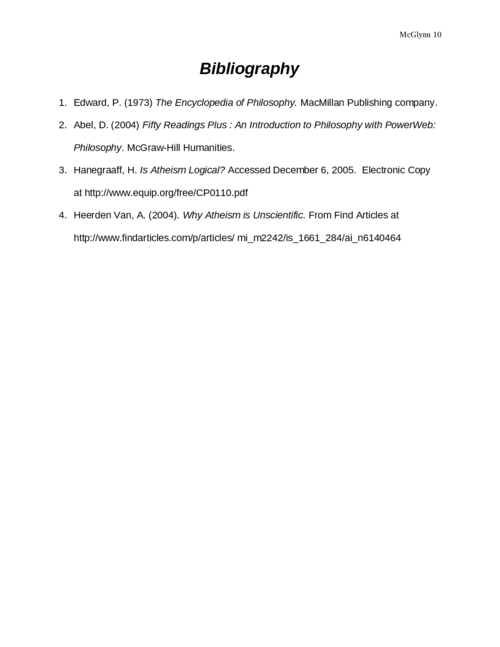 An 8-page position paper that is suppose to defend a carefully delimited position within the context of one of the general philosophical problem areas discussed this term.

I will be taking on the Philosophical agument on The Prolem of Evil: Is Atheism Rationally Justifiable? My position will be No, Atheism is not rationally justifiable. I will be using the N.b., The Encyclopedia of Philosophy, ed. Paul Edwards Volume 1 as one of the references. It's the section on Atheism. There are Atheistic arguments that might be helpful for the oppositional argument.

To collect data on the Atheist position. (to rebuttal it later) Another source will be the Fifty Readings Plus an introduction to Philosophy by Donald C. Abel to collect evidence to prove that Atheism is wrong.  Cite as much evidence but also include personal points/opinions. Use the citiations only for necessary argumentation reasons. ie: Rebuttal and the counter-argument.

There are many types and subgroups of atheists, and each of these groups has a particular worldview pertaining to how all things came to be. Members of one group (non-theists) neither believe in God, nor in His non-existence, other people (agnostics) claim that the truth values and the existence of God are unknown, still others believe that there is no God. What unites all these groups is that none of the members believes in God, our universal creator. Thus, all groups can be identified with a single group, atheists. They base their assumptions and assertions on scientific research, logic, and philosophical deliberations, and think that atheism can be and is rationally and logically justified. However, I disagree with all kinds of these claims; although some of them may sound very rational and reasonable (and some ideas are indeed worth attention), but in reality all these claims are groundless. My position is that atheism is immoral, unethical, and inhumane; atheism is not rationally or logically justifiable. 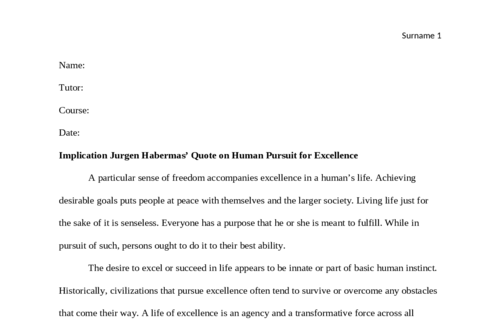