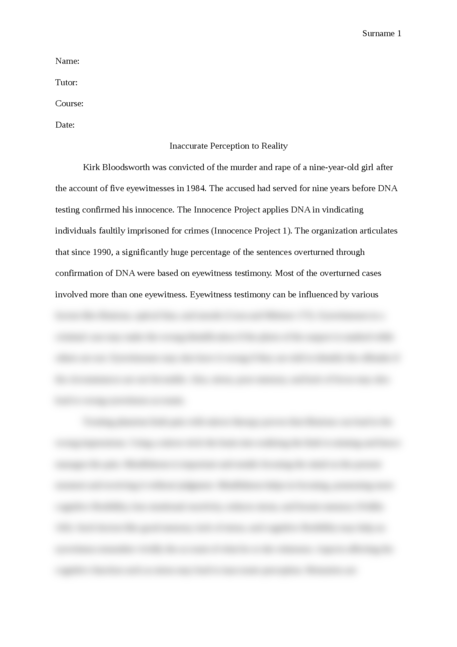 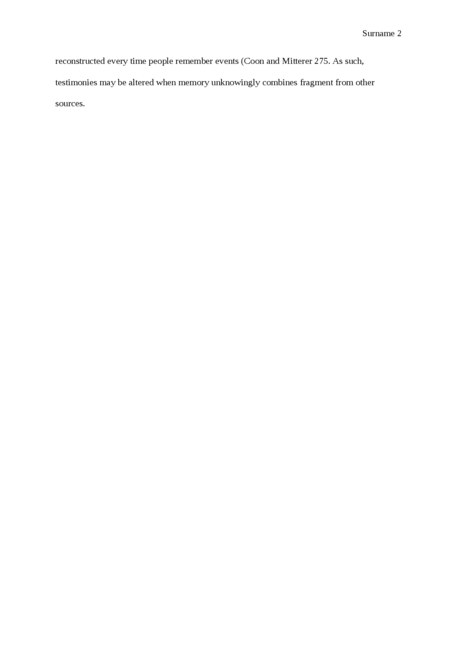 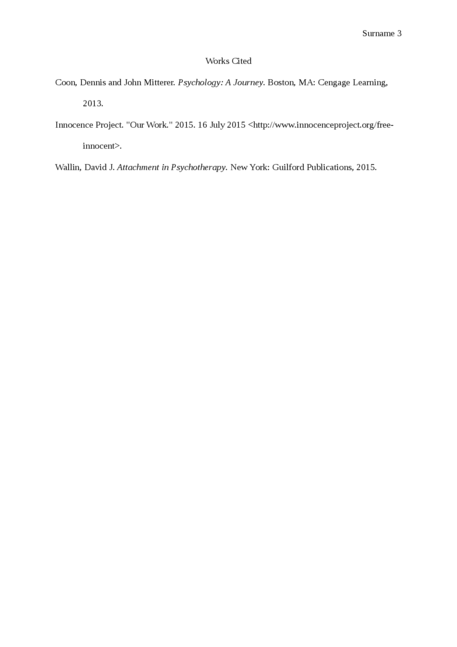 Give an example of when you or someone else had an inaccurate perception of reality. This can include anything from confirmation bias to optical illusions to how our moods influence our thinking.

You may also use real-life case studies where eye witness testimony was proven wrong. Using evidence from the readings from the classroom or from your own research in the Herzing, explain what caused this inaccurate perception.

Kirk Bloodsworth was convicted of the murder and rape of a nine-year-old girl after the account of five eyewitnesses in 1984. The accused had served for nine years before DNA testing confirmed his innocence. The Innocence Project applies DNA in vindicating individuals faultily imprisoned for crimes (Innocence Project 1). The organization articulates that since 1990, a significantly huge percentage of the sentences overturned through confirmation of DNA were based on eyewitness testimony. Most of the overturned cases involved more than one eyewitness. Eyewitness testimony can be influenced by various factors like illusions, optical bias, and moods (Coon and Mitterer 175). Eyewitnesses in a criminal case may make the wrong identification if the photo of the suspect is marked while others are not. Eyewitnesses may also have it wrong if they are told to identify the offender if the circumstances are not favorable. Also, stress, poor memory, and lack of focus may also lead to wrong eyewitness accounts.