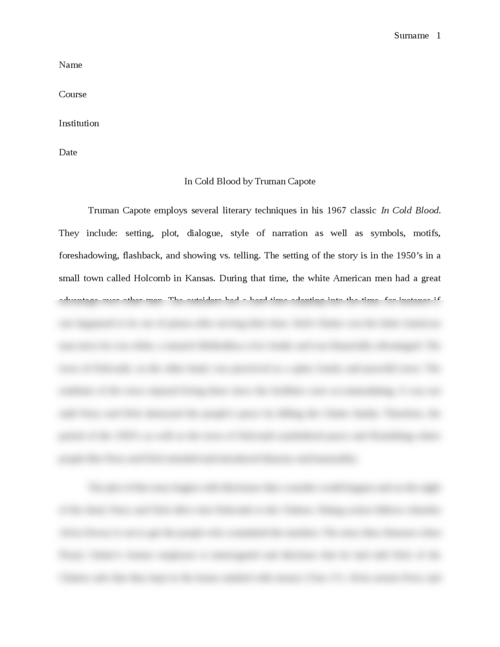 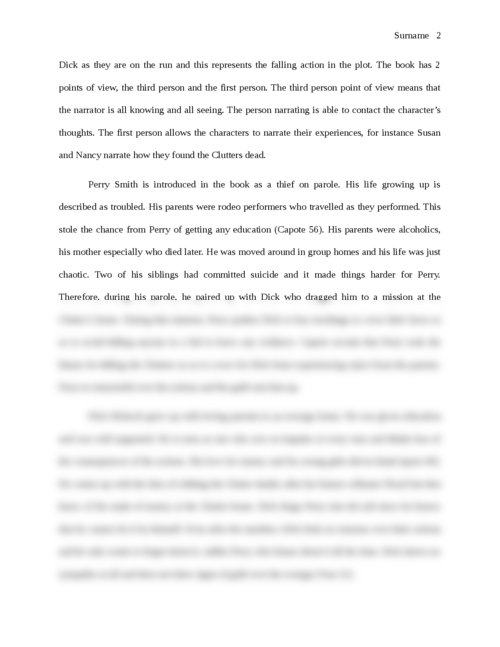 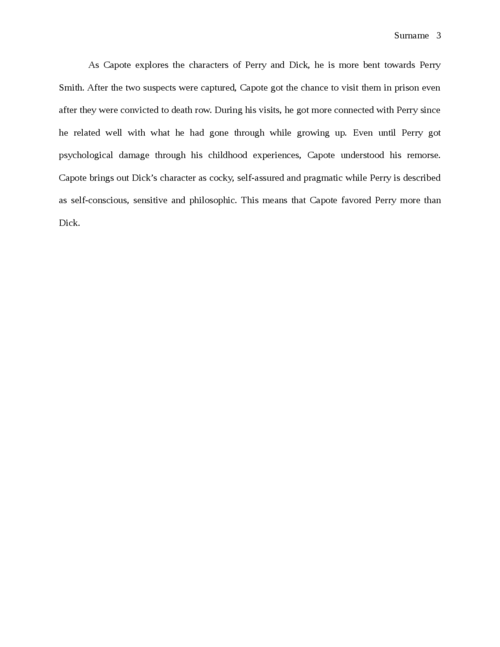 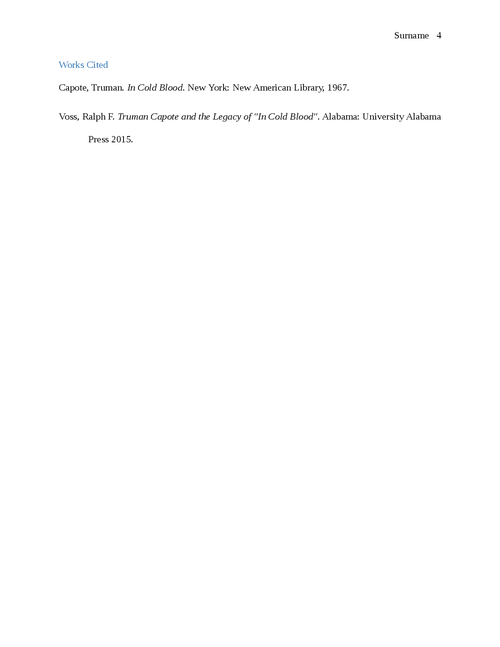 In Cold Blood By Truman Capote

For part one, write one well-developed paragraph that answers the following: What literary techniques—refer to our list of terms—does Truman Capote employ in telling this story? Pay particular attention to: the setting (e.g., You might describe the setting and note some of the details Capote uses to give the story a strong sense of place and make it vivid for the reader); plot (e.g., You might analyze the way the story is arranged, even down to the structure of individual chapters); the dialogue (e.g., How does he make it sound natural, etc.); and the style of narration (What is the POV? What are its limitations, etc.? Think hard about this; it’s tricky). Other possibilities include Capote’s use of symbols, motifs, foreshadowing, flashback, and showing vs. telling, etc. In general, how do the literary techniques used by Capote make the book more enjoyable to read?

Part 2: Perry or Dick? For part two, Focus on the two men at the heart of the murders. Who’s a worse human being (in other words, the more despicable one)? Pick one and then defend your answer with plenty of specific evidence (incidents, statements, etc.) from the text. Look into the background of each. Then explain why the other character is less despicable. Write two well-developed paragraphs, one on each character, for this answer.

Then finish with a somewhat shorter fourth paragraph that explores whether Capote favors one or the other character. What’s your evidence of this?

In Cold Blood by Truman Capote

Truman Capote employs several literary techniques in his 1967 classic In Cold Blood. They include: setting, plot, dialogue, style of narration as well as symbols, motifs, foreshadowing, flashback, and showing vs. telling. The setting of the story is in the 1950’s in a small town called Holcomb in Kansas. During that time, the white American men had a great advantage over other men. The outsiders had a hard time adapting into the time, for instance if one happened to be out of prison after serving their time. Herb Clutter was the ideal American man since he was white, a staunch Methodist,a civic leader and was financially advantaged. The town of Holcomb, on the other hand, was perceived as a quiet, lonely and peaceful town.