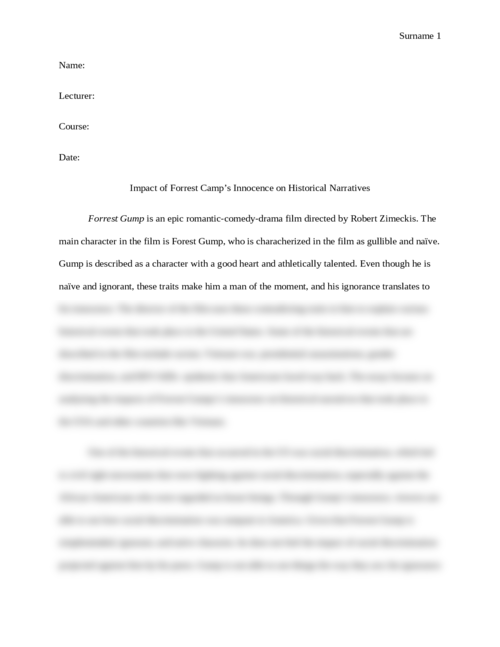 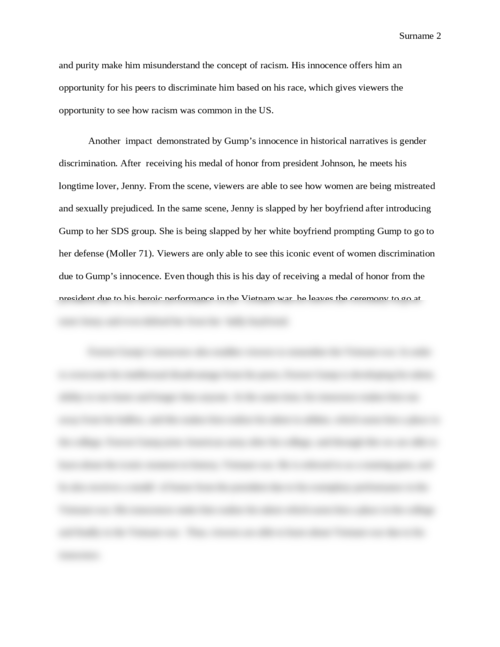 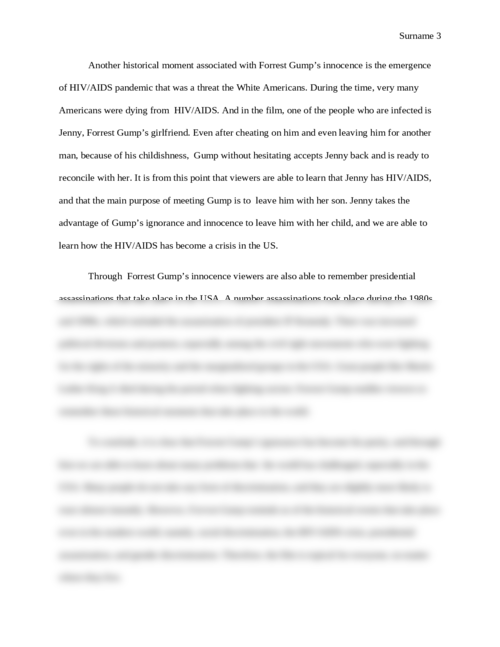 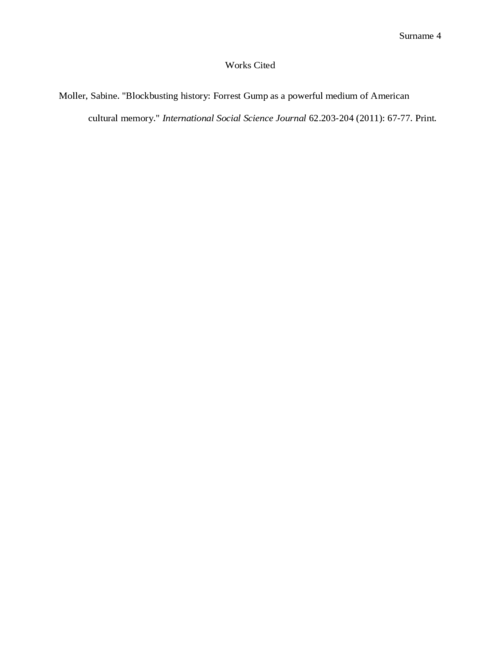 Forrest Gump positions viewers to be witnesses of historical events. We experience the events in the film through the character of Forrest Gump. Yet Forrest Gump is not a typical film hero. As Moller write, "his ignorance becomes a kind of innocence." Analyze the impact of Forrest Gump's innocence on the historical narratives being represented in the Film Gump.

Forrest Gump is an epic romantic-comedy-drama film directed by Robert Zimeckis. The main character in the film is Forest Gump, who is characherized in the film as gullible and naïve. Gump is described as a character with a good heart and athletically talented. Even though he is naïve and ignorant, these traits make him a man of the moment, and his ignorance translates to his innocence.The director of the film uses these contradicting traits in him to explain various historical events that took place in the United States. Some of the historical events that are described in the film include racism, Vietnam war, presidential assassinations, gender discrimination, and HIV/AIDs  epidemic that Americans faced way back. The essay focuses on analyzing the impacts of Forrest Gumps’s innocence on historical narratives that took place in the USA and other countries like Vietnam. 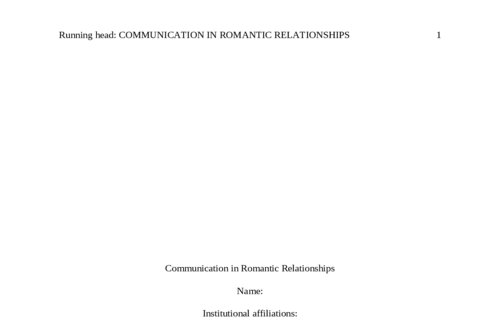